When I learned Canon was sending a C300 Mark II my way, I expected a large brown box to arrive with a C300 plus an EF zoom lens. You can imagine my surprise when the large shipment shown in Figure 1 arrived. 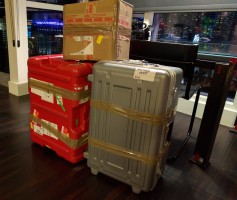 The first case I opened had the C300—dwarfed by the Zacuto rig on which it was mounted. The rig consisted of Zacuto’s Pro Baseplate, a universal plate with VCT wedge, a shoulder pad, a quick release mount for the C300, a carrying handle, and a Zacuto Axis Mini mounting arm for the Zacuto Gratical.

The Zacuto Gratical viewfinder has a 1280x1024 OLED display containing 5.4 million pixels—well beyond HD, but still short of 4K (Figure 2).  It has dozens of features including zebras, false color, and peaking. 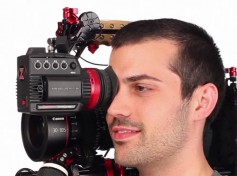 The rig’s rear had a V-mount battery plate with battery. (The accompanying brown box contained the IDS charger.) The rig with battery weighed almost 20 pounds. And, a lens had yet to be mounted.

The 17-20 Canon Cine Zoom has a servomechanism as would be typical of an ENG zoom lens. The servo is controlled by an on-lens microprocessor that has a small display which enables you to set custom parameters. I didn’t use servo control because it was a rare opportunity to enjoy the feel of a high quality optical mechanism. The 300-degree focus rotation was delightful to use. Figure 4 presents an overview of Cine-Servo’s specifications.

The C300 Mark II itself is a relatively small and lightweight (under 3 pounds) camera as shown in Figures 5 and 6. 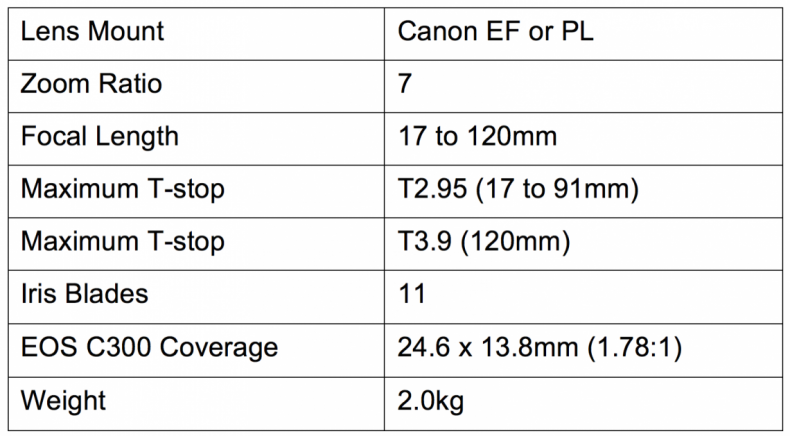 Because the camera’s OLED viewfinder was blocked by the Zacuto rig; I used the C300’s 4-inch LCD monitor for set-up. The monitor can superimpose a waveform display over the camera’s image. This made it simple to set exposure when shooting Canon’s Log 2 gamma. Figure 7 shows the very flat image captured with Canon Log 2 gamma. 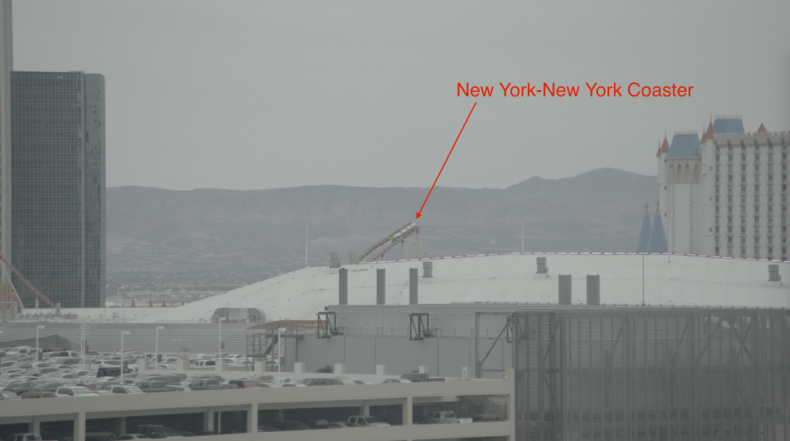 The C300 offers a large set of gamma curves: BT.709, WDR (a flattish curve that can directly be used as though it were BT.709), multiple Normal curves, an EOS curve, Canon Log, and Canon Log 2. Canon specifies that both log gammas (Figure 8) provide a 15-stop dynamic range; log 2 pushes further into the highlights. 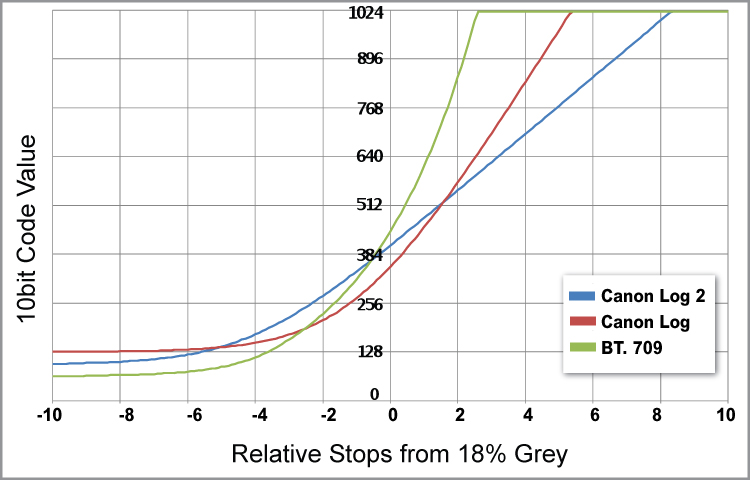 The Dual Pixel system also works when manual focus is used. It enables a shooter to “see” (EVF, monitor, external monitor) whether the focus point is in front of or behind the subject. See Figure 9.

The C300 provides a large set of color spaces: REC.709, DCI-P3, ITU REC.2020 as well as Canon’s Cinema gamut. The latter is far larger than REC.2020 and has been designed to provide a gamut far closer to that provided by motion picture film. An ACES workflow is also supported.

Figure 10 shows how an external 4K recorder can record RAW data from the C300. I used the joint CFast card and SD card workflow. 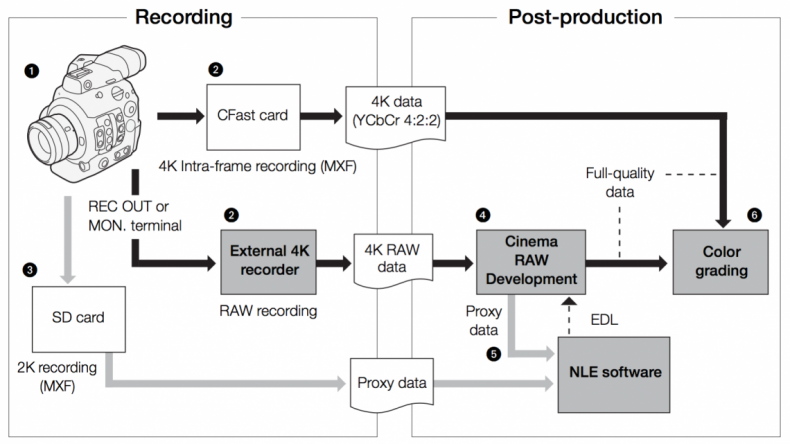 Figure 11 shows the camera’s side-mounted controls. Although very different from the way video and audio controls have been traditionally placed on camcorders, I liked the way the C300’s controls were organized. The clickless, backlit buttons, could be used even when shooting. 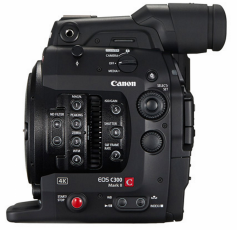 The C300 Mark II can record with a number of frame resolutions, bit-depths, and types of color sampling. Figure 12 presents the many options. 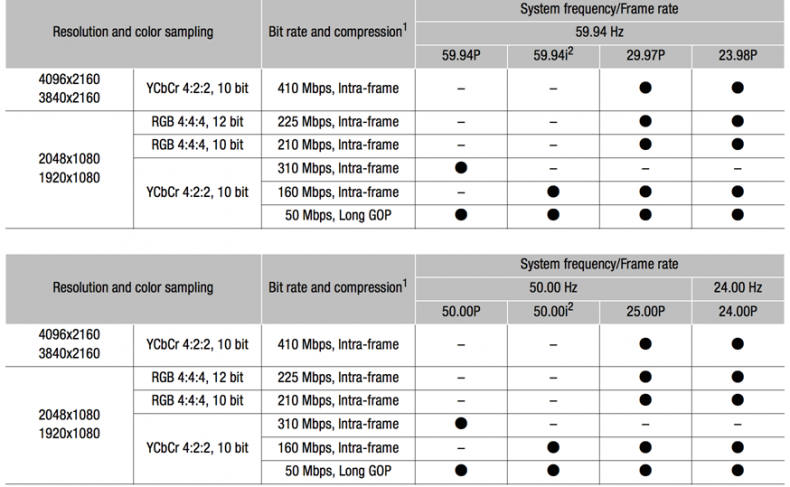 Looking at Figure 12, you’ll see there are essentially three performance levels: YCrCb 4:2:2 at 10-bits (for DCI 4K and UHD), RGB 4:4:4 at either 10-bits or 12-bits (for DCI 2K and HD), and YCrCb 4:2:2 at 10-bits (again for DCI 2K and HD). Note that at all resolutions the C300 records 4:2:2 data—a significant improvement over the more common 4:2:0 recording. And, at all resolutions, the camera records with at least 10-bits which is the minimum sample depth when recording Canon Log 2 video. What’s not shown is that NTSC and PAL cameras can be set to a system frequency of 24.0Hz so all can capture 24p.

At capture rates greater than 30fps, only one-quarter of the sensor can be read-out. Therefore, a center crop is performed which limits 2K/HD color sampling to YCrCb 4:2:0. Recording at rates above 30fps also restricts data depth to 10-bits.

While 2K/HD can be recorded at up to 120fps, when shooting 4K/UHD, the frame rate is limited to 30fps. For some shooters this limitation is a serious one. Moreover because of the differences between 4K/UHD and 2K/HD—4:2:2 at 12-bits verses 4:2:0 at 10-bits—I suspect the usual strategy of upscaling 120fps 2K/HD to 4K/UHD will yield a too visible loss in image quality. Figure 13 presents the C300’s possible frame rates. 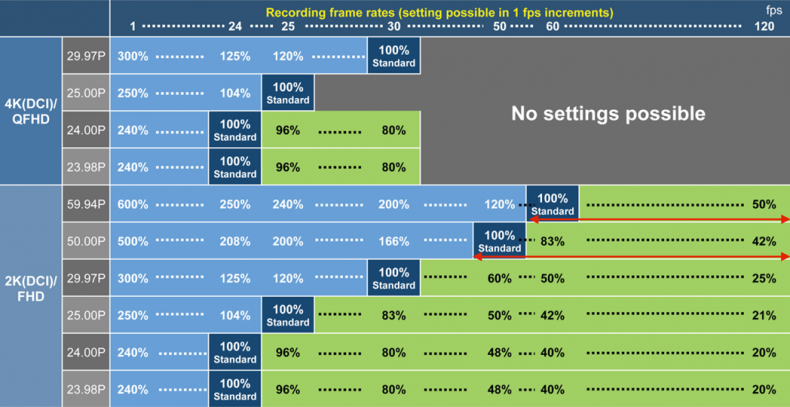 Figure 13: Red-arrows indicate when the 4K sensor is cropped to 2K

The C300 employs Canon’s H.264-based XF-AVC codec. XF-AVC files, in an MXF wrapper, could not be played with Apple’s QuickTime players— although VLC could play the files. Resolve 12.5, Premiere CC, and FCP could read the MXF files. FCP X, however, must be at version 10.2.3 to work with the XF-AVC files. (Four channels of 16-bit or 24-bit audio are recorded with the video.)

Simultaneously with recording to the CFast card, HD 4:2:0 Long-GOP proxy files can be recorded to an SD card. The H.264-based compressed files are recorded at 24- or 35-Mbps and are also MXF wrapped.

I found the MXF Proxy files to have the same playback limitations, as did the full quality MSF files.

Canon’s website hosts a set of C Log and C Log2 LUTs that I downloaded for use with Resolve. I also employed Resolve 12.5 to grade C300 p23.98 UHD clips. Figure 14 shows my grade of a Canon Log 2 clip. 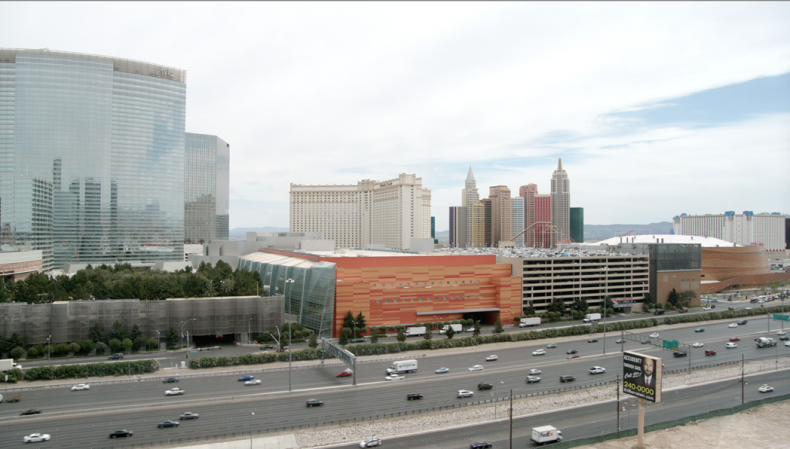 There is little point in my commenting on the quality of the images captured by the Canon C300. First, because one would have to qualify any judgment as being based upon which of its many gamut and gamma settings were used. Second, log cameras that rely on grading effectively prelude one from commenting on a camera’s look.

What I will point-out is that when the BBC evaluated the C300, they reached two conclusions: “The recording coder bit-rates … and bit-depths … would qualify the camera for R.118 Tier 1, for both HD and UHD. The sensor size qualifies it for Tier 1 but UHD requires full resolution (3840x2160) in each of RG and B. Therefore the camera can qualify for Tier 1 in HD but only for Tier 2 in UHD.”