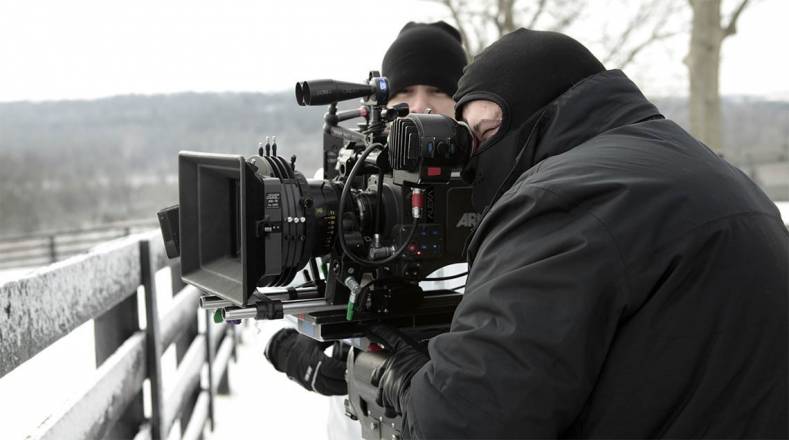 Kimlin with Alexa and Cooke lens in the Kentucky winter.

DP Kris Kimlin used an ARRI Alexa on the shoot with Cooke S4/i 18mm, 25mm, 35mm, 50mm, 75mm, and 100mm lenses. Kimlin is no stranger to Cooke, having used a variety of Cooke Anamorphic/i lenses on two features, plus a number of other Cooke lenses in a host of television commercials. He is so confident of the performance and look of Cooke lenses, that a formal lens test was not conducted. 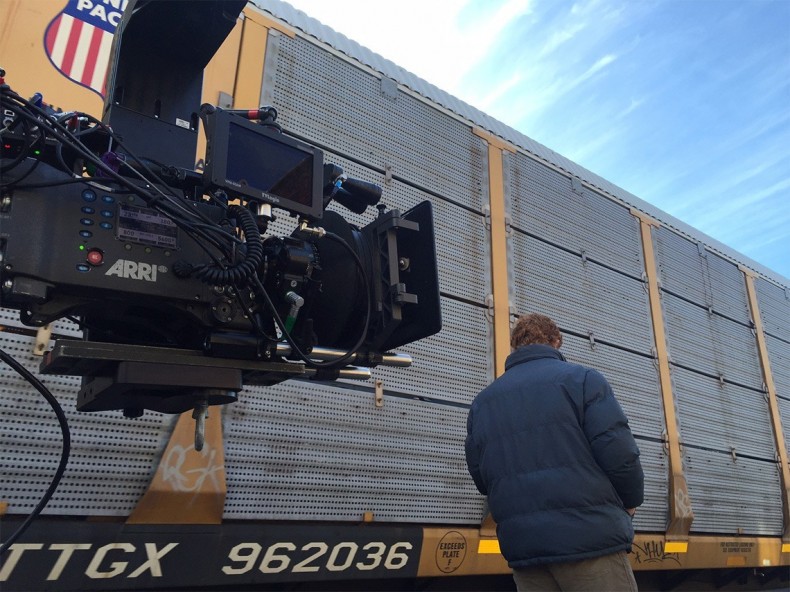 Kimlin considers Kentucky in winter a shooting paradise, where the sun sits low in the sky. For exterior scenes, he used lots of bounced lighting instead of exterior lights. Even interior night scenes used small 2Ks, muslin bounces and many practicals for a more natural look.

“The Cooke lenses allowed me to shoot wide open at 2 or 2.8 as the sun sets quickly in Kentucky, without any distortion, giving a crisp image with texture and warmth that other lenses don’t have,” added Kimlin. “Whether shooting wide open or closed, Cookes hold their value, giving a dimensionality to the face like no other lenses do – and I depend on that.

JL Ranch is scheduled to premiere on Hallmark Movies & Mysteries, formerly the Hallmark Movie Channel, in the U.S. in August, 2016.