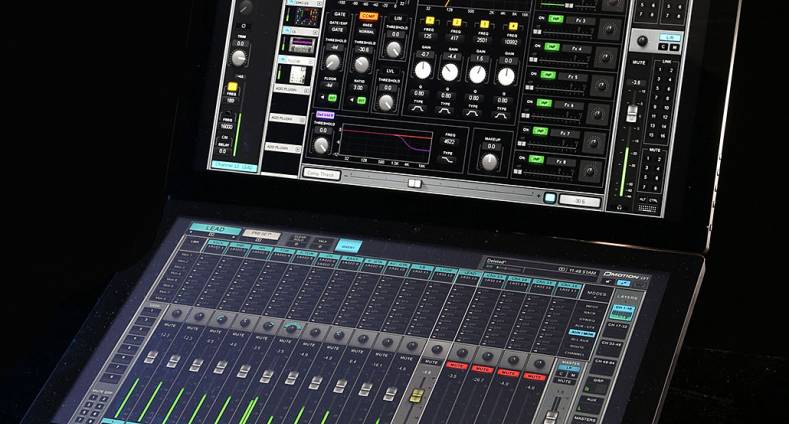 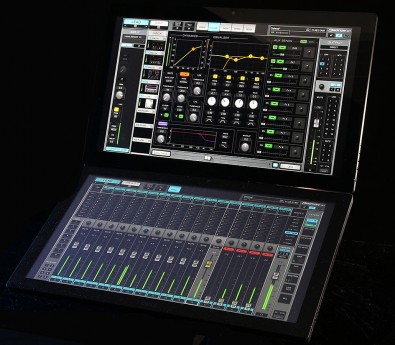 The LV1 offers users control over every aspect of the audio. Each of the mixer’s channels has its own plugin rack capable of running up to eight Waves and third-party plugins, meaning users can mix live with hundreds of their favorite plugins — all running inside the mixer itself.

All plugin presets and chains saved in eMotion LV1 can be shared with the Waves MultiRack and StudioRack plugin hosts, enabling users to move between live and studio environments.

The mixer’s channel strip — its standard EQ, filters and dynamics processing — is provided by Waves eMo plugins. These include eMo D5 Dynamics, eMo F2 Filter and eMo Q4 Equalizer, each designed for maximum clarity and efficiency in a live environment.

Users can control eMotion LV1 with industry-standard hardware controllers, multi-touch screens and diverse portable devices. Whichever control device is used, the LV1 has the same workflow — with a user interface built for flexibility and speed.

There are 16 axes, eight audio groups (stereo/mono), L/R/C/Mono, eight matrixes, 16 DCA faders, eight mute groups and eight user-assignable shortcut keys. The device has a 32-bit floating point mix engine and up to 96 kHz sample rate. It can connect to diverse SoundGrid I/Os and drivers and to multiple DAWs. It’s both Mac and Windows 64 bit compatible.