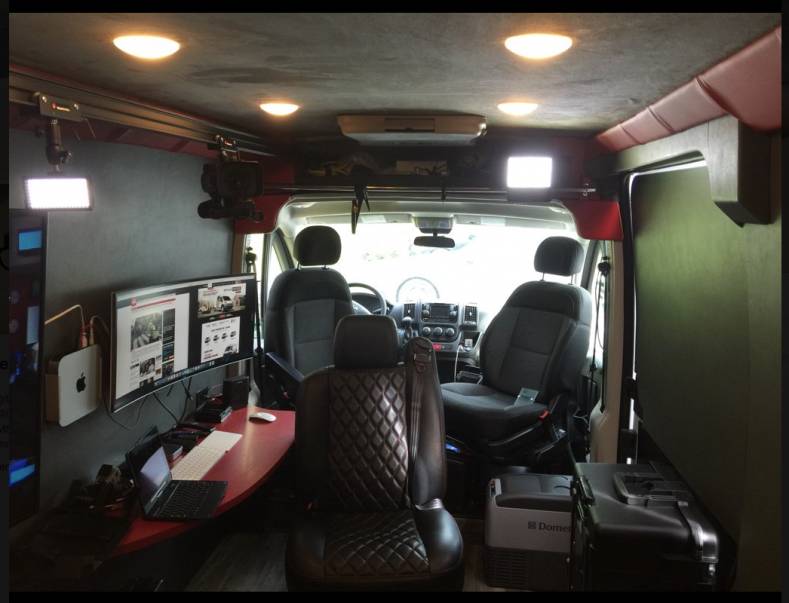 CNN en Español, CNN’s Spanish language channel, has built two new social media production studios on wheels that have just hit the road, with the idea to use its social media presence to let people know where the vans will be and create events around the places to where thley; travel.

They call them “CNN en Marcha” (CNN on the move) and both are equipped with the tools required for social and mobile storytelling. 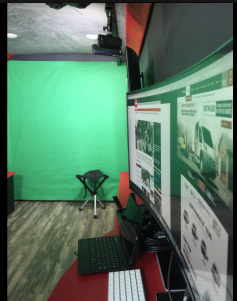 The new social media vans include a small green screen wall at the front end for instant compositing of new anchors.]

“We could have used our broadcast quality equipment, but we decided on purpose to use gadgets and products that people can actually buy themselves to prove you don't need super high quality things to do this kind of work,” he told the website Journalism.co.uk:

Of the two Sprinter van vehicles, the larger one will be based on the East coast of the U.S. while the other will be on the West coast. The larger one has space for three people: a producer, a reporter and the driver, who can also help out with the coverage. In addition, everything in the truck can be detached and taken out into the field to perform outside mobile reporting.

Everything from filming to editing and the post-production process is to be done using the equipment and technology available in the vehicle, without requiring an actual full-scale studio. The crew will also be able to live stream directly from the van using Teradek encoder/steaming system (because as it's compatible with Facebook Live). 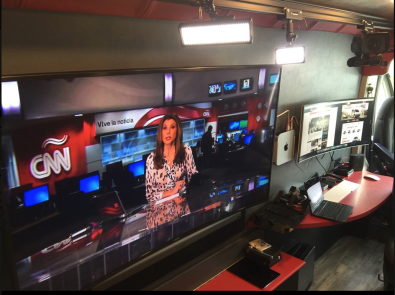 The “CNN en Marcha” vans include all of the tools required to create and distribute social media content in the field.

There is also an iPad stand to use as a “Twitter Mirror” that will allow the team to engage with bystanders and their online audience wherever they are.CNN en Marcha also pans to cover major TV events like the Latin Grammys, sports, political conventions and election night. The studio on wheels may also be used for breaking news events.

"The idea is to use our social media presence to let people know where we will be and create events around the places we go to, to encourage them to show up and talk about it," Munoz said.