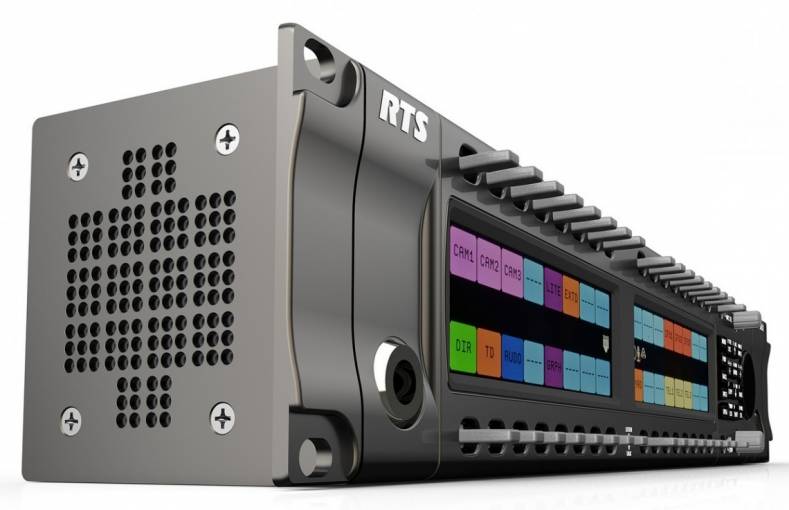 The 2016 Summer Olympics are due to start on 5 August. The Olympic Torch is already making its way through Brazil towards the Barra da Tijuca in Rio de Janeiro and details of some of the technology and equipment that will be used to broadcast the event to an international television audience are beginning to appear. The main coverage of Rio 2016 will be in high definition and 5.1 surround sound but there will also be 8k Super High Vision and 4k production, with 22.2 immersive audio.

Among the manufacturers supplying systems for this year's Games are intercoms specialist RTS and storage developer Spectra Logic, both of which will be working with US broadcaster NBC Olympics. RTS has supplied communications systems to the NBC Sports Group division for previous Olympics but this is the first time the manufacturer's OMNEO media networking technology has featured at such an event.

OMNEO is based on Audinate's Dante Ethernet/audio over IP format for carrying media and data, with system control provided by OCA (Open Control Architecture) technology. It is intended to run on commonly installed IT equipment, which is claimed to make installations easier to put in and run.

"We are proud of our long-standing partnership with the NBC team," comments Ralph Strader, director of global product management for RTS. "The RTS equipment list for NBC's Olympics coverage in Rio is extensive, including OMNEO, RVON, IP trunking, ADAM intercom matrix and intercom panels." John Pastore, director of broadcast communications for NBC Sports and Olympics, added, "NBC Olympics has a long history of using RTS products for its coverage of the Olympic Games. By using RTS' OMNEO and IP Trunking services, we will once again be able to expand the boundaries of intercom communications during our coverage of the Olympic Games."

NBC Olympics will also be using two Spectra Logic T50e tape libraries as part of its on-site operations at the International Broadcast Centre (IBC) during Rio 2016. These will form the basis for both video archiving and disaster recovery, supported by an eight-frame Spectra TFinity tape archive, T950 library and LTO-6 drives at the broadcaster's data centre in Stamford, Connecticut.

Host broadcaster Olympic Broadcasting Services (OBS) will be producing feeds in HD and 5.1 but with higher resolution material and new technologies also available. OBS is collaborating with NHK of Japan to offer some events in 8k Super High Vision at resolutions of 7,680x4,320 pixels, which are 16 times those of HD. This will be accompanied by 3D audio using the 22.2 format. In addition 4k footage will be available using the UHD-1 standards.

Another first for the Olympic Games will be the use of virtual reality (VR), which will feature on Opening and Closing Ceremonies, as well as a highlighted sport each day.