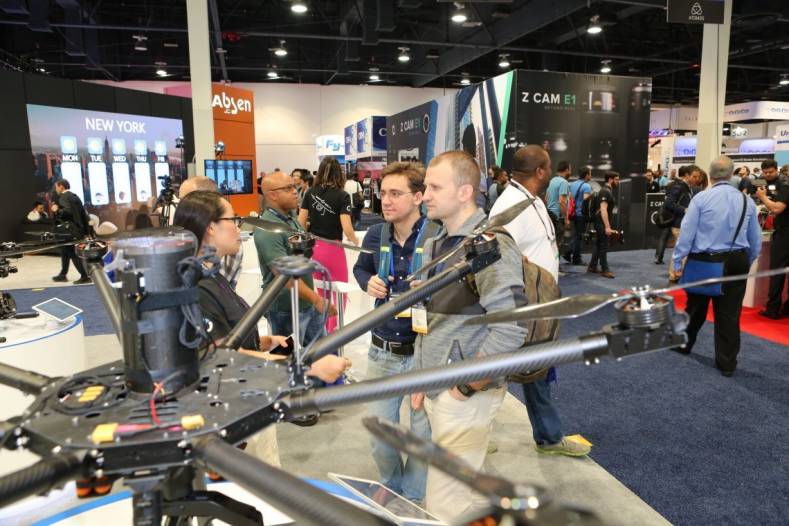 The hot topics at NAB 2016 included ATSC 3.0, 4K, UHD and HDR. One colleague said that his take away from the show was it’s all about UHD and HDR. I’m confused, I didn’t see any UHD or HDR production products.

I attended one pre-show conference that did have a presentation by the founder of the UHD Alliance. The audience seemed confused about how that was relevant to the decisions they needed to make with regard to new technology solutions. These professionals had serious equipment decisions to make and were looking for trend knowledge and some guidance. It did not happen.

On the IP front there was some news. I saw plenty of people wearing AIMS lapel buttons. ASPEN joined AIMS. NewTek announced NDI and Evertz announced they will accept any format. At a few booths I asked if the servers would accept an IP input stream, and quickly realized my Martian Language skills are a bit rusty.

Don’t talk about that

Another colleague told me that at one of the large manufacturers pre-NAB meetings, the sales teams were specifically told not to talk about IP. The company investment in SDI and SDI product production was too great to change and that they still had a large inventory of product. The company strongly felt their customer base wanted them to stay SDI for now.

One of my favorite mobile guys is building ten new trucks and only the two U.S.-based trucks are IP. The mobile truck companies build their trucks based on customer production requirements. It’s not a good business model to build a truck with the latest technology that no one wants. That was the trouble with 3D and now 4K. But, IP is a different and messy situation.

Cloudy with a 10% chance of IP

There were some panel discussions that tepidly acknowledged that IP is coming. Most of the post-NAB roadshows are about ATSC 3.0, UHD and HDR—not IP solutions. There were multiple vendors who have moved their products completely to the cloud. But what does that have to do with IP?

There were a few discussions led by AIMS and ASPEN champions, but I found more people and vendors with little clue about what was going on with IP Standards and when they should take IP seriously. It’s almost as confusing as the file system discussions at the storage exhibits. One of the show buzzwords was SMPTE 2022.

I had some interesting conversations about file acceleration and WAN optimization. There are a few competing technologies and methodologies in that space. These have to do with packetizing the packet multiplexing concepts. And you cannot talk WAN without including bandwidth utilization and optimization.

The IP standards continue to be elusive, even though there are actually a few “IP Ready” products. The IP live production demonstration shown at IBC pretty much stayed on that side of the pond.

In one discussion group, a panel of senior engineering managers mused about IP implementation. The reality is everyone has a substantial investment in SDI. If only one device breaks, it is more practical to replace it with a like device and not have to rebuild an entire core infrastructure.

But that’s been the reality with every transition. While few are willing to forklift replace their SDI infrastructure, the reality is that much of their core already is IP. Regardless of the live IP format, broadcasters and production houses transport over the same switch fabric, use the same servers and storage and the devices are managed by the same applications. A few vendors I talked to blamed the delay of IP solutions on the lack of sufficient small form-factor pluggable (SFPs) interfaces. It almost sounded like there was only one vendor and it was all their fault. 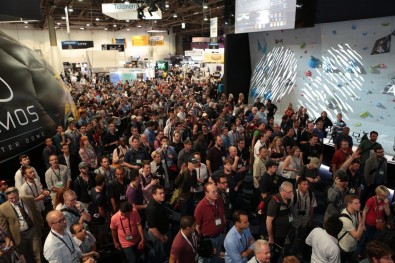 The NAB 2016 exhibit halls were full as a record 103,000 attendees and vendors sought new partnerships.

Following my own advice

One of my current projects is designing a multi-studio broadcast center for a new network to be located outside the U.S. My goal is to have it potentially be the first all IP broadcast center. This facility will house a commercial news and entertainment network.

One of the interesting dynamics is that due to the financing structure it needs to be built with technology and services from U.S. companies. That means the solutions need to be made in the U.S. with U.S. materials. One of my missions at NAB was to find U.S. companies whose IP products are substantially made from U.S. materials using U.S. R&D and U.S. software.

More success than I expected

I learned that about the only things we cannot truly source as U.S. products are cameras, lenses, computers, and network switches. There are IP solutions we can use, but they are not from U.S. companies.

So now I am sure everyone is sitting on the edge of their seats wondering which format I chose for this new channel. Well that’s for another article! Apparently there are a few projects underway in different parts of the world all vying to be the first true all IP broadcast center. 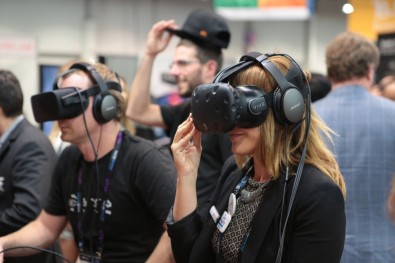 VR remained high on the list of experiences at NAB 2016. All photography Robb Cohen.

So as I write this, we are finalizing the technology selection and developing the full design. Once the project receives final approval, I will fully document the adventure and keep The Broadcast Bridge readers up to date on the progress. From start date to air, we have only 12 months, which includes shipping, local installation and local commissioning.

In summary, IP continues to be the “uninvited and unwanted new family member” of the industry. While the new ATSC 3.0 standard is getting lots of attention, I suggest that OTT, while still in its infancy, will be its direct competitor.

UHD and HDR have more relevance at CES. VR and drones remain the shiny new toys on the show floor. While 4K imagery is making its way onto the stage, broadcasters realize the only way it can really work is via IP. Interoperability is a big concern for both manufacturers and customers and any agreement on a single standard remains elusive.

Gary Olson’s book Planning and Designing the IP Broadcast Facility - A New Puzzle to Solve, is available from major bookstores and on line.