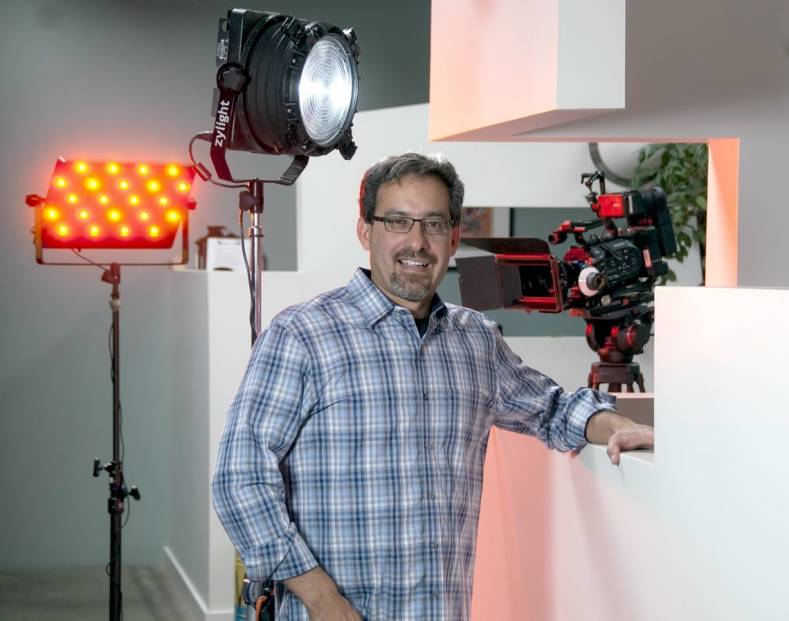 Joe Arnao is a hard working video professional in Los Angeles with hands in the production and post business and as a manufacturer of state-of-the-art LED lighting.

As president and managing partner of Zylight, he heads a company that designs, tests and manufactures professional-quality LED lighting gear. As president of Precision Productions and Post, he both works in the field and manages a company on the front lines in the fast changing world of video production.

Though Arnao runs both businesses, his work often crosses over. When in the field on video production shoots, he works with Zylight prototypes to learn how well they work under real world conditions. It’s a role he relishes, since it adds a real-world dimension to the design efforts of Zylight’s in-house lighting team. 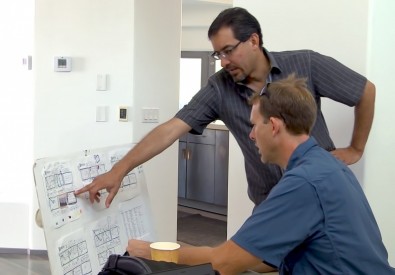 After the 2016 NAB, The Broadcast Bridge’s Frank Beacham spoke with Arnao about the explosion of new LED lighting at the show and asked what is driving all the competition in the highly competitive lighting category.

The Broadcast Bridge: Joe, what happened this year that caused the LED floodgates to open at NAB?

Arnao: It was a confluence of several things. First, video technology has now permeated the society. It’s everywhere — from mobile phones to DSLRs. The barrier of entry as far as creating quality video has definitely broadened. There is a much larger user base. The market has expanded and the barrier of entry has been lowered. The components to produce professional video are now mass produced and it has opened the door to a lot of new manufacturers.

My first Avid system — the third in the world — cost $150,000. Now, if I buy the Adobe editing subscription bundle, I get an editing system packaged with it along with all the other components needed to create video. Of course, you still need talented people to run those things. A word processor doesn’t make you a writer, you know.

And then you have the convenience and economics of LED technology. The energy used by traditional lighting versus the new technologies is much less. The benefits outweigh keeping the traditional kind of lighting as the status quo. If I’m doing an independent production and don’t have to run a generator outside, I’m ahead of the game.

The Broadcast Bridge: So it’s kind of a perfect storm of technological changes that has moved LED technology along so quickly...

Arnao: I’m a perfect example of this. I do a lot of corporate video and if you do it in LA, everybody wants their pound of flesh. You’ve got to get permits and all these other things to do a shoot. If you are able to control your footprint of a production by plugging a light in to a wall outlet versus running a generator out on the street, there is a big cost saving there.

It becomes much easier to do all around. A lot of the ‘black box mystery’ of the past is gone. It’s a different base of knowledge that you are pulling from today. There is still a professional standard where lensing and lighting are concerned, but using people to babysit heavy, complex equipment is going away.”

The Broadcast Bridge: So it’s all this change in video production that is driving the adoption of LED lighting?

Arnao: What LED lighting allows is a lower overhead for the production. If I run a studio, I don’t need to run two five-ton air conditioning units just to handle the heat produced with the lighting. I’m no longer running 50,000 watts on the ceiling. I’m running 2,000 watts with the same number of heads. Also, I need a lot less light to do the same work now. The talent likes it more because they are not under hot lights all day. The hair and makeup people like it more because they are not frizzing or sweating out under the heat of the lights. It’s also safer. You are not going to have bulbs exploding on people. All these things are taken into the equation as to how you do a production today.

The Broadcast Bridge: OK, I get why LED lighting is being adopted. But the vendors making LED fixtures vary with a huge range of features and prices. Some lights are very expensive, while others are very cheap. How does the average buyer know the difference in what they are buying?

Arnao: There is definitely a quality difference between fixtures and companies. The number one most important thing today is light quality. The ability to generate a full spectrum light that simulates traditional lighting or sunlight is absolutely essential.

At Zylight, we make lights for professionals. We do extensive testing. We have our own proprietary chip. LED quality continues to improve as far as lumen output and light quality. For our fixtures, we use Quantum Dot technology LEDs, which use incredibly small-sized nano particles that actually tune the phosphor to give the light a more natural looking output. The quantum dots operate on a molecular level to filter out certain wavelengths. Very few manufacturers use it, but we chose to. We have our own proprietary blend of particles to allow for distinctive differences with optics, filtration and light quality. That’s one aspect of what we do to differentiate ourselves. Others use different techniques. 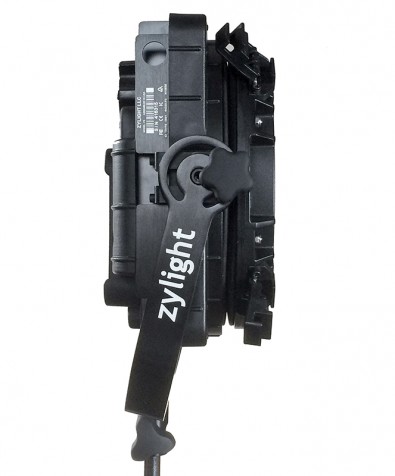 The second most important thing is the feature set and the third is durability of the fixtures. As to features, you want to have what people have become accustomed to using. For example, we have a Fresnel light that flattens after use to only five inches thick — a unique feature which makes it easy to carry. The F8-200 is a 200-watt fixture you can plug into any outlet or run on camera batteries. It gives you the output of a 400-watt HMI, is waterproof and runs cool. It is a light with a distinguishing feature set.

And finally, there’s durability. Cheaper manufacturers don’t produce lights with high build quality. They might use mostly plastic or they use cheaper internal components. We use aluminum and make the lights weather proof. Some may not have wireless technology built in to the light, which we do. There are many ways to cut corners and customers have to pay attention.

The Broadcast Bridge: So the customer has to carefully study the market and become educated to the differences between the myriad of available LED light models? Sounds like quite a chore...

Arnao: Some manufacturers compete on price. Some compete on features. We all compete for light quality. It is really all about building a tool that makes professional lighting easier. We build different products for different customers. A customer wanting a lower price point may not buy our flat Fresnel. They may get something more traditional or have a fan in the fixture. There are ways to do things that are cheaper and easier and there are ways to do things that are harder and more expensive. We are trying to shape our product line so there’s a feature set and price point for each kind of customer in a matrix. The customer then decides where they need to land.

It is a marketing challenge to differentiate your lights from the cheapest units. Sometimes when a customer is dead set on purchasing a cheaper fixture or makes a decision we consider not professionally sound, they get into the edit room, see the results quickly and learn the hard way. Sometimes customers don’t know and can’t tell the difference.

I had a client who needed 100 lights and insisted on buying cheap lights on Amazon. They kept returning 30 lights at a time because none of the colors of the fixtures matched. What can you say? You will always have that. I’d say at that point it’s just better to let the customer go. 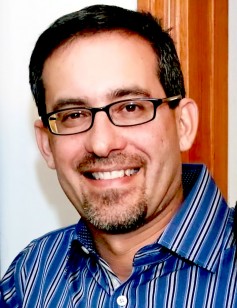 The Broadcast Bridge: Where do you see LED lighting in five years? What’s new and what will change?

Arnao: Five years from now the vast majority of lighting situations, including all professional production, will embrace LED technology. The benefits of the technology are just too great to continue using traditional lighting. I believe LEDs will replace HMI lights. I look at companies like Mole-Richardson that have high output LED fixtures and I look at what we have in development. LEDs are getting brighter, more efficient and the light quality is better than ever before.

I don’t see any radical new technology taking over within five years. Quantum dot technology may be surpassed at some point in the future, but not yet. There is a larger conversation happening out there now with people trying to achieve the best quality LED light at a reasonable price. The technology will continue to advance and we always seem to be in a period of change.

There are new technologies on the horizon that cost a lot of money, but from a practical standpoint I see LED lighting as having reached the point now that is generally accepted as the best way to light for professional video and broadcast productions.