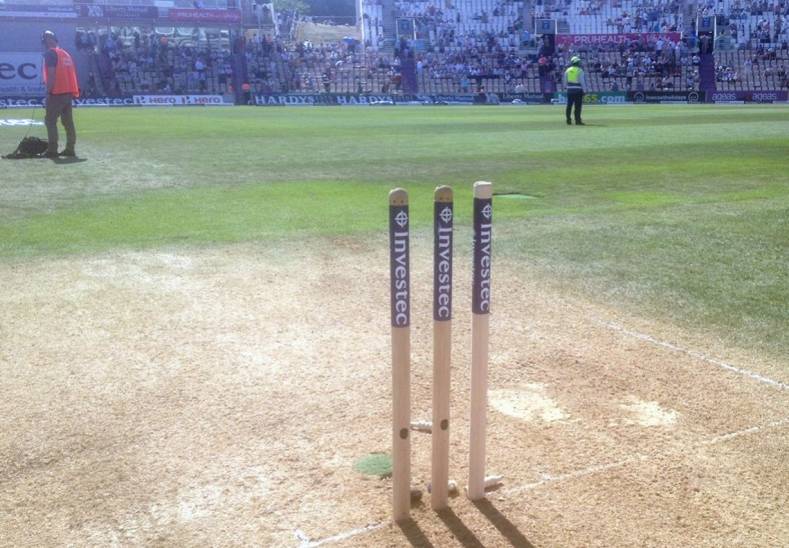 At IBC 2014 (stand 11.E55) Camera Corps will launch a new version (v. 3.0) of its Cricket Stump Cam, which has long set the standard for capturing dynamic close-ups of major national matches and international tours.

Version 2 Cricket Stump Cam has been in successful use for about five seasons, delivering high-definition images from a camera integrated inside the middle stump at each end of the pitch, according to Paul McNeil, Camera Corps Projects Manager. “Version 3 is the most compact to date, completely housed inside a regulation-gauge cricket stump. This gives users the freedom to place cameras in the mid or outer stumps. Each camera can be configured with a choice of 50 degree, 100 or 128 degree lenses to allow tight, wide or superwide shots.”

The Version 3 Cricket Stump Cam system consists of four cameras; two for each wicket. A classic arrangement is to position one camera with a tight-angle lens facing forward to capture images of the bowler and the oncoming ball. The second camera, fitted with a superwide lens, is then ideally placed to televise the wicket keeper. All four feeds are multiplexed onto single-mode fiber.

Version 3 Cricket Stump Cam was successfully tested throughout the summer 2014 cricket season by a major UK-based satellite broadcaster. It is designed to withstand direct strikes from cricket balls. Top bowlers can accelerate a ball to speeds of more than 90 miles per hour. A fast bowl coming in from one of the run-outs can reach 100 miles per hour.

“Our cameras received direct strikes from fast bowlers about 20 times during the summer,” McNeil said. “The only corrective action needed was, on rare occasions, to reset a couple of connectors.”

The Camera Corps portfolio encompasses HotShots, MiniShots and an array of remote specialist cameras and lenses, remote underwater systems, cranes, platforms and dollies. Equipment of Camera Corps’ own design includes the iconic Q-Ball as well as many other camera systems.