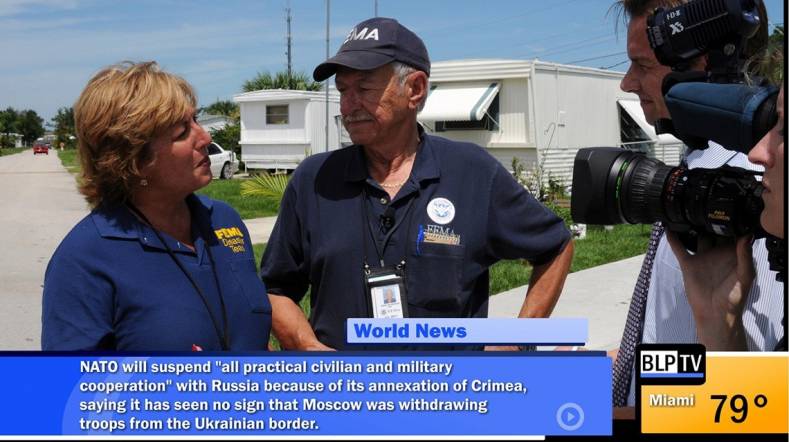 Canada-based broadcast graphics provider Bannister Lake is making the proven workflow benefits of its BL Super Ticker technology available to a wider North American audience with the introduction of BL Super Ticker Solo, a full version of the software in a single-channel only configuration.  BL Super Ticker Solo reduces the hardware requirement but retains its predecessor’s powerful feature set.

The streamlined Super Ticker Solo brings the multichannel approach to call letter stations and other single-channel TV operations. While the original Super Ticker architecture combines a master server with multiple, and sometimes geographically distributed players, Super Ticker Solo localizes the creative power and data-flow flexibility within a compact, single-box solution—lowering the cost of entry for local TV stations, cable access channels and small broadcast networks. Super Ticker Solo also keeps the clean, intuitive interface to maintain ease of use, as well as limitless output and independent content zones for a high-quality, engaging and professional on-air look that plays out across many consumer devices.

“Super Ticker Solo eliminates the server overhead of Super Ticker that, while very affordable for multichannel applications, is impractical for smaller broadcast and cable stations that don’t require more than one channel,” said Georg Hentsch, president, Bannister Lake. “Super Ticker Solo reduces the footprint to a 3RU chassis that is simple to integrate. Yet, it leverages the same powerful software to creatively and reliably produce, manage and playout anything from simple news tickers and lower-third data crawls; to active, dynamic graphics and animations across multiple screen zones.”