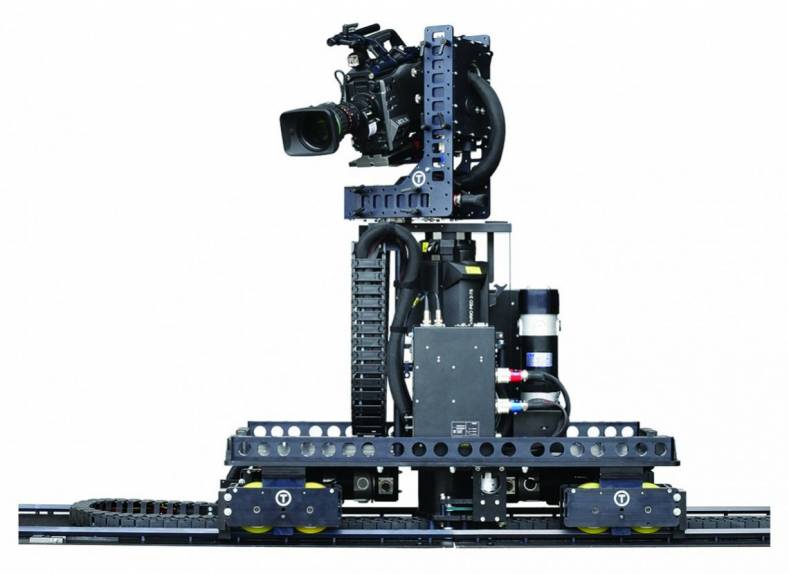 Vinten has debuted the Hexagon System, which integrates the Vinten Control System (VRC) with Tecnopoint, the original equipment manufacturer of dolly systems, for a new robotic dolly system on tracks.

Vinten said the new system using Tecnopoint technology features fast setup and easy assembly with no cables outside of the track. This makes it useful for both high-end news studios and outside broadcast rental setups, such as concerts and sporting events.

Vinten now offers a complete solution from X-Y pedestals to elevation only, to track solution to head only systems, which can all be operated by the same control system.

This enables current users of the Vinten Control System to integrate the Hexagon System as an alternative to robotic pedestals or cranes, providing camera moves on-air without the high costs associated with an upgrade.

The Hexagon Dolly’s motorized column and robotic head natively interfaces to the control protocol and can be managed from the control system. With a height of only 1.18 inches from the ground, the system features the lowest profile track design available today while keeping the quality of stability and movement at the highest level.

The low profile of the Hexagon System is less obtrusive than any other systems and also minimizes the risk of tripping. Featuring four traction wheels with dual synchronized motors, the Hexagon System has high traction operation with virtually no slipping.

It also provides an optional positioning belt for AR and VR. The track position can be accurately measured and sent to a graphics engine so that the system can be used in an augmented/virtual reality environment. 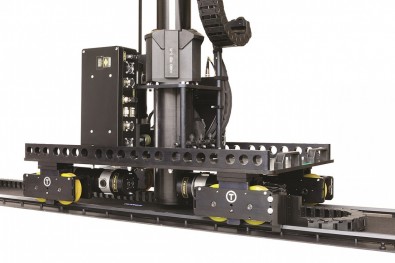 The Vinten Hexagon Track System powered by Tecnopoint enables flexible configurations including straight or curved track shape, up to two dollies on one track with collision avoidance as well as the option for either high-speed/low payload or low-speed/high payload options.