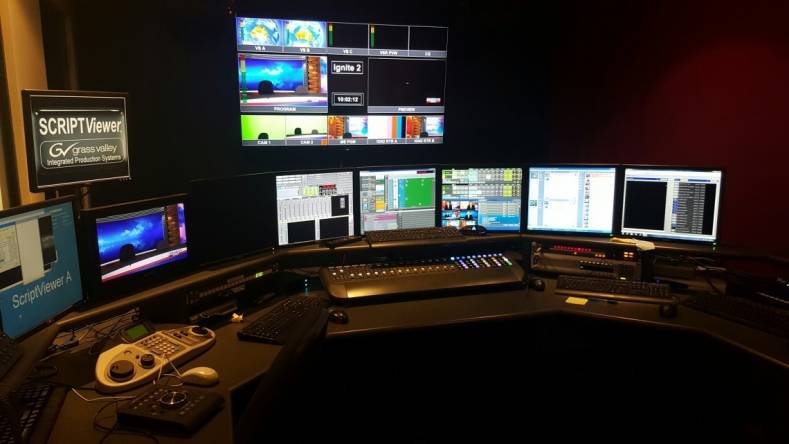 The WIN Network has purchased a full Tedial Evolution MAM supplied and installed by Magna Systems and Engineering.

WIN is one of the world’s largest privately owned regional networks and Australia’s largest commercial network. Its GM of Television Operations, Stevan Djokic explained, “We were looking for a solution that would allow us to pull files from our remote locations across Australia starting with Albury, Taralgon, Bendigo, Ballarat and Shepperton to our central HQ at Wollongong where we could edit and manage them for transmission. So began our discussions with Magna Systems and Tedial a year ago at NAB 2015.”

Djokic and the WIN team discussed the varied options that were available with Magna and Tedial in terms of efficient file movement, transfer, storage and transcoding, all of which would create a better workflow for the broadcaster.

Magna Systems group engineering manager Barry Pegg said, “At NAB the WIN team were also able to discuss the benefits of a Tedial MAM solution with one of their most well established customers, Fox in LA. Then post NAB we went and did a Tedial demo at WIN with Magna’s digital solutions manager Dave Demmocks and Tedial’s David Abel and that’s where the project really began to take off.”

WIN, Magna and Tedial teams began creating the workflow that would see Tedial at the core of bringing footage from all across the eastern seaboard to Wollongong.

Djokic continued, “With the Tedial system our news teams can shoot and edit the story then add the metadata. From that point they can send the story back to Wollongong via FileCatalyst fast file transfer where the closed captions are added and the file is processed. With Tedial automating and managing the workflows the files are then sent to HQ where once editorially approved go strait to Pebble Beach, Neptune automation or through to our Ignite systems for studio automation and then onto our broadcast centre, MediaHub in Ingleburn for layout.”

Djokic added, “The real benefit of the Tedial MAM is we can now create and automate what were previously manual processes and workflows including the transfer of files to and from WIN and the playout to all regional centres via MediaHub. We can also easily and efficiently view any part of the workflow, identify any errors or ‘choke points’ and correct them almost immediately. As a result all our workflows are now running on a virtualised cluster.

“Finally, Tedial is not just an efficient working MAM system today but the way it has been developed it is completely flexible and particularly scalable which means critically it can grow and accommodate WIN Networks future needs without the need for any custom development.”