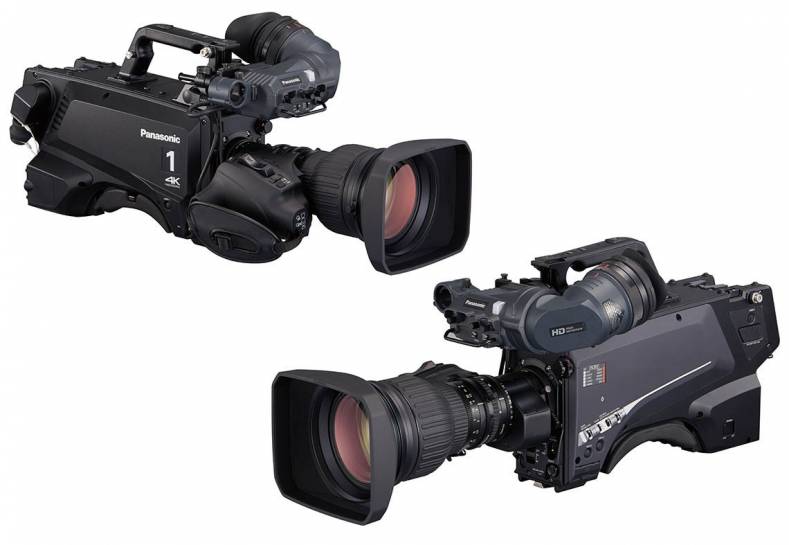 Panasonic ups it studio camera line-up with two new cameras. The HC5000 becomes Panasonic’s flagship studio model. The three 2/3” MOS sensor camera with B4 lens mount shoots 1080 P to 239.76 fps. The HC3000 is targeted at studios and productions requiring high-end functionality at an affordable price. The UC3000 is equipped with a large, full-UHD resolution single MOS sensor with an internal conversion lens and B4 mount. 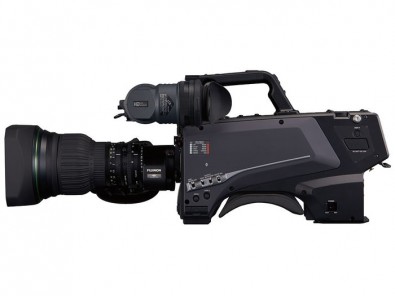 New slanted-line body shape of the HC5000 improves mobility and
operability, plus enhances visibility to the right side of the camera.

The Panasonic AK-UC3000 is another in the growing number of B4-mount single sensor UHD cameras. Panasonic have opted to use a full-UHD resolution single MOS sensor, no doubt for better sensitivity, and to incorporate an internal relay lens between the B4 mount and the sensor.

Targeted at studios and productions requiring high-end functionality at an affordable price, the camera’s B4 mount accommodates the gamut of existing 2/3-inch lenses to maximize customers’ return on their investment in existing lenses, and allowing a wider and more economical choice of glass for sports, concerts and similar applications. The UC3000 also enables shooting with high sensitivity (F10/2000lx), low noise (S/N 60dB+), high resolution (1800 TV lines/UHD) and a wide dynamic range of 600%(-6dB～36dB).