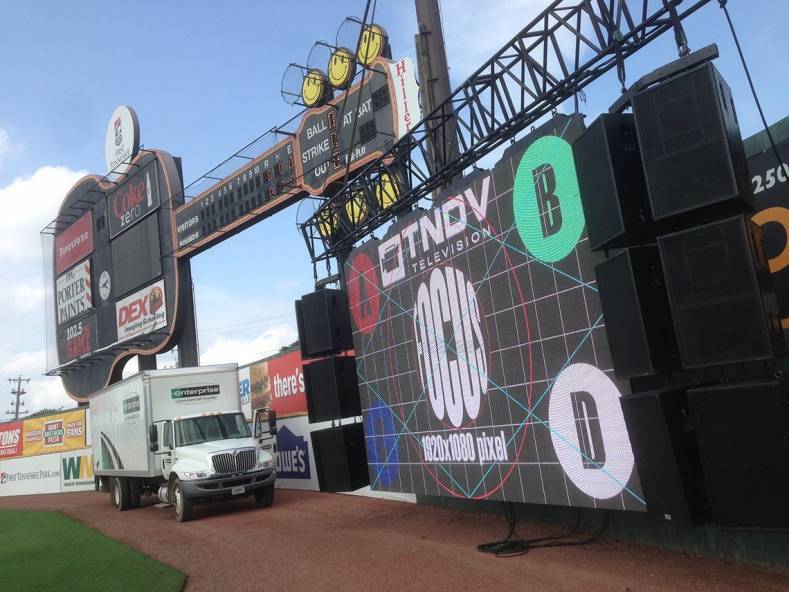 The CMA Music Festival is the most immense, encompassing many outdoor stages with live performances from well known and emerging national and local musical acts. TNDV also provided onsite shooting, graphics and editing services across most stages, producing 30 original packages used in conjunction with an ABC TV special that aired on August 5.

In addition to the musical performances, TNDV’s Aspiration truck was reserved for a 10-camera live TV shoot, capturing performers and personalities for the CMT Music Awards Red Carpet Special. The mobile production infrastructure required 96 channels of professional audio and a massive RTS intercom matrix to ensure smooth communication across the large production crew.

Some of the more unique events included the CMA Close Up stage, featuring private performances and interviews from Lady Antebellum, Leann Rimes and other well-known artists. TNDV set up a streaming server to capture the main events, engineering a live, automated switching architecture with three HD robotic cameras and integrated encoding technologies from BlackMagic Design to seamlessly hand off the live streams.

Additionally, TNDV converted a downtown honkytonk club into a performance venue that also served as a shoot for the premiere episode of Big Smo, a new A&E network reality TV show that follows the life of a Tennessee rap artist. The end-to-end solution includes several large HD display screens for live image magnification of the performances.

On a grander scale, TNDV supplied a five-camera HD flypack for the CMA Chevy Riverfront Stage, with massive LED video boards and a full online HD edit suite. Performances from this stage, which included Billy Ray Cyrus, Kellie Pickler and Colt Ford, were also played back across other venues throughout the week using Aja KiPro servers.