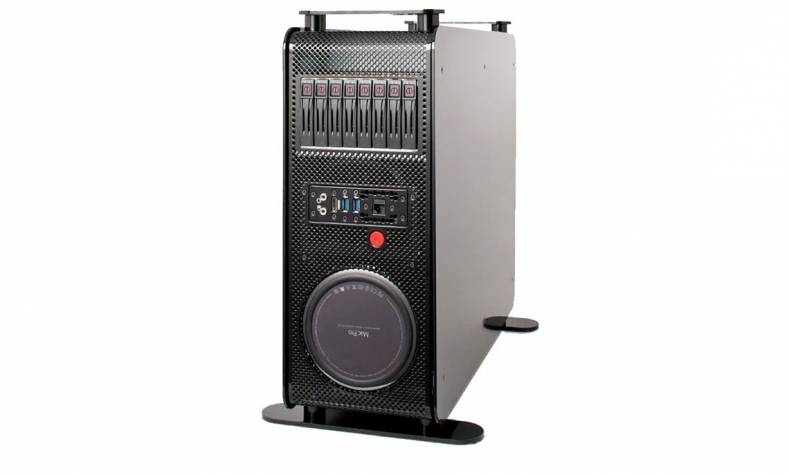 Like many storage vendors JMR has found that broadcasting has moved from the periphery to center stage over its 30 year history, so NAB has become one of its main stages for product launches and demonstrations.

This time JMR lifted the veil on a new ultra-portable flash drive, new line of Thunderbolt-2 to PCIe expansion systems for mobile and fixed media-centric applications, a file transfer system designed to optimize performance against cost, and new ways to rack mount and integrate storage with the Mac Pro and Mac Minis.

The Thunderbolt Lightning family, include the XQ and XQ-8 for Thunderbolt 2 to PCIe connectivity. They are Intel and Apple approved and Thunderbolt certified for Mac and Windows. They range from a 256GB ultra-compact Flash Drive with Thunderbolt 2 interface, to small, lightweight single and dual-slot Thunderbolt-2/PCIe expanders.

Also shown were the JMR DataMover appliance and the JMR ProBracket racking system. The DataMover operates at near line speed and is independent of file size or depth of directory nesting. It allows users to transfer large and small files across networks, whether locally, nationally, or globally.

Then JMR ProBracket enables mounting and protection of a Mac Pro set up under a desk, beside a desk pedestal, to a wall, or inside a rack cabinet.