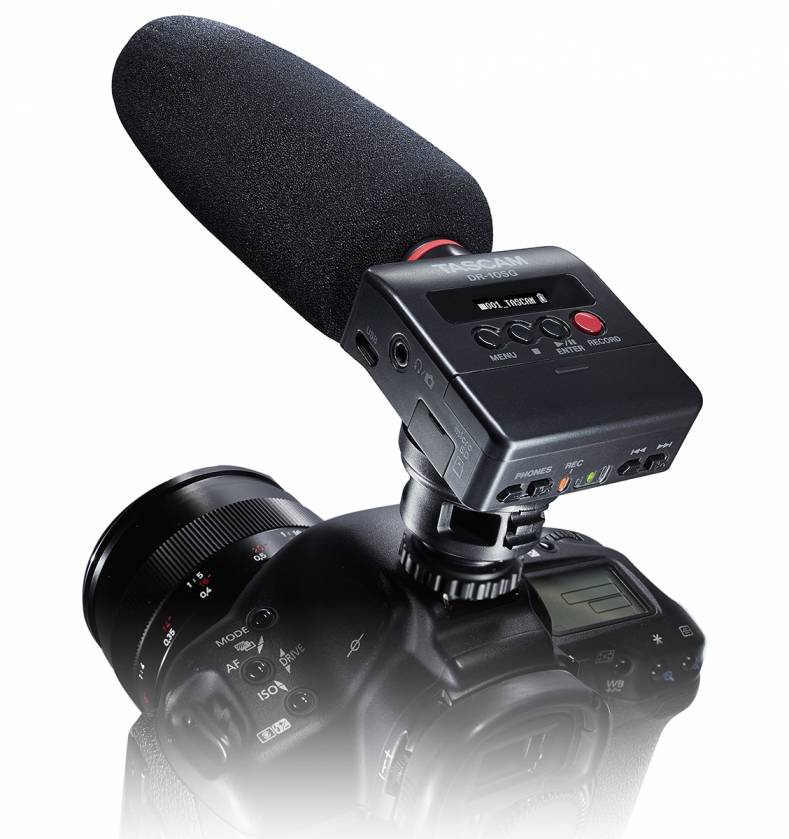 Designed for videographers who employ DSLR cameras as their primary capture device, Tascam said the DR-10SG aims to eliminate the compromises imposed by traditional on-camera audio.

“The ability to shoot hi-def video on DSLR has revolutionized all aspects of filmmaking, from corporate and indie productions through Hollywood blockbusters,” said Jim Mack, executive vice president of Tascam. “Our goal is to elevate the quality of the sound to match the visuals, and the DR-10SG enables us to achieve that goal.”

By combining a purpose-built shotgun microphone, a self-contained digital audio recorder and an integrated shock mount, the camera operator is able to more effectively reject ambient sound while simultaneously avoiding transference of mechanical noise from shutter and lens mechanisms. In addition to the direct camera attachment with the built-in shock-absorbing shoe mount, the DR-10SG features four selectable EQ presets (natural/flat, standard, interview, field), a camera output connector for audio pass through, a slate tone generator for audio sync during post production and a dual recording feature which automatically records a safety track at a lower level to safeguard against accidental overload and distortion.

All in a lightweight 3.8 ounce design which includes the AAA battery, providing over eight hours of continuous use.

The DR-10SG, expected to ship in May with a list price of $249.99, will include a custom windscreen, noise isolation arm, attenuation cable and cable clip.