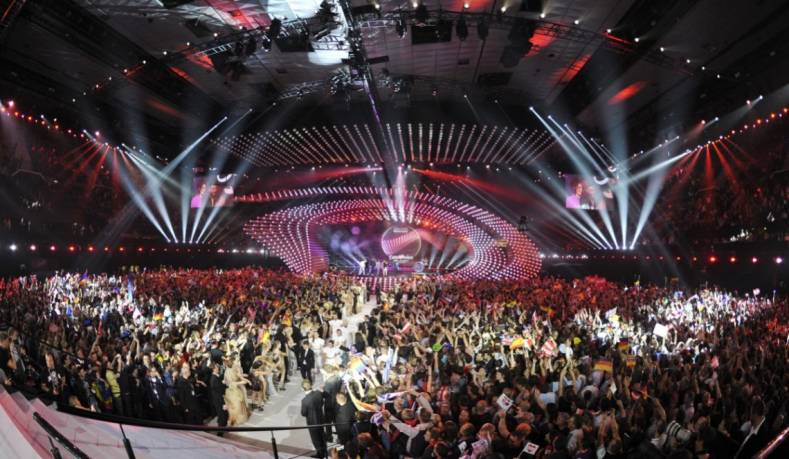 The Eurovision Song Contest has always been as much a showcase for broadcast technology as one for song writing and singing talent - or not. This year’s competition, due to take place in Sweden during May, will be the first to feature the new Eurovision FLEX IP-based digital transmission system, which will be used by 28 of the European broadcasters taking part in and covering the event.

The main idea behind FLEX is to allow users to set up live video links from any location, using 3G or 4G mobile networks. This does away with the need for satellite uplinks, which are costly and involve getting a specially equipped truck in place, something that is not always possible. FLEX can also accommodate high volume data using high-speed FTP (file transfer protocol) connections. The EBU says that offering FLEX at the Eurovision Song Contest gives participating member broadcasters "another network layer" for the voting section of the show, on top of the core system. The aim, the Union explains, is to provide "maximum protection" by having two independent distribution feeds. "The Eurovision Song Contest is the EBU's flagship event and the longest running annual TV music competition in the world," says Graham Warren, director of Eurovision Network. "Last year the three live shows reached an audience of 197 million viewers, We have decided to complement our satellite and fibre connectivity by deploying the FLEX IP hybrid technology to ensure full security and smooth delivery of the voting results."

The FLEX system comprises a number of hardware components to handle live video transmission in both mobile and fixed applications. It also offers a web portal to manage and monitor the connections; assign hotspot connections for the specific event; and the ability to combine and share material internationally. Among the appliances in the FLEX range are backpack systems including Eurovision WMT Expert, offering up to eight mobile network channels on LTE, HSPA+, HSUPA, HSDPA or UMTS, with the additional ability to connect using WiFi and Ethernet; and the FLEX Agile 2.0 R, a small unit containing eight 4G modems and a LAN connection that can be slotted in between the main body of a camera and its battery pack.

Eurovision FLEX is being offered to broadcasters for covering major news events. It has already been used for reports on the US presidential election campaign, notably the New Hampshire and Iowa primaries. The Eurovision Song Contest starts with semi-finals on 10 May, building up to the grand final on 14 May.