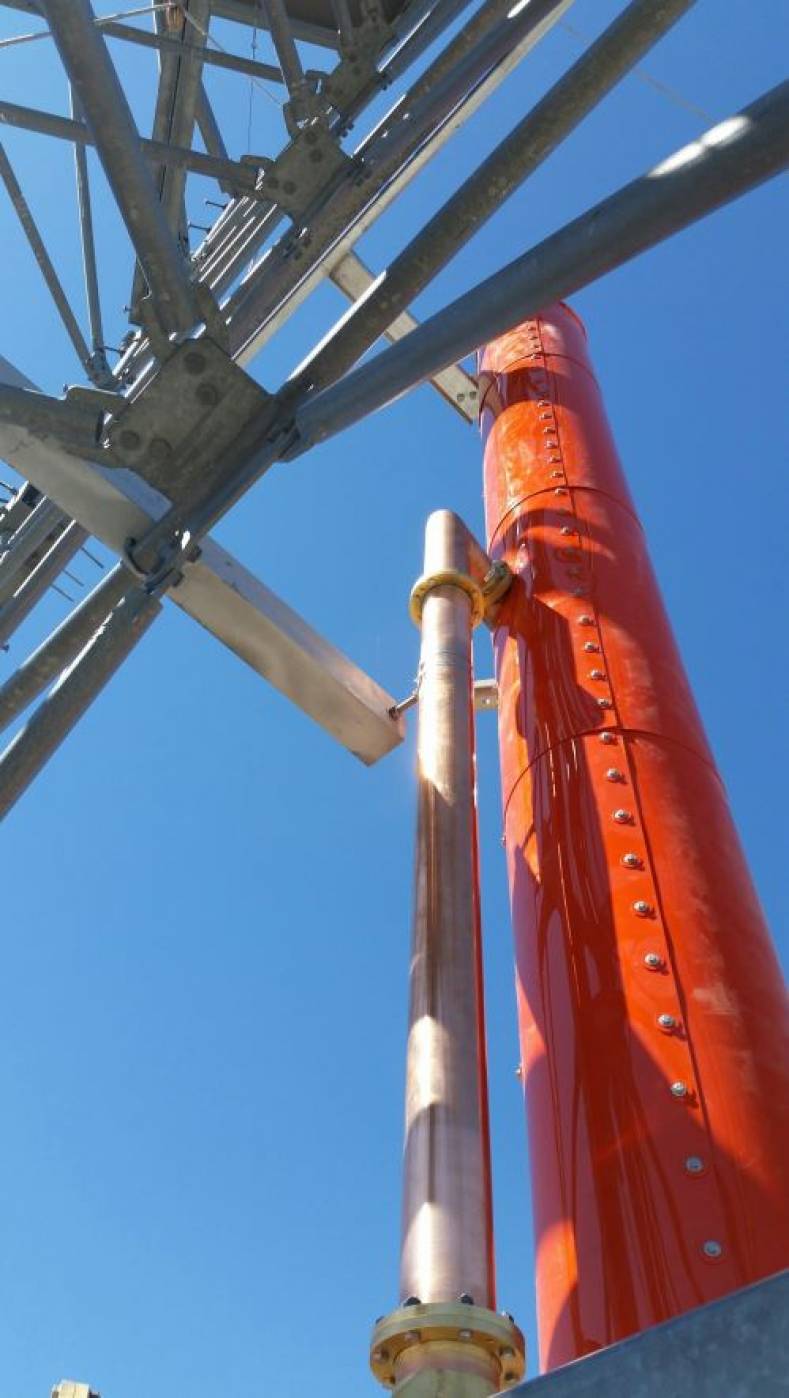 The antenna is well-suited to high-power UHF applications from channels 14 to 51, including the emerging ATSC 3.0 standard and 4K UHD TV. It has a rating of 20kW per 8-bay section, and when two or three sections are stacked, it can accommodate input powers of 40kW per 16-bay and 60kW per 24-bay sections, respectively.

Designed to side-mount on existing structures, a TFU-WB Series antenna has several advantages over panel antennas. It is more efficient, with lower wind-load and a slot cavity design, compared to panel designs, which are larger and more expensive, with elaborate feed systems and greater wind-load.

It can be configured horizontally or elliptically polarized, using either a directional or wide cardioid azimuth pattern. Elliptical polarization is required for next-generation applications, such as mobile broadcasting. The directional skull shape pattern is meant to focus radiated power in one particular direction off the tower, while the wide cardioid pattern serves a hemispherical (or semicircular) coverage area.

Another advantage to the WB Antenna’s cost-effective, patented design is its simplicity. Since each cavity consists solely of a waveguide to coax transition, there are very few parts, which translates into increased reliability.

The antenna is a solution for broadcasters needing off-the-shelf delivery for quick installation of an auxiliary antenna while their main TV tower equipment is modified, relocated or replaced during the TV spectrum repack. As a result of this complex DTV industry transition, many U.S. stations must relocate their channels down to the lower end of the UHF spectrum to free higher UHF frequencies for wireless services.

For broadcasters that plan to relocate to lower UHF channels—or to co-locate with other stations on a single UHF antenna—the WB Antenna offers many operational advantages. As a broadband antenna, it can transmit multiple, combined channels simultaneously.

At the 2016 NAB Show, the Dielectric WB broadband antenna—along with a Dielectric high-power spectrum mask filter and transmission line—will play a pivotal role in an ATSC 3.0 demonstration by Sinclair Broadcast Group and its technology partner, ONE Media. The demo is designed to promote the new capabilities of the ATSC 3.0 broadcast standard, including 4K-picture quality, superior compression and an IP-friendly workflow.