Georgia Public Broadcasting relies on two Studer Vista 9 consoles by Harman as the backbone of the audio side of the network. Also key are AKG microphones, JBL monitors and Crown amplifiers.

For Tom Spencer, primary audio operator at GPB, the new Studer consoles have been a valuable addition to the GPB studios. “The two Vista 9 consoles consistently meet the station’s wide range of production demands,” he said. “Internal routing is extremely flexible and intuitive, allowing for any last minute modifications that should arise during the course of a production.”

The Vista 9 microphone preamps are incredibly quiet and the EQ has a musical quality. In addition, compression and limiting are both transparent in their operations. Spencer is also impressed with the functionality of Studer VistaMix automatic mixing, a software upgrade available to all Vista digital mixing consoles. 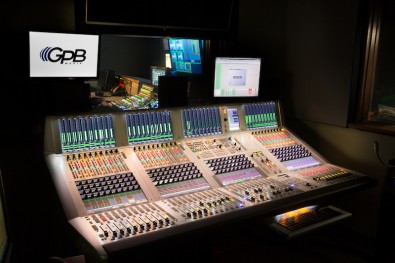 “VistaMix is absolutely indispensable,” said Spencer. “The ease of post-VistaMix routing options are very helpful in meeting an array of studio monitoring demands. Metering is easy to customize. The overall ergonomic design of the desk allows the operator to perform all necessary functions without compromising listening position or comfort. There has not been a production of any size that our Vista 9s could not handle.”

Beginning as a five-station educational TV network in 1970, GPB is now a multiplatform media production facility with 18 radio stations and nine TV stations, serving approximately 98 percent of residents throughout Georgia and parts of Alabama, South Carolina, Florida and Tennessee. It has five TV production studios, four radio production studios and numerous video and audio editing suites. The station’s two TV production control rooms are mirror images of each other, and both contain Studer Vista 9 consoles.