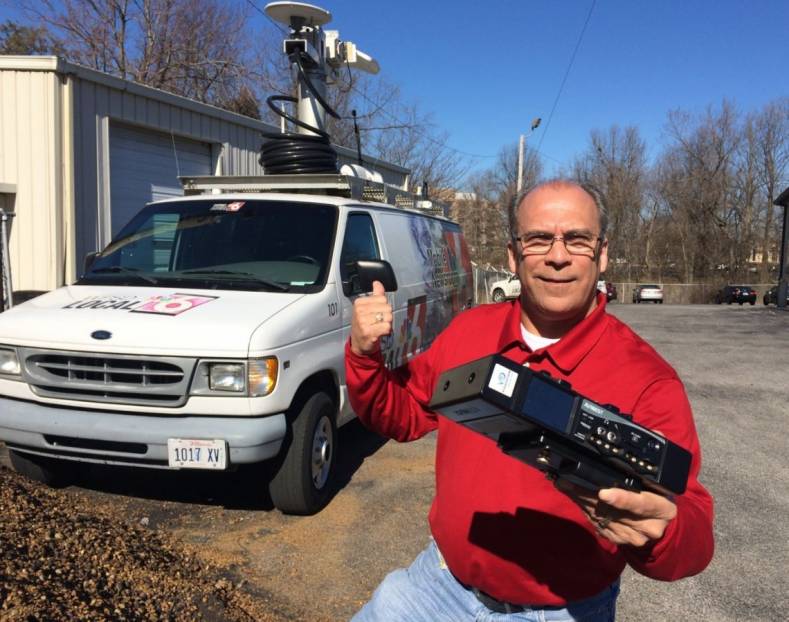 AVIWEST enables WPSD news teams to transmit live, high-quality video from the source of breaking news and other live events without having to deploy bulky and costly microwave equipment. WPSD has also deployed the AVIWEST DMNG APP iOS to the news team, enabling team members to use their iOS-based smartphones to transmit video content instantly from the phone’s front or rear camera.

Back in the station, an AVIWEST DMNG StreamHub receiver, decoder, and distribution platform receives the live video feeds and delivers them to master control for the live broadcast. WPSD is also using the AVIWEST DMNG Manager, which enables the station to manage and control all DMNG PRO and DMNG APP transmissions with a single interface. 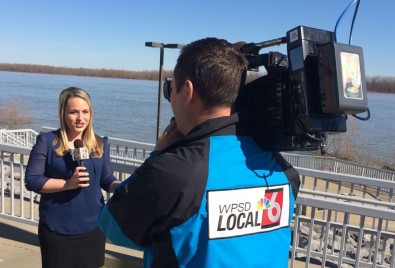 WPSD initially tested the DMNG PRO for recent coverage of widespread flooding. The station was experiencing technical difficulties with its microwave receiver used to acquire live shots from the southern Illinois viewing area. With rising river levels causing evacuations, levee breaches, and road closures, it was not possible to deploy a microwave truck to obtain live shots from southern Illinois. However, using the DMNG PRO, multiple reporters were able to go live from the water’s edge during a single newscast. Later, during a snowstorm, news crews were able to report on road conditions from multiple locations by broadcasting live from their vehicles using the DMNG PRO and a GoPro camera.

“As a family-owned, medium-sized TV station, we have to be budget-conscious. Along with our ABC and CBS affiliate competitors, we’re also unique in that we cover four states in the Paducah/Harrisburg/Cape Girardeau market. This means a lot of travel in order to offer complete coverage of breaking news,” said Mike Spissinger, Chief Photographer, WPSD. “With the DMNG PRO, we’re able to reach locations that would be inaccessible for a microwave truck, and we can do live shots for a fraction of the cost and hassle of setting up a truck. Since the DMNG PRO and DMNG APP are so easy to use, even for our non-technical journalists, we can always be news-ready. We can even go live while driving to and from the scene.”