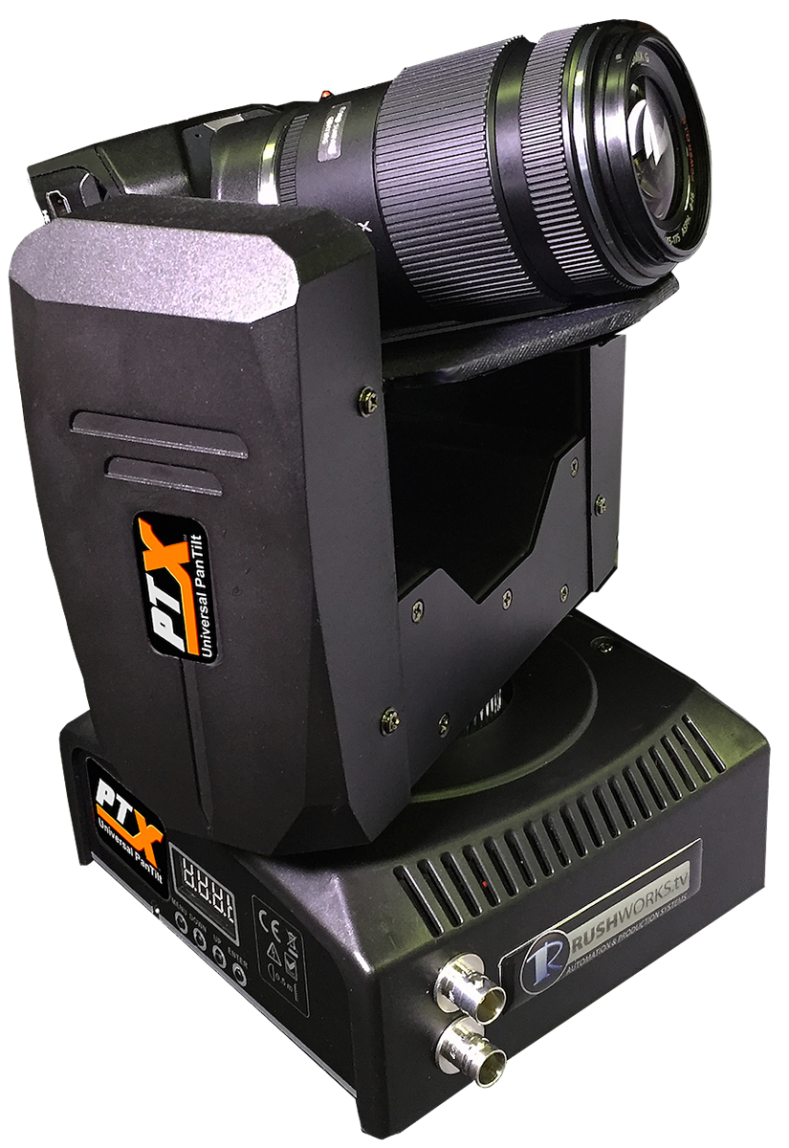 Rushworks said PTX is designed to work with the Blackmagic Design Micro Studio Camera 4K and other standalone cameras and camcorders from Sony, Canon, Panasonic and JVC that support LANC control. In addition to pan and tilt — if the cameras support the commands — it provides control of zoom, focus, iris and record start/stop.

Users can also send the video outputs to IMAG displays and/or incorporate them in their media server outputs. The PTX has a fixture profile that can be loaded into the most popular lighting consoles and software for integrated lighting and video show design.

“When Blackmagic Designs approached us for a solution adaptable to their highly popular Micro Studio camera, we integrated our pan/tilt mechanism with the Micro’s available software controls including zoom, iris and focus that’s available on certain micro four-thirds lenses.”