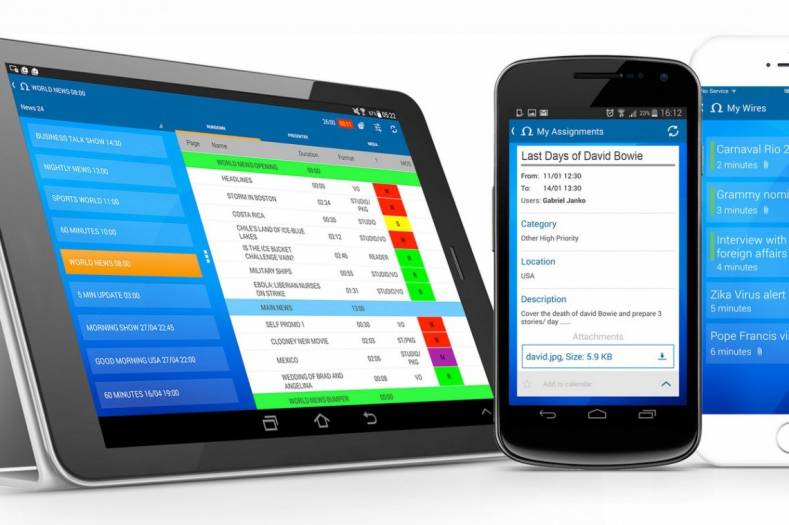 Social media and interacting with the viewing public have become major parts of television news. This is reflected in the latest version of OCTOPUS Newsroom’s news preparation, editing and delivery system, which will be on show during the 2016 NAB Show in Las Vegas. Octopus 8 incorporates tools for posting stories and other material to Twitter and Facebook, in addition to other web and mobile outlets.

Octopus 8 has been designed to allow journalists to cater more effectively for people who choose to get their news through the internet and on their smart phones and tablets while on the move. It also enables news production to be carried out in a more collaborative way, offering web connectivity, social interactivity and a new mobile app that gives reporters on location access to information through iPads and similar devices.

The Octopus Mobile app runs on mobile devices using iOS and Android and enables a journalist to go into the main newsroom system and see running orders, news wire services and the day's assignments. As with any modern connected device there is the ability to browse online sources, including YouTube and sites such as Facebook. But Octopus claims that the new system breaks down previous barriers and makes social media part of the main broadcast set up. The Octopus Mobile App, which can also be used on the most recent version of Octopus 7, additionally allows journalists to edit stories and preview the script to appear on the studio prompt machine.

"With audiences expecting to watch, hear and read bulletins on their choice of device at a chosen time, we have focused development on making the sharing of news items and information across departments easier and faster," comments chief executive Petr Stokuč. "Octopus 8 enables users to collaborate with other teams and deliver stories in multiple formats for the widest possible audience. It streamlines operations and workflows so that all necessary production information, including news sources, clips and stories, is now available at a glance." 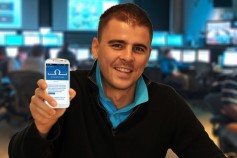 This works on the basis of system administrators being able to allocate material to go on social media. In this way Tweets and Facebook status posts and comments are dealt with in the same manner as a news story. Editorial staff can now give jobs to reporters and then approve a piece before it is posted online. To help in the search for stories reporters can follow Twitter feeds looking for trending topics. This process is automatic, providing journalists with information and trends. The editorial team can then tweet and re-tweet, reply to previous comments or make something a favourite while still working in the Octopus newsroom framework.

"Until now newsroom systems have treated social media as an add-on feature," says Gabriel Janko, sales director of Octopus. "Our new system features a dashboard GUI that brings together every assignment, notification and update. With Octopus 8, Twitter, Facebook and Instagram are fully integrated into the newsroom. Social media are now treated with the same importance as a traditional news feed or programme rundown."