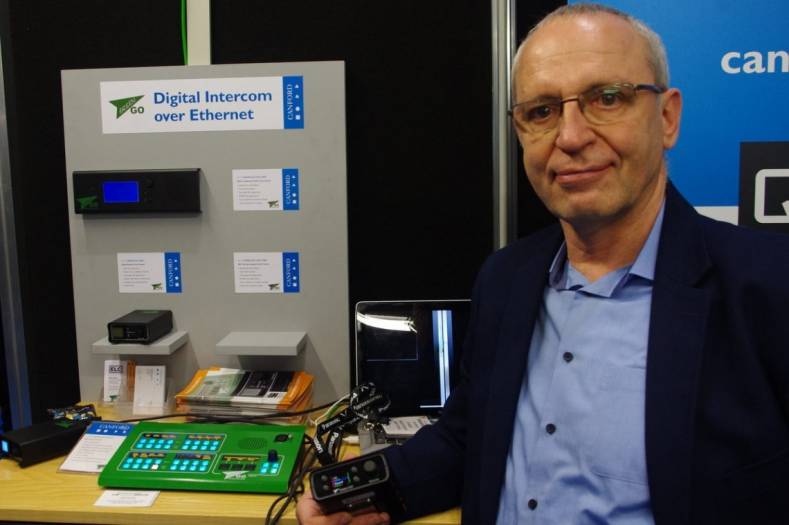 Intercom systems have developed over the last 20 years from analogue party lines to digital matrixes with more substantial networking capabilities. Both continue to co-exist and cater for different broadcast and event needs but now communications is moving into new areas through IT technologies. An example of this was seen at the recent BVE show in London in the form of the Green-GO Ethernet-based system.

Developed and manufactured by Dutch company ELC Lighting, Green-GO was launched in 2011 as a wired system using Ethernet networking technology for the management and distribution of audio and control information. In the year of its launch it won an Innovation Award at the PLASA Show and the LDI debut product award. A wireless version, based on DECT, was launched in January this year; both that and the Ethernet intercom are now being distributed in the UK by Canford.

Green-GO grew out of ELC Lighting's development of lighting products for the live event and installation sectors. Dimmers, automated light control systems and LED video displays were already based on the technology, which the manufacturer began to apply to audio communications for both concert/event production and broadcasting.

Sales manager Silvio Cibien explained that a Green-GO intercom is based on the basic configuration of two belt packs connected to an Ethernet network. From this a fully integrated system can be built up to accommodate in the region of 3000 users through the addition of more out-stations. This works on the principle of each out-station being assigned to a user and having a copy of the necessary routing and set-up data that would otherwise be contained in a central matrix. 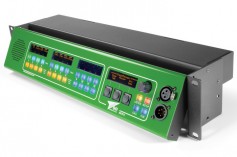 Cibien said that this is the fundamental difference between Green-GO and established intercom brands currently on the market: "The advantage is that operators do not have to invest in a big matrix. You can have two belt packs connected to the network and then scale that up to 3000 users by plugging in more belt packs. The set-up is based on our own protocol and software, which allows the users to configure their own priorities. And you don't need to run extra cabling. If you have a fibre cable network you just plug the intercom into it."

The system runs on the Layer 2 Data Link of the Open Systems Interconnection (OSI) multi-layered communication model. This means that it is not necessarily tied to IP but , as Cibien observed, the protocol does have its own IP address, although this is not central to the operation. Users connect to the network using either a belt-pack or a unit designed to be wall-mounted if the system is being used in studio centre offices and galleries.

The Green-GO wireless system uses DECT (Digital Enhanced Cordless Telecommunications) technology, with one antenna running three belt-packs. Cibien explained that this is licence free and can be built up by adding more antennas and belt-packs.

Mike Reay, product manager at Canford with responsibility for intercom systems, commented that while big OB companies and broadcast centre operators would still look to matrix technology from the likes of RTS and Clear-Com, the Green-GO system would appeal to medium sized video companies and venues. "Broadcasters and venue owners are looking at the system and it is gaining a lot of profile in the UK," he said. "Right now I haven't got enough demo kit to send out."