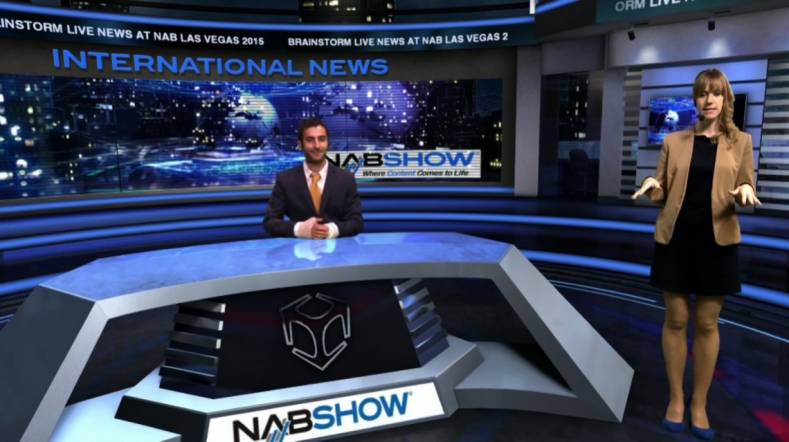 Brainstorm Multimedia will invite visitors to their NAB 2016 booth to experience virtual reality in the “virtual studio theater” where participants will see a history of virtual world technology.

The veteran Spanish company, Brainstorm Multimedia, will be pushing the boundaries of Reality with a 24 ft. virtual studio theater at its NAB 2016 exhibit.

There NAB attendees will be treated to a short virtual reality presentation called “From Leonardo to Ricardo” which is described as tracing “the history of the virtual world from its origins in the 15th Century to the present day”.

Another TrackFree-based feature, 3D Presenter, will be seen generating a true 3D representation of the live newscaster complete with virtual shadows and reflections on other real and 3D objects within the virtual environment.

Visitors will even be able to enter the theater themselves in the special Laboratory Space that will fill the Brainstorm green screen presentation area.

Brainstorm Multimedia will also showcase their Aston Elections graphic system. Although it is a cost-effective design, Aston Elections is so intuitive to operate it requires no training and can be ready to got to air after just one day of preparation.

To complete Brainstorm’s family of products at their NAB 2016 Show exhibit, they will have the latest version of their eStudio V14 render engine and also Aston 3D, their real time 3D graphics creation, CG and playout solution.

Brainstorm Multimedia’s production services have been used many times in election telecasts with broadcasters such as NBC, TVE and the BBC.