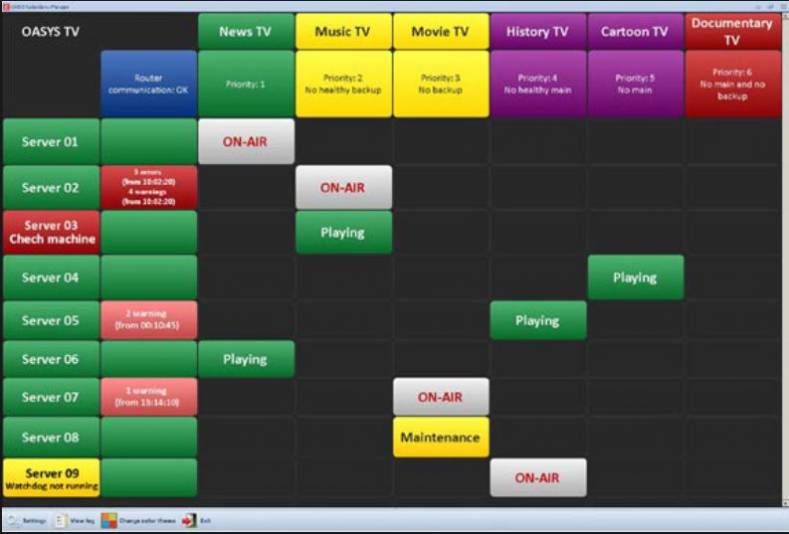 LA-based media company will no longer double-up on master control operations as they move to a single OASYS playout platform.

LATV is set to replace older dedicated pieces of broadcast hardware with BroadStream’s OASYS Integrated Playout platform. It runs on commodity-based IT hardware and it provides a more efficient way of operating. It will consolidate and streamline LATV’s master control functions and standardize operations to save time and resources. The new platform will also allow for easier operator cross training. Presently, two teams produce two sets of traffic data and receive two sets of as run logs across two master control suites. OASYS will eliminate that duplication of effort.

The OASYS Integrated Playout platform has a flexible and scalable architecture designed to incorporate optional software modules that tailor the solution to specific operations and functions of different channels. Each software piece operates independently to increase resilience and reliability.

LATV Network features a combination of originally produced television shows and digital platforms, as well as international programs that have never before been seen in the U.S. Its fully-owned subsidiary, American Latino Syndication, produces and distributes “American Latino” and “LatiNation,” two award-winning, Latino-themed TV programs that are broadcast on general market stations in over 85 cities nationwide. All of LATV Network’s original shows and American Latino Syndication productions are produced entirely at the LATV HD Complex Studios.