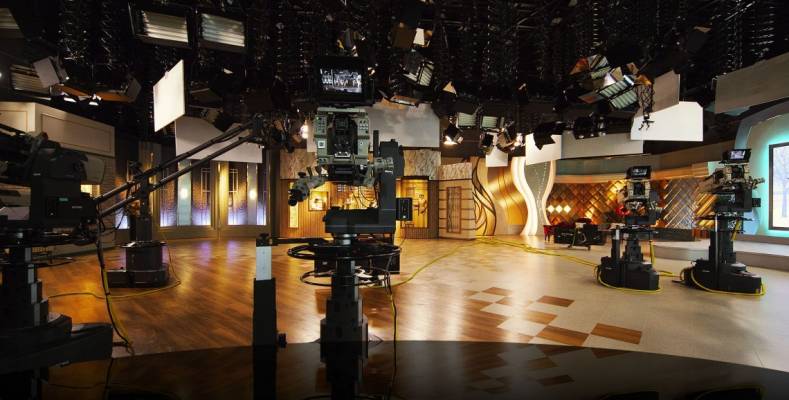 QVC, the global e-commerce retailer, has surpassed 80 Shotoku robotic camera systems operating in a 24/7 network facility that serves as what QVC calls a “test kitchen” for broadcast technology.

QVC sells just about everything on the air — including contemporary beauty, fashion, jewelry and home products. Its programming is distributed to approximately 350 million homes worldwide through operations in the United States, Japan, Germany, the United Kingdom, Italy, France and a joint venture in China.

Shotoku Broadcast Systems, based in the UK, though owned by a Japanese company, had installed robotic cameras in QVC’s studios throughout the world since 2008. But they completed the largest installation in QVC’s headquarters in Westchester, Pennsylvania seven months ago.

The Shotoku robotic system provides for all cameras to be directly controlled from a compact TR-QP via joystick or a number of key camera functions. The system enables QVC to change studio configurations rapidly — a key requirement in the demanding live TV production environment.

QVC is a facility made up of different-sized studios with a variety of sets, including kitchen, bedroom, living room and other areas. The operation runs around the clock and sometimes does two live shows simultaneously. Each set typically has three to four robotic pedestal cameras, a jib and sometimes a handheld camera.

The camera pedestals are manual, though the heads are all robotic. Only in the kitchen does the system use an overhead robotic track system for cameras. Floor crew members put the cameras in place and their operation is taken over by technical directors from the control room.

QVC has standardized on Shotoku’s TG-19 heavy duty Pan and Tilt heads so they can handle any of its Sony cameras or lenses — often very large models — from Canon and Fujinon. The TG-19 can support payloads ranging from small ENG cameras and lenses to full-sized 66x studio lenses. The heads are installed on a combination of existing QVC manual pedestals or new Shotoku TP-80 or TP-200 manual pedestals.

Most of the camera systems also use Shotoku’s Ti-12 height drive system, which supports remote control of the camera height, while allowing full manual use when necessary. The TR-T and TR-XT control systems used on all sites provide the operators with fingertip control of all the cameras.

Though QVC does use pre-saved scene files for repeated quick access, it’s unique brand of programming requires mostly manual camera operation. Except in their case, that operation is done by the technical director, who also switches the show. 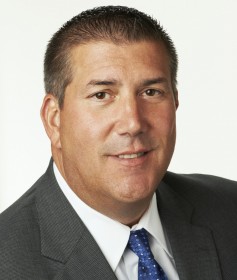 “Our technical director in the control room actually uses both the switcher as well as the robotic control to set up the shots at the same time,” said Joe Micucci, QVC’s VP of Engineering. “This is a very unique operation in television. With their left hand they are setting up the next shot using the Shotoku robotics and with their right hand they are fading and switching to cameras. At the same time they are talking through a headset to either a jib operator or on the floor as well.

“It takes a lot of training of people to do this and we do invest in that,” he continued. “But its works very well. It’s a very exciting job — through the TD’s eyes is what our customers see on the air.”

All QVC studio operations are high energy and broadcast live, so reliability and resilience was primary in deciding to purchase the robotic system. It is also a continuing challenge for Shotoku, whose gear is constantly being tested. This is where a unique relationship between the shopping network and Shotoku was formed that transcends the typical customer relationship. 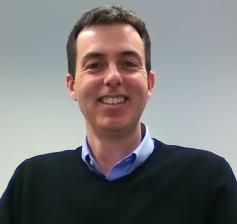 “Not only is this a big project for us, but it’s a way of testing our products,” said James Eddershaw, Shotoku’s Director of Sales. “QVC’s application is very demanding. Most of their studios are 24/7 with pretty much constant camera movement. We don’t see that in other markets. We are in high-end national news, science, national governments and Parliament. But QVC is the most intensive of any client.

“We know we are not going to get an easy ride,” he continued. “We don’t just deliver the product. It’s a demanding application. If there are weaknesses in our system, we are going to be found out. We know that and we relish it. We know if we can do this day in and day out and keep QVC coming back for more, we must be doing something right.

“I’ll be the first to say that things occasionally go wrong,” he said. “But then it’s about how do you respond? How do you make it right? How do you recover from a system failure that might occur? How devastating might that be? The system is designed from the ground up to be very tolerant of that. You might lose a channel, but you are not going to lose control of a group of channels or the entire system. No way. We develop these systems by working with people like QVC.”

Micucci called QVC’s relationship with Shotoku “one of the best that we have among technology vendors. It is mutually beneficial relationship” that helps both companies.

“I don’t know of anyone else in the television industry that uses equipment the way we do. We operate 24 hours a day, seven days a week. Sometimes two live shows going on at the same time. I like to think of us as America’s test kitchen for broadcast technology.

“Shotoku can make engineering updates and they present us with new technology by working closely with us. They did an incredible job working with our technical directors — their ultimate customer. They have a solid technology. They listen to us, they support us well. We have gone to the UK and watch the build of our equipment and had input into it. The entire Shotoku company has been a great partner.”