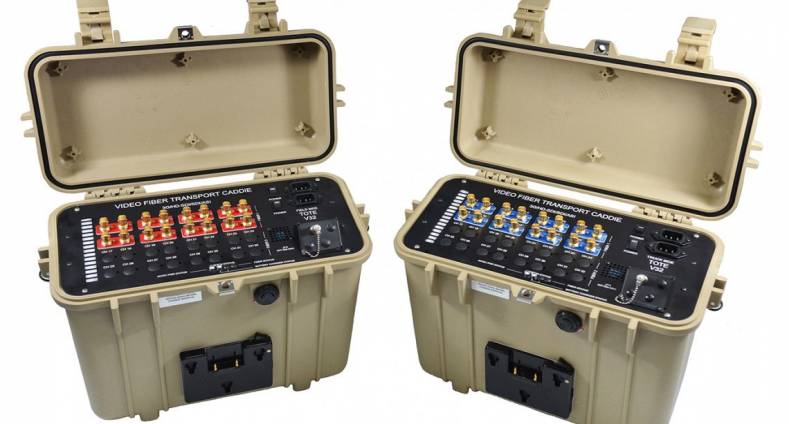 Joseph Electronics will debut its JFS Waveshifter-4 Series technology at NAB. This fiber system can transport up to four HD camera systems on one single-mode fiber.

Joseph said the Waveshifter-4 uses optical wavelength-shifting technology to map the two fibers in standard HD cameras to wavelengths in the CDWM spectrum so that they can then be introduced into a CWDM mux.

Other applications include muxing four wideband optical signals from other single-mode fiber devices, such as traditional throwdowns or audio/MADI devices. Through integration of the Waveshifter-4 with four Bluebell Opticom ShaxX Lite power-insertion units, the Waveshifter-4 becomes Waveshifter-4 + Power, a complete system for directly powering four cameras at a remote location over a single fiber.

Joseph Electronics will also introduce the JFS DFT-TOTE V32, which provides transport of up to 32 3G/HD/SD-SDI signals on as few as two fibers. Based on the DFT Series fiber-transport solutions, the DFT-TOTE V32 adds a weather-resistant enclosure, internal dual AC power supplies and battery backup as standard.

Any pair of channels can be reconfigured in the field to suit the specific TX-RX requirements of any event. The V32 design can be configured in a tote or in a standard DFT-16 1-RU chassis system. 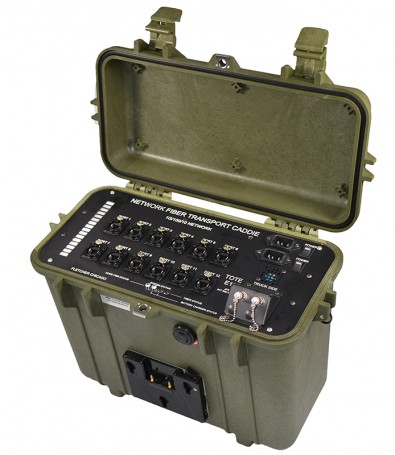 The JFS DFT-TOTE E12 is a Gigabit Ethernet version of the DFT-Tote, providing 12 isolated paths of Gigabit Ethernet. In addition to network trunking, this solution can also be used for transporting AVB, RAVENNA/AES67 and Dante audio, as well as IP video signals.

Power over Ethernet (POE) ports on the booth connect to Studio Technologies Dante announcer consoles or Dante intercom belt packs for simple plug-and-play operation. On the truck side, users can connect audio via traditional XLR I/Os or simply interface directly into an existing Dante system.

Because of the Dante-based design, users can join together multiple Dante Booth systems to form a large interconnected system with virtually unlimited I/O and resource sharing for large events.