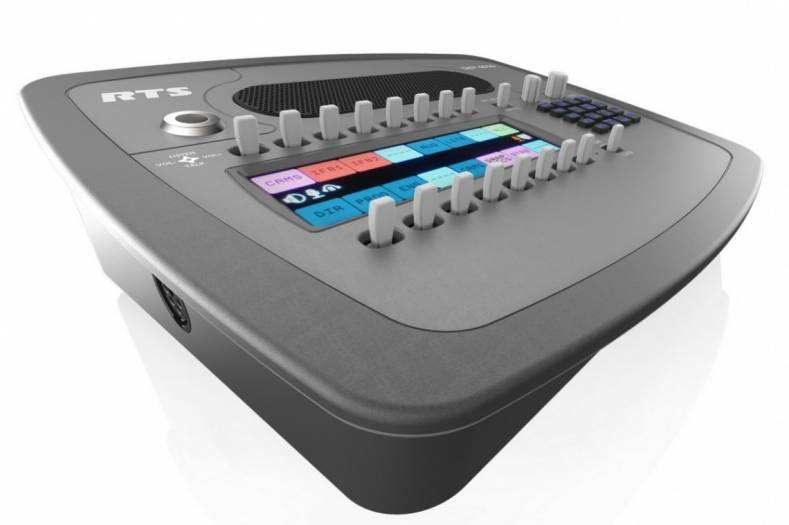 Communications developer RTS launched a new desktop intercom key panel at the ISE (Installed Systems Europe) show in Amsterdam. The DKP-4016 extends the company’s KP-Series of key panels and is able to operate with all current RTS matrices in a variety of applications, including broadcast studios and OB trucks.

Like other RTS intercom products, the DKP-4016 features the OMNEO media networking infrastructure. This uses the Audinate Dante Ethernet/audio over IP format for carrying media and data, with system control covered by OCA (Open Control Architecture) technology. OMNEO is designed to run on widely available IT equipment, which is said to make for easier installation and low cost upkeep.

While described as a desktop unit the DKP-4016 can also be mounted on walls, with specific versions for each. A range of connection options is offered, including general purpose input/output (GPIO) and rear connector (RC). There are also ports for RJ45, Ethercon and fibre module (SFP), which enable the key panel to be linked to analogue four-wire or digital IP networks. Four-pin and five-pin headset connectors are also part of the package, with an analogue auxiliary input for further flexibility.

The DKP-4016 has 16 four-way lever keys that enable listen/talk and cross-point level operations. As with other new models in the KP series, the system has a full-colour, wide-angle HD display. With upgrade capability through software updates, the DKP-4016 will ship during spring 2016.