Swisscom expanded its IPTV subscriber base by 166,000 in 2015 largely at the expense of its cable TV rivals.

European IPTV operators continue to gain customers from their cable TV competitors and defy predictions that their base will erode to younger OTT rivals. Swiss Telco Swisscom is among the most impressive performers with its IPTV customer base expending by 14.2% or 166,000 over the year to reach 1.33 million by the end of 2015.

Most of these appear to have churned from the country’s cable TV operators, which collectively lost 130,500 TV customers, according to industry association Suissedigital, bringing the number of cable households down by 4.9% to 2.51 million.

The story was similar in other European countries, with the top Dutch Telco KPN gaining 55,000 subs over Q3 2015 to reach 1.795 million after many quarters of sustained growth. Then in Czech Republic incumbent Telco O2 ended 2015 10% up over the year for IPTV subscribers at 200,000.

Even in Germany, where DTH operator Sky now holds nearly all the most lucrative sports rights, Deutsche Telekom’s IPTV service called Entertain continues to expand its base gaining 54,000 new customers in Q3 2015 to reach 2.63 million. This rate of growth is actually slightly faster than at Sky, which gained 227,000 over the whole year to reach 4.49 million at the end of 2015. 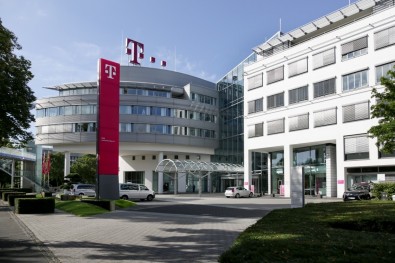 Generally though pay TV performance is determined by content rather than having much to do with the medium. Recent findings from UK market research firm Kantar suggest that unique sports content remains the key to gaining market share in the premium multiplay pay TV arena. Kantar’s consumer insight director Imran Choudhary noted that in the UK Telco BT gained 3.8% market share in just one quarter after heavily promoting its UEFA European Champions League football package, having won the rights over Sky in auction.

Yet Sky itself also gained 3.2% on the back of its English Premier League (EPL) football content, where it has kept the bulk of the rights. As Choudhary pointed out, around a quarter of these new customers cite the sports packages as their reason for signing up and often churning from rival operators. That is why these two broadcaster/operators have spent so heavily on football in particular, with UK EPL rights for the three seasons starting from late summer 2016 fetching £5.14 billion (about $7.5 billion) from BT and Sky between them.

Similarly in the Czech Republic, O2 TV admitted its performance was boosted by the launch of the proprietary channel O2 Sport. In Spain, Telco Telefonica’s IPTV service Yomvi soared past the 1 million subscriber mark late in 2015 on the back of live sports along with popular TV series, with the debut of Netflix on the channel generating a spike in October. In the Netherlands, KPN was hoping that its launch of Netflix around that time would have a similar impact.

Globally IPTV is still on the rise as well with quarterly growth rates actually increasing slowly through 2015, according to broadband research specialists Point Topic, just exceeding 5% by the end of the year. One of the few major exceptions to the IPTV growth rule came at AT&T in the US, where its Uverse IPTV services lost 240,000 customers in the last quarter of 2015, its third successive quarter of decline.

This can partly be explained by the organizational turmoil associated with AT&T’s digestion of DTH operator DirecTV following the $49 billion acquisition closed in July 2015. Indeed there may be an element of internal churn here given that DirecTV gained 214,000 over Q3 2015. Verizon FiOS, the country’s other significant IPTV service, only put on a modest 20,000 subs over the quarter at a rate of just 0.34% to reach 5.83 million. This suggests the IPTV sector is less buoyant in the US than Europe, although the market there is highly saturated.