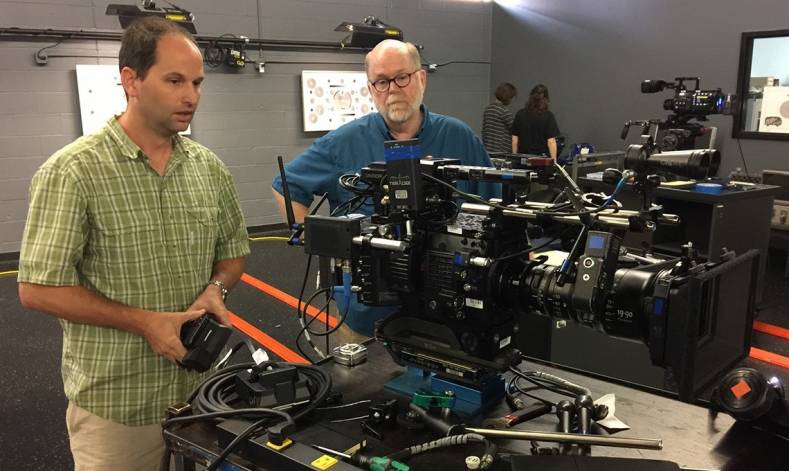 Cinematographers William Wages ASC and John Smith each shoot six episodes of the upcoming dramatic series Containment, slated for a mid-season premiere on the CW Television Network. Containment follows an epidemic that breaks out in Atlanta, leaving the large city quarantined and those stuck on the inside fighting for their lives. In separate interviews to shoot six of twelve season one episodes, DPs Wages and Smith each pitched the VariCam 35 to series Executive Producer Julie Plec.

Co-Directors of Photography William Wages ASC and John Smith shot Containment was shot last summer and autumn on sets and practical locations in Atlanta. The production rented four Panasonic VariCam 35s from SIM Digital; its Bling Digital division provides post-production services to the series. A and B cameras were predominantly used hand-held; a third VariCam 35 was dedicated to Steadicam work, and the fourth was used for second units and back-up. The cameras were outfitted with Fujifilm Fujinon 19-90mm and 85-300 zoom lenses, and 14mm and 16mm Primes.

“I like the way the VariCam 35's super 35mm sensor looks. The flesh tones feel film-like, with beautiful rolloff of the highlights . Also, with the VariCam 35 you get native 4K shooting, and I admire its modular design, the ability to split the camera/recorder in half.”

Both DPs said that the ISO5000 setting was intrinsic to the production. "We shot ISO5000 all the time, almost every day,” Wages noted. "We were able to drastically cut our studio lighting package. For example, we lit a 120' by 20' day backdrop with only 19 2K fixtures, and in most scenes had to dim it down because it was too bright."

“The VariCam 35's internal ND filters are fantastic,” Smith said. “Also, we took advantage of the ability to load LUTs into the monitoring channels. And the camera is as rugged as promised: we worked in sweltering conditions in Atlanta, 100 degrees, 95% humidity, with excellent performance.”

“The VariCam 35's latitude is such that I find you use only a tenth of the light you need with other cameras: a huge time-saver,” Wages said. “The camera renders tonalities more smoothly than other cameras, ably handling our broad range of skin tones and shaving years off the actors.”