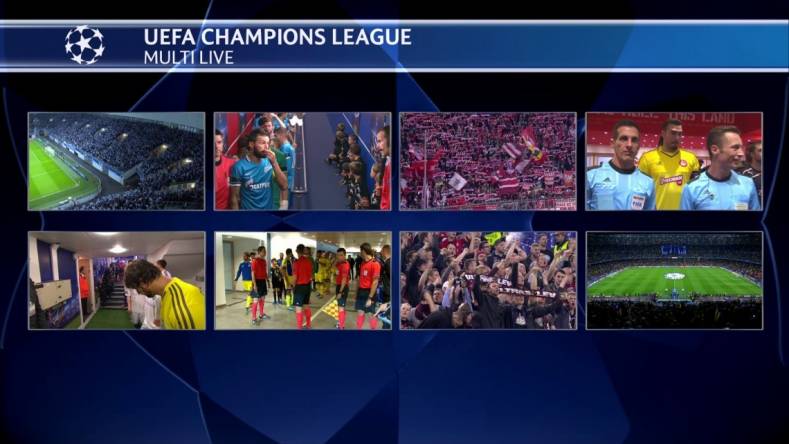 Belgium’s Skynet iMotion Activities (SiA), part of the Proximus Group, has deployed two Kahuna 9600 production switchers with accompanying Maverik control panels from SAM to support SiA’s Multi Live sports programme. This delivers up to eight live matches to viewers on one screen, including commentary and highlight analysis. The deal was overseen by VP Media Solutions.

SiA, based in Belgium, produces more than 700 live programmes annually, including Belgian football matches. All of its content is offered on Proximus TV and broadcast on its own channels, which are exclusive to the Proximus TV platform. Proximus TV is a service of the Proximus Group that provides digital TV services over its own IPTV platform in Belgium. With the addition of the SAM Kahuna switchers, SiA produces Multi Live in two languages simultaneously to support its wide and growing customer base.

Christophe Anrys, Solutions & Application Manager at SiA, commented, “Live sports is a highly competitive market, so our programming needs to be top-notch. We chose the Kahuna because it has the tools we need to increase our functionality and broaden our production capabilities. By purchasing two Kahunas with Maverik, we now have a total of 24 keys — all of which we use to display our picture-in-picture (PiP) effect to our viewers. Kahuna also lets us play clips directly with sound, which means we don’t need an external player.

“With the Maverik control panels, we can design the panel to fit our specific needs, so we have quick and easy access to things like custom thumbnails. These creative options are exactly what we were looking for in a switcher, including the option of moving toward IP in the future.”

Agile and customizable, the Kahuna 9600 is part of SAM’s Kahuna production switcher range, which is now fully IP enabled. It delivers all the processing and multi-format capabilities for which the Kahuna is known, with a full complement of IP inputs and outputs. The Maverik panel can be reconfigured for each individual production for greater control and design.

Tim Felstead, Head of Product Marketing at SAM, said, “Video switchers are essential to the success of any broadcast production, especially a live sports broadcast. The fact that SiA has entrusted SAM with its Multi Live program is a testament to the reliability and speed of the Kahuna Maverik. We’re delighted that SiA is harnessing the power of our Kahuna Maverik to bring enhanced programming to its viewers.”