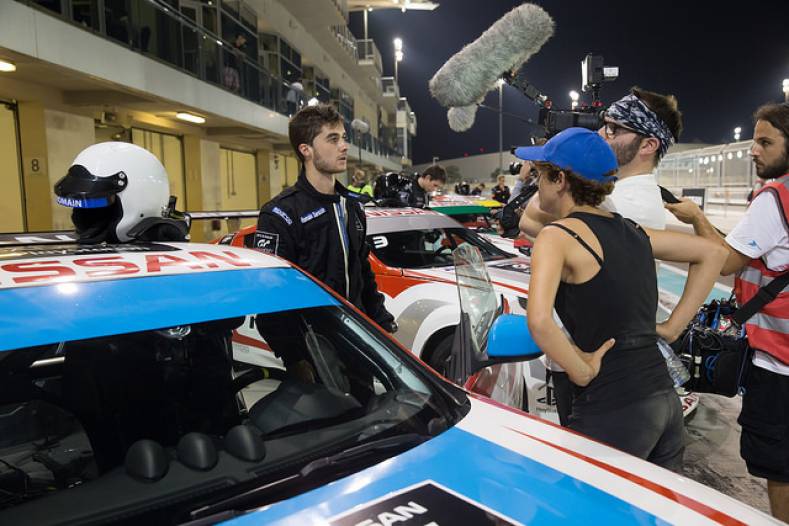 GT Academy is an initiative by Nissan and Sony Playstation.

German sports production company Mach2Media has deployed its recently purchased Elements One server and shared storage appliance for production and post of 68 episodes of GT Academy, broadcast in 24 countries.

GT Academy, an initiative by Nissan and Sony Playstation is the popular international contest that follows the best Gran Turismo video game players as they compete for the opportunity to become a real professional race car driver. The television show documents the intense competition and training for the final candidates.

Mach2Media served as the production company for the German edition of the GT Academy series for the past three years, establishing an unmatched benchmark for high-quality. In order to adopt and apply the same standard of programming to all other participating countries, Mach2Media was selected as the worldwide production company for the 2015/2016 season to be aired on RTL.

Mach2Media chose the 24-bay edition of Elements One as their centralized high-performance server and storage solution for the entire video content, captured with over 50 cameras around the globe, including RED Digital cameras, Sony F5, Canon DSLR, video drones and GoPro’s Hero4.

The all-in-one solution provides up to 360TB of shared storage in only 4 rack units and enables customers to work in a heterogeneous SAN or NAS environment to share media files natively across all platforms and non-linear editing and VFX applications. Maintenance is reduced, and complicated workarounds and time-consuming transcoding or copy tasks are eliminated.

Located in the Mach2Media production headquarters in Cologne, Elements One provides the international team of editors, based in 24 countries, with 24/7 remote access to all media assets. Data security is maintained with automated back-up routines, both online and on tape, and with the embedded token-based security system for added access control.

“The biggest challenges in a decentralized workflow setup over such great distances are quality control, data security and efficient communication,” says Simon Südel, Co-Owner and Executive Producer, Mach2Media. “Elements is the only vendor who was able to supply us with fast and highly secure storage plus a sophisticated, yet easy, user management.” 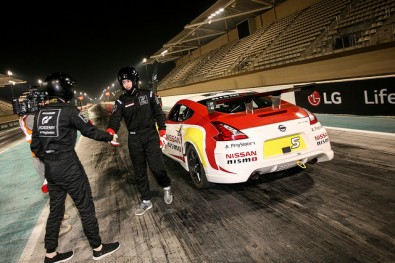 “For us, the greatest benefits of the solution arise from its Media Library,” Südel continued. “The unique features enable us to manage and supervise each episode abroad as if we produced it right here on site."

Mach2Media created three master templates for on-site editors to load their local content. The entire process is facilitated within the fully-featured Media Library Rough Cut Editor. Once the local content was loaded, Südel and his team of production supervisors in Cologne previewed the episode and left comments within the same file in the Rough Cut Editor.

"Leaving comments and change requests with an accurate time-code reference would already be quite helpful; however, the Media Library provides a lot more than that," says Südel. “The option to draw directly on the image, or comment specifically on the outlined part of the image simplifies the communication process, and reduces the rate of inquiry calls significantly.”

All proxy files, automatically created within Elements One, are linked to the original source material, making it extremely easy to implement requested changes fast and effortlessly. With Elements One library being compatible with virtually every professional editing application available and others, operators on site can even execute the changes directly in any editing application. The Media Library also fully supports Avid bin-locking and project sharing.

“Since the Media Library is fully intuitive and so easy to use, editors working on the GT Academy project were able to jump right in without any training,” adds Südel. “All the feedback from the team of international editors was positive, and everybody was thrilled to work fast and in such an uncomplicated and easy fashion.”

In addition, Mach2Media leverages the workflow automation option of Elements One, including automatic email notifications to an unlimited number of recipients, and triggers to automatically initiate customized actions, such as moving files automatically to certain folders.

As is often the case, Mach2Media realized eventually that the originally deployed storage space of 43TB was not sufficient to execute the entire project. “Fortunately we are able to expand Elements One during operation without the need to shut down the system, let alone conducting any data destructive tasks,” says André Kamps, CEO of Elements. “We doubled the media storage space by simply adding a JBOD expansion – on the fly and without any downtime.” 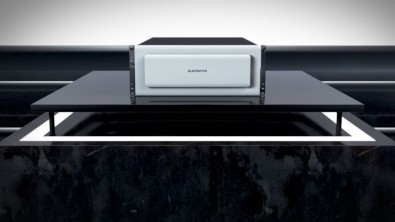 “For us this was almost a life-saver,” adds Südel. “Not only were we able to continue to work without any interruptions, but we were amazed that we could double our storage space without spending twice as much!”

An automated 3-stage back-up routine, including Elements Archive with LTFS support to back-up the data on redundant LTO tapes on a regular basis and additional back-ups on external NAS, guarantees data security.