Rose L. Shure, chairman of the audio company Shure, died peacefully at her home in Chicago on January 25, 2016.

Upon his death, she was elected Chairman of the Board of Directors and served in that position for the past 21 years. Mrs. Shure and her husband headed a company that had a rich history in the development of modern microphones and American electronics manufacturing.

The following year, Shure published its first direct mail catalog, which was one of only six radio parts catalogs in the United States at the time.

By 1928, the company had grown to over 75 employees, and Sidney's brother, Samuel J. Shure, joined the company, which was renamed Shure Brothers Company. In 1929, with the advent of the Great Depression and the increased availability of factory-built radios, Shure Brothers Company was forced to greatly reduce their staff and became the exclusive U.S. distributor of a small microphone manufacturer. In 1930, Samuel J. Shure left the company.

In 1931, Shure and engineer Ralph Glover began development of the first Shure microphone, and the following year, the Model 33N Two-Button Carbon Microphone was introduced, making Shure one of only four microphone manufacturers in the United States. 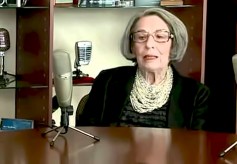 Shure's first condenser microphone, crystal microphone and microphone suspension support system (for which they received their first patent) were all introduced that same decade. In 1939, due to an invention by Ben Bauer, Shure introduced the Model 55 Unidyne Microphone, which went on to become one of the world's most recognized microphones.

After the war, Shure made an essential decision that differentiated his company from other manufacturers. It continued to build all its equipment to military specifications. That gave the company a lasting reputation for rugged equipment and contributed to the fact that its current SM 57 and SM 58, the best selling microphones in the world, are so tough you can drive nails with them.

Mrs. Shure, even in her final years, was a hands-on manager in the privately held company. She knew her employees and supported their outside activities from the company and was active in many charities.

“We have had the privilege of working with a truly extraordinary woman,” said Sandy LaMantia, Shure’s chief executive officer. “Our Company and many charitable and cultural organizations have benefited from her thoughtfulness and generosity. I am confident that the legacy left to us by Mr. and Mrs. Shure will continue to endure in our hearts and in our minds. That is exactly the way Mr. and Mrs. Shure would want it to be.”

The Shure family will hold private funeral services. In lieu of flowers, Shure said donations may be made to the Sidney N. Shure Kehilla Fund, the Jewish Community Center of Chicago, 30 S. Wells Street, Chicago, Illinois, 60606, or a charity of your personal choice. 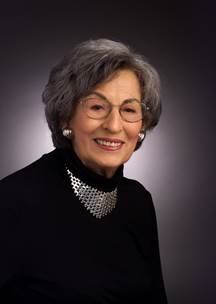