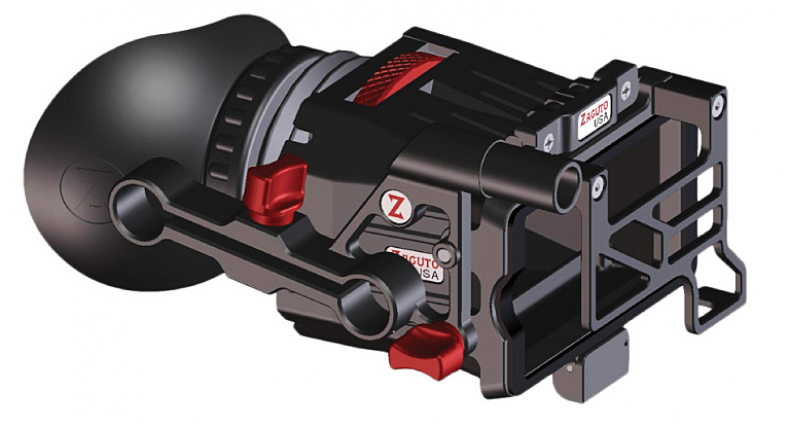 Zacuto has introduced the FS5 Z-Finder Pro, a loupe for the Sony LCD screen that’s designed to fit smoothly into Sony’s in-build LCD and offers 2x magnification. Also made for Sony’s “handheld hero” camera, Zacuto has introduced a grip relocator and top plate for mounting other gear.

“We’ve created an essential product for the FS5 - the Z-Finder,” said Steve Weiss, Zacuto’s product developer. “It has our patented anti-fog protector, which has been a huge hit. Add our great handgrip — you gotta use it, it will relieve that fatigue you get in your wrist — and you have a full shoulder rig including baseplate, handgrip and Z-Finder.” 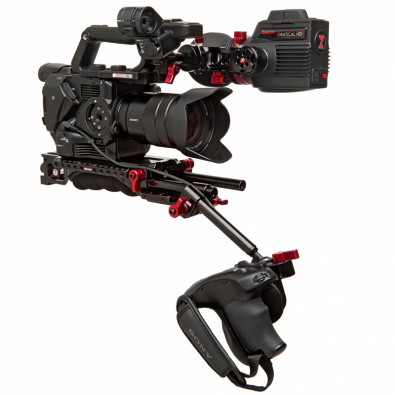 Two rig options were released along with the FS5 Z-Finder. Sony FS5 Z-Finder Recoil is the out of the box solution with Z-Finder and Grip Relocator. Sony FS5 EVF Recoil is for those who decide to forego the camera’s LCD and prefer an external monitor or electronic viewfinder like the Zacuto Gratical Micro-OLED EVF.

All of Zacuto’s FS5 accessories and rigs are available for pre-order. Expected ship date is mid-late February. The FS5 Z-Finder is $595, the FS5 EVP Recoil is $1350 and the Z-Finder Recoil is $1,500. The company is offering several pre-order specials.