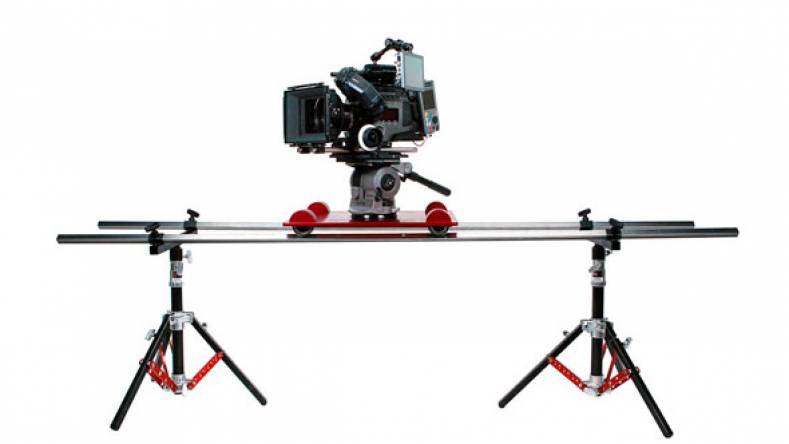 Matthews Studio Equipment will manufacture James Saldutti’s Dutti Dolly, a lightweight, compact dolly grip that can go places other dollies can’t. The new dolly design will be made at the Matthews’ facility in Burbank, California.

James Saldutti, a dolly grip, designed the new dolly for use on a specific project with cinematographer James Muro, who wanted to capture dolly shots from lower angles than existing equipment would allow. His solution, the Dutti Dolly, is a 20-inch by 24-inch aluminium plate that’s 1/2-inch thick and rides about two inches above the ground on eight skate wheels. Matthews liked the dolly  and decided to manufacture it.

Since it was first built, the dolly design has come into wider use. Muro used it on HBO's The Brink and TNT's Southland, and Joaquin Sedillo, ASC, used it for auditorium shoots on Glee, laying down track on a plank stretching across multiple seat armrests.

“While there are many different kinds of dolly configurations on the market, James has come up with a unique approach that fills a need in today’s fast-paced market,” said Robert Kulesh, Matthews’ vice president of sales and marketing. “Not only can it help crews multi-task, it is also light enough to move quickly and works low enough to get into places many other dollies can’t.” 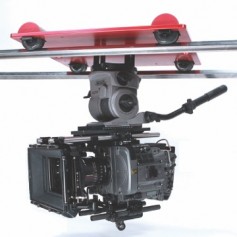 Saldutti said his dolly came out of Muro’s desire to shoot low shots. “The dollies out there rest too high on track,” said Saldutti. “To make shots work for James [Muro], I had to get lower — so I came up with a configuration that I thought might just work for one film. Who knew that would become his go-to piece of equipment on every project he does.”

Saldutti’s solution is also configured so that it can be carried much easier, saving a grip’s back and time from break down and set up.

Muro used the Dutti Dolly on top of the table in the White House situation room for HBO’s The Brink. “It sits on track on the floor for a self-motivated situation with a one foot or two foot riser. It can, obviously, fit in much tighter spaces than a conventional dolly. It simply makes for an intuitive operating experience, where there is not a lot of discussion not a lot of laying track, not a lot of big equipment.

“On the television series, Southland, we were always trying to have smaller simple solutions to get the camera crew in and out of the locations within two to three hours,” he added. “A couple of 12 foot planks and the Dutti Dolly and various sized sliders are pretty much all we needed. The dolly ended up being the staple of the camera movement on that show.”