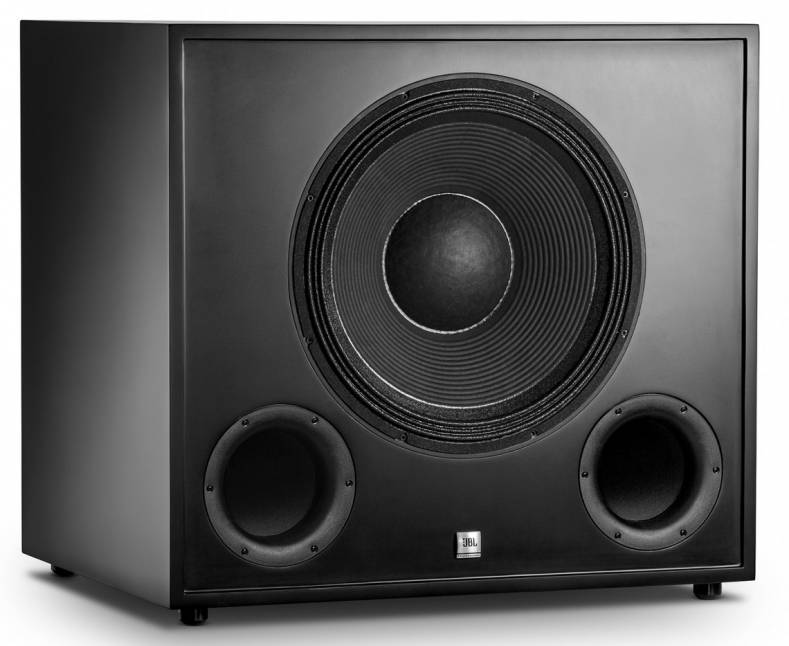 Specifically designed for studio use, SUB18 produces neutral low frequency response below 18 Hz, providing an accurate reference in the low frequency band and output equal to or greater than many double 18-inch subwoofers. Highest possible output and performance are obtained by powering the SUB18 with Crown iTech HD series power amplifiers.

The result is sustained linear output at higher SPL than otherwise possible and true sub-bass response. The 2269H is housed in a birch plywood enclosure that is only 24-inches deep, allowing placement behind film screens.

“The JBL SUB18 Studio Subwoofer channels our category-leading transducer and acoustic expertise to bring next generation performance to music and post production professionals,” said JBL’s Peter Chaikin. “Along with our flagship M2, the SUB18 allows music and post customers to have remarkable playback capabilities and room to room consistency in their facilities.”

The JBL M2 Master Reference Monitor System allows users to easily integrate the dynamic "big" monitoring experience into their work spaces. As small- and medium-sized rooms play an increasingly important role in content creation, accuracy and robust dynamic range are required from a speaker system with a modest footprint.

Used as a floor-standing or soffit-mount speaker system with Crown amplification, the M2 System delivers what JBL called “unrivaled performance and a jaw-dropping listening experience.”