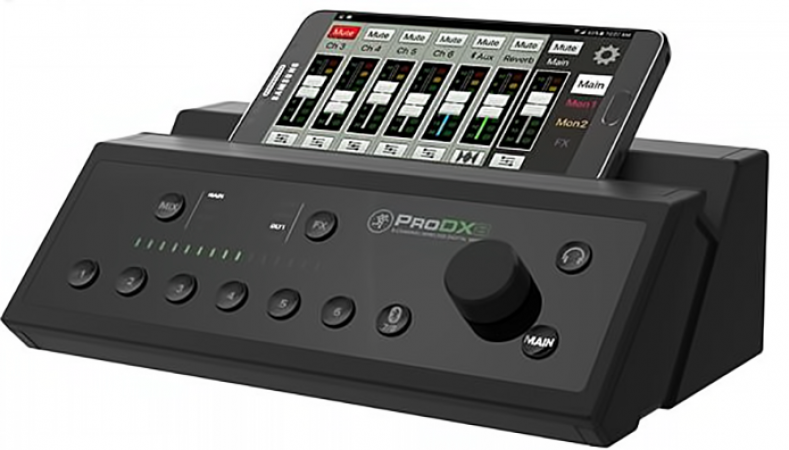 Mackie has introduced the ProDx8 mixer series, new eight and four channel professional wireless digital mixers that can be controlled by a smartphone.

Mackie said with wireless streaming and control, processing and an intuitive control app for iOS and Android devices, the ProDX mixers deliver the benefits of digital mixing in Mackie’s most compact mixers ever.

Both mixers are equipped with Mackie’s Wide-Z mic preamps. These combo inputs allow connection of mic, line and instruments and require no gain adjustment for easy setup.

Using the companion MixerConnect control app, users unlock powerful processing and total wireless control plus the ability to wirelessly play back music or backing tracks from any Bluetooth capable device.

Mackie said the new professional mixer is ideal for users requiring a low channel count with all the benefits of digital mixers with an easy to learn interface. The mixer is ultra-compact for effortless transport and a perfect fit in tight spaces. 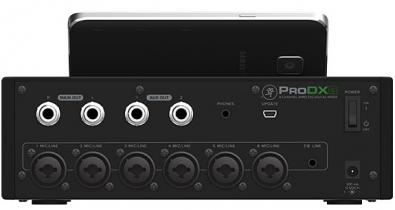 An integrated control bridge holds your phone or tablet for a quick view of your mix. The mixer can be placed out of sight and controlled entirely with the phone.

It features three-band EQ with low-cut per channel, channel compression and 16 ReadyFX reverbs, delays and choruses. Outputs feature a flexible graphic EQ for fine tuning of the mix.

The ProDX4 features two Wide-Z preamps, plus TRS main outs and an aux send for sending audio to a monitor or separate zone. The ProDX8 extends the input count to six mic preamps and the addition of a second aux send. Both mixers also come with a ⅛-inch stereo aux input for connecting a media player and a headphone output for monitoring or silent practice. 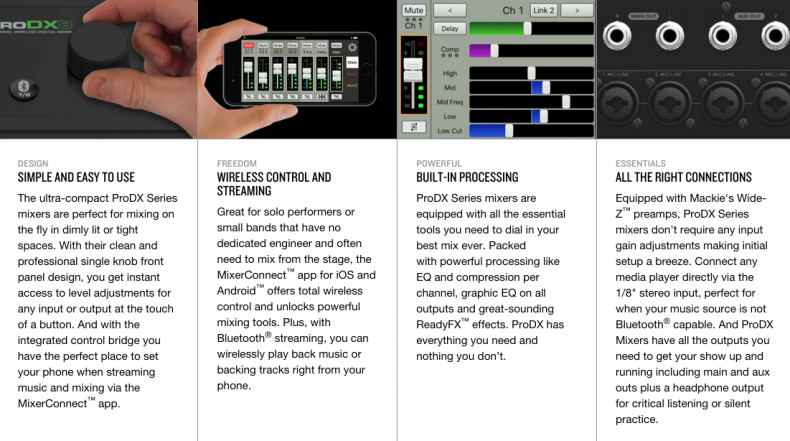