Mark Aitken is VP, Advanced Technology with Sinclair Broadcast Group. Mark wears all kinds of hats and runs a blog he calls MisterDTV. In another endeavor, Mark put together ONE Media in May of 2014 to help prepare ATSC 3.0 for the market. At CES 2016 in Las Vegas, ONE Media was the technical coordinator pulling together all the elements for the demo.

To make the Sinclair demo a reality, an over the air signal was transmitted from Black Mountain, originally to support Samsung in the LVCC. “At Black Mountain,” Aitken explains “We installed a solid state Rohde & Schwarz standby transmitter that we already owned.” 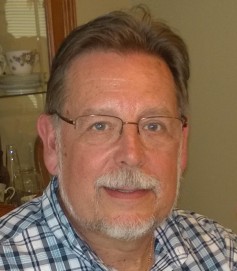 The transmitter used a TeamCast Vortex ATSC 3.0 enabled exciter, which included a ONE Media front-end modulator/waveform generator. The exciter accepted an I/Q data input. The UHF Channel 45 DTV transmitter, fed its 5kW output power into a Dielectric panel antenna for an ERP of 20kW. The station operated under an experimental STA (Special Temporary Authority) FCC license.

Aitken described the experimental broadcast’s genesis. “The first mention of the CES demo was last August, when Sinclair and Pearl TV signed a memo of understanding (MOU) with Samsung, who wanted to follow the broadcasters’ lead in the ATSC activity. Many broadcasters got onboard when Sinclair and Pearl TV joined in to bring industry consensus to many aspects of the ATSC 3.0 activity.”

The MOU plan was to work together towards common objectives of 3.0 implementation in every way possible. Planning and work for the CES demo began in earnest in October. ONE Media managed the on-air effort from Black Mountain and also managed a demo suite at the Wynn to showcase UHD formatted for HDR.

About 3 weeks before CES, a delegation from South Korea visited Las Vegas to see ATSC 3.0 in real life. This was because South Korea needs to make a decision by May or June 2016 on what standards to use for its newly authorized UHD terrestrial service. That was also a reason for the secondary receive site at the Wynn. “It wasn’t in the original plan, but it worked just fine,” quipped Aitken.

The UHD demonstration highlighted the benefits of IP showing live playback of the broadcast signal on a tablet.

Aitken said “The backdrop of one major element driving ATSC 3.0 is that South Korea, who will host the 2018 Winter Olympics, needs to unify around a ‘state of the art’ UHD television broadcast solution.” The momentum has been accelerated by the South Korean government. It recently allocated an additional 30 MHz of spectrum for free over-the air terrestrial UHDTV services to the public.

The momentum is also driven by the insistence of broadcasters and viewers in South Korea, national pride, and probably not a coincidence that the #1 and #2 manufacturers of display screens, HDTVs and UHDTVs happen to be South Korean.

Aitken went on to remark “The South Korean Olympics will be an opportunity to showcase everything in UHD. All kinds of live and archival content will be generated in UHD, not simply 4K.”

Samsung and LG are the world’s largest CE providers of big-screen displays. They want to make and sell new big-screen UHD-TVs and displays. But in the context of what ATSC 3.0 needs to support, US broadcasters are looking beyond TV screen technology and content.

There’s much more to ATSC 3.0 than UHD-TV. Aitken likens ATSC 3.0 to “a wireless IP conveyer belt. Not a transport stream, but real IP.”

ATSC 3.0 is the opportunity for broadcasters to offer more services, level the ‘IP delivery’ playing field, and put that spectrum, transmitter and antenna to more effective use. ATSC 1.0 has digital sub-channels. ATSC 3.0 has many possible new services. IP enabled digital services open many new opportunities for broadcasters to enhance existing business beyond secondary program channels. 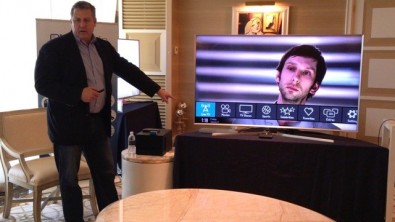 At the Wynn Hotel demonstration suite Kevin Gage, ONE Media’s Executive VP and CTO, highlighted the IP benefits and features of a live ATSC 3.0 broadcast.

The most high-profile aspect of the CES over-the-air demonstration was the HDR/UHD ATSC 3.0 live broadcast on Channel 45. It was an undeniable CE landmark.

A less obvious, but similarly exciting, demonstration of 3.0 features was MMT enabled services, including multi-mode service (MMS). MMS includes UHD content, personalized ad insertion and user-controlled Dynamic Stream Switching (DSS). DSS lets users select services with their remote. Right now for example, if a ballgame runs long, stations and networks must decide whether to push back regular programming or break away to it. DSS can give each viewer the choice through a pop-up memo to go to the regularly scheduled content or continue to watch the game.

The third 3.0 demo highlight was interactive Wi-Fi enabled ‘Home Gateway’ services to fixed and portable devices. One demonstration involved a secondary DTV transmission (again, TeamCast/ONE Media enabled) in the demo room, transmitting to a ONE Media receiver that sent an IP stream into a home gateway. An Amazon FireBox tied into a Samsung UHD TV played all the HD, multi-channel content across the IP link. The same stream was plugged into the Wi-Fi gateway for Android-based tablets using software that looked like the Internet.

For a different level of engagement, ATSC 3.0 also has the ability to download files and personalize services based on who is watching. Ads can be targeted and include couponing for different products, just like the Internet. All of these capabilities were demonstrated. In other words, says Aitken, “All that is digital today can go to the broadcast environment. Besides making TV look better, it puts TV into the IP world, like on mobile broadband platforms. Its all about wireless IP.” 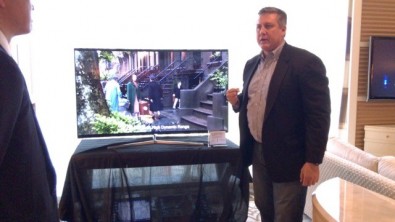 A display becomes a ‘Retina Display’ when the number of pixels exceeds the smallest size the eye can perceive at a particular distance. For example, the retina distance for a 50” 1080/60p HDTV is approximately 6.5 feet (3 times picture height). Retina distance for a 50” UHD TV is about 3.25 feet, half the difference! The wider color gambit creates better pictures that can be easily appreciated beyond optimum retina distances. HDR enhances the luminance values possible, providing even more realism.

One of the HDR standards for UHD is Hybrid Log-gamma (HLG), a joint development of the BBC and NHK. Essentially, the standard uses a gamma curve in the dark half of the picture and a logarithmic curve in the bright half. The conventional gamma curve was originally intended to mask low light camera noise and is not necessary in HDR.

ONE Media was established as a joint investment between Coherent Logix and Sinclair Broadcast Group with a vision to build the “Next Generation Broadcast Platform.” One of ONE Media’s biggest tasks has been to develop a robust vendor community to provide for the requirements for 3.0. Another has been to provide a technologically unified voice for the Broadcaster requirements for the transmission system. Both goals have largely been achieved. 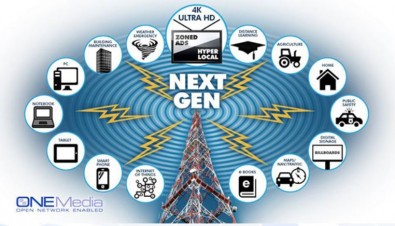 ONE Media, in joint partnership with Sinclair Broadcast Group and Coherent Logix, is creating the “Next Generation” broadcast transmission platform for the television industry. The goal is to extend the existing high power/tall tower broadcast infrastructure and associated business models, while supporting delivery of mobile television and other data services to portable devices.

The ONE Media vision is that to be competitive, the broadcast platform must support all business models, whether fixed services such as UHD to the home, portable services within the home such as those to laptops, tablets and other media enabled devices, or nomadic services outside of the home such as tablets and cellphones. This solution envisions and supports the converged environment consumers are learning to expect. The ONE Media demos at CES were led by Kevin Gage, EVP of strategic development and CTO at ONE Media.