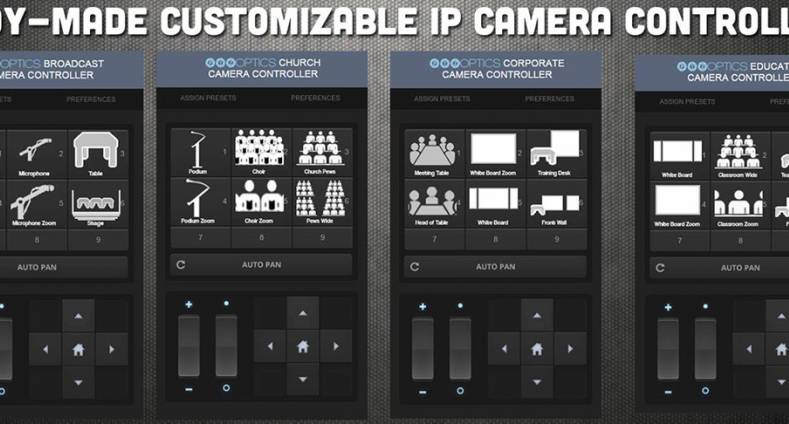 PTZOptics has introduced a new set of “ready-made” PTZ camera controllers, including one for broadcasters. End users can customize each controller without touching a single line of code.

PTZOptics, based in Philadelphia, said each controller is available under the open source GPL 3.0 license.

The four unique open source camera controllers built for each of the main markets served by PTZ cameras include broadcast, corporate, education and house of worship. Each camera controller features image-based preset buttons along with the standard pan, tilt, zoom and focus buttons.

For developers who understand HTML/CSS/JavaScript, these camera controllers are completely open source and can be customized to fit any project.

The Broadcast Camera Controller is a set of open source files pre-configured for a standard broadcast. It features six easily configurable image based preset buttons and three additional presets buttons along with the standard pan, tilt, zoom and focus buttons.

There are standard presets for podium, microphone, table, podium zoom and microphone zoom and stage.

PTZOptics was one of the first companies to combine multiple digital video outputs with simultaneous RTSP/RTMP streaming. The company supports all the industries top control protocols including: VISCA over IP, RS-232, RS-485 and ONVIF.

With support for digital video outputs such as USB 3.0, HDMI and HD-SDI PTZOptics interfaces with the industries top broadcast equipment manufacturers including BlackMagic, Epiphan, Roland, NewTek, Sony and Panasonic.