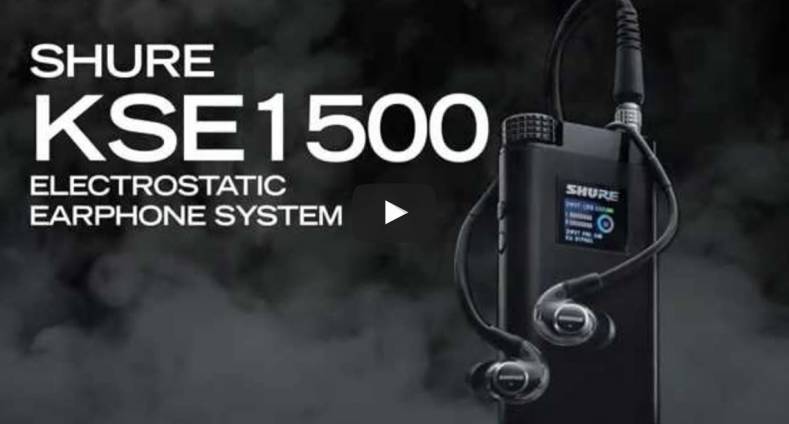 There are literally dozens of models of professional quality earphones available today. Since the specs mean very little in this category of pro audio gear, how does one know which model is right for an application? And most difficult of all, which earphones will work with the unique physiology of your own hearing?

Professional earphones are made by a range of companies, including Shure, Sennheiser, Etymotic Research, Ultimate Ears, Westone, Telos Acoustics, JH Audio, Aurisonics and Audio-Technica. Their prices range from very low to sky high.

Shure’s professional line of earphones, for example, begin at $99 and top out at $3,000. But it would be wrong to assume the most expensive earphones are the right models for any particular application or even for your own ears. Shure recently did a one-hour webinar on this very question. What are the differences between earphones and how to choose a model that will work for you? Unlike many audio products, the answer may take some work on the customer’s part to make the right decision.

Shure, who made its reputation building microphones used by entertainers and broadcasters throughout the world, started looking at earphones in the mid-1990s almost by accident. Now, just over 20 years later, the company’s professional earphones rank among the best available.

It was 1995, when Shure was working on wireless microphones, that it began developing wireless personal in-ear monitoring technology for musicians who were tiring of the problems associated with stage monitors. That team produced the Shure PSM 600, a wireless stage monitoring system which became a surprise hit for the company.

Though Shure understood the wireless technology used in the PSM 600, it didn’t know much about earphones. For that reason, it bought the first earphone for the 600 system — the EM1 — from a third party in 1997. Sales of the system continued to grow and it was often packaged with Shure’s high-end wireless microphone systems. The company then decided it would get into the earphone business. 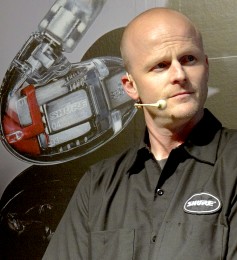 At the webinar conducted by Matt Engstrom, category director for Shure’s microphones and monitoring products, and Sean Sullivan, product manager for Shure’s earphones and headphones, the earphone gurus explained what they had learned about the technology over the years.

Most cheap consumer earbuds, like the kind bundled with every smartphone and music player, use basic dynamic drivers. These have a small magnet surrounded by a coil of wire. When the current goes through the coil, the magnet moves — creating a sound. It works like a miniature speaker, creating audio that is warm and naturally pleasant. It works well enough to keep many consumers happy. Earbuds using dynamic drives range from cheap or expensive, depending on their quality.

Professional level earphones go further. The original E1 earphone used a single balanced armature driver, a technology that was born in hearing aids. In this design, a current is again passed through a coil of wire, which is wrapped around an armature. The coil is suspended between two magnets. The changes in electrical current causes an attraction between the coil and magnets, moving the armature thousands of times each second. A diaphragm is connected to the armature, whose movement produces sound.

The sound of Shure’s early E1, said Engstrom, was “pretty thin. It didn’t have a huge amount of low-end, especially at high volumes. Dual driver earphones at the time were very expensive. This led Shure to work on the first high-end universal dual drive earphone at a lower cost. We introduced it in 2000 at a price point of $500 and it was very popular among musicians.” Balanced armature drivers are tuned for specific frequency ranges, allowing two or more drivers to be used in the earphones. These drivers are used in most common professional earphones today.

In addition to improving the sound, Shure was also learning other things about earphone technology. “Isolation is the key,” said Engstrom. “It is what allows you to hear above the other things going on onstage. We learned early that without a proper coupling to the ear that the experience was not going to be correct. That’s why foam has been our sleeve of choice since the very beginning. It continues to isolate the most outside of soft silicone custom-made molds.” 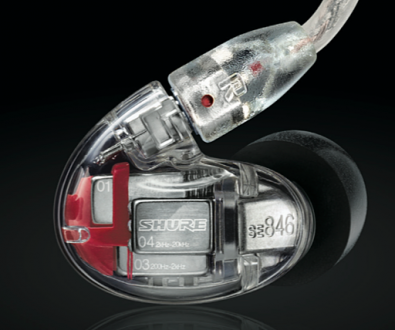 So far, Shure has put no more than four drivers into an earphone model. These multi-driver units use passive crossovers and a low-pass filter made of a series of welded plates that admit certain frequencies through pathways to the ear. This results in a minimum of bleed between the low, mid and high frequencies. This is the technology used in Shure’s SE846 earphones, which cost $999.

This technology enables the deep low-end performance of a true subwoofer without sacrificing clarity or detail of mids or highs. The earphone’s sound isolating sleeves block up to 37 dB of ambient noise. These are Shure’s top-of-the-line earphones for stage monitoring used by professional musicians. 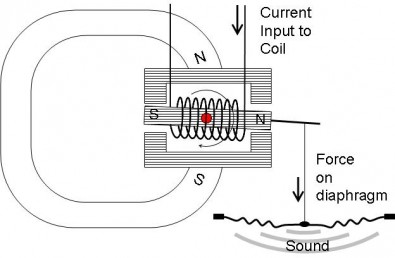 A common misconception, said Engstrom, is that more drivers result in better sound. That is not true. “More drivers is not good,” he said. “Unfortunately, the manufacturing of these drivers is not a precise and exact science. There is a deviation of one to three decibels from unit to unit. This can create a non-linearity. Finding four that match is not easy.

“It does not mean people would not like the way it sounds. It just means that the sound would not be reliable. And we wouldn’t want to do that. Our mantra is we make tools, not toys. The toy might sound very interesting and nice, but a tool is something that sounds correct and accurate. Our philosophy of microphones is to capture it correctly. Our philosophy of earphones and headphones is reproduce it correctly. When you add drivers, you add variation and that is not accurate.”

The latest of Shure’s technology in earphones is electrostatic, which was introduced last year. Though it has been around previously in speakers at very high prices, electrostatic technology provides the fastest, most accurate transient response available. Shure applied it first to sound isolating earphones.

With Shure’s KSE1500 ($2999.00), each earphone features a virtually weightless, massless diaphragm surrounded by an electrostatic field generated by back plates that manage charge oscillation. The result is unmatched clarity and detail with an extremely high correlation to the source audio. Electrostatic technology is far more accurate than dynamic or balanced armature driver earphones because there is little mass to be moved.

The tradeoff, other than high cost, is the electrostatic earphones require their own amplifier and power and a certain amount of customizable EQ control. Settings like input source and level, output volume, battery level and EQ settings need to be monitored. In short, they are more complex.

“Electrostatic earphones essentially use the same technology as a condenser microphone but in reverse,” said Sullivan. “With the earlier systems, you were moving a good bit of mass. But electrostatic is massless. It is a sheet of mylar with a coating on it between two plates that creates an electrostatic field. As the field fluctuates, it weighs nearly nothing and gets the fastest transient response which equates to incredible clarity and detail.”

Engstrom said Shure’s high-end four-unit balanced armature SE846 and the electrostatic KSE1500 are designed for somewhat different purposes. “For onstage work, I don’t know that the amount of detail from the electrostatic is needed or wanted. When you are listening at stage volume, you are competing with above 110db in really loud scenarios. The high frequency is not what most people suffer from. Most struggle to put out the super low-end. This is where the SE846 excels.”

Electrostatic earphones, on the other hand, are better for mixing, mastering and editing audio where complete customization is needed. “You will hear every detail, good and bad,” said Sullivan.

Even with the choices from Shure and other manufacturers clearly defined, Engstrom said, it is still not simple to pick the right earphone for the job and individual. Reading the specs, like frequency response, is of little help.

“We never discuss frequency response internally,” said Engstrom. “We only talk about a range, which is a compromise itself. The range will say the lowest and the highest an earphone or other device will go. But at what point do you stop hearing? We want to communicate that you are getting a full range product. None of our products are unevenly weighted toward one end or the other. But it’s almost impossible for us to determine how it will sound in your ear. We use our curves for manufacturing consistency. The important thing is what happens in between those two points.

“It’s like taking a trip. You can say these earphones go from 20 Hz to 20 kHz. That’s like saying you went from Boston to California. But it doesn’t say anything about the quality of the trip. It doesn’t say if you took a buggy, an airplane or whether you swam. You can have an earphone with a range of 20 Hz to 20 kHz that sounds awful or you can have one that sounds the greatest you’ve ever heard. It’s very dangerous stuff to put much faith in those specs. Listening is the way you tell.”

Also, realize that sound isolation is different from noise cancelling. “We are far more effective,” said Engstrom. “We isolate sound with a foam from the outside. We are not ‘smart.’ We don’t use electronics or batteries. No one in the pro audio world would use a noise cancelling earphone or headphone as a reference because you don’t know what it is cancelling.”

Engstrom said the customer’s ears are the most significant part of the chain and where the decision for any earphone should be made.

“Everyone’s hearing is different,” he said. “It’s like a fingerprint. People expect different things. Their ears are shaped very differently. It’s very, very different from ear to ear to ear. The best we can come up with is to have a uniform exit point for the earphone with a nice high isolation sleeve. That is the best way we can guarantee delivery to the ear canal.”