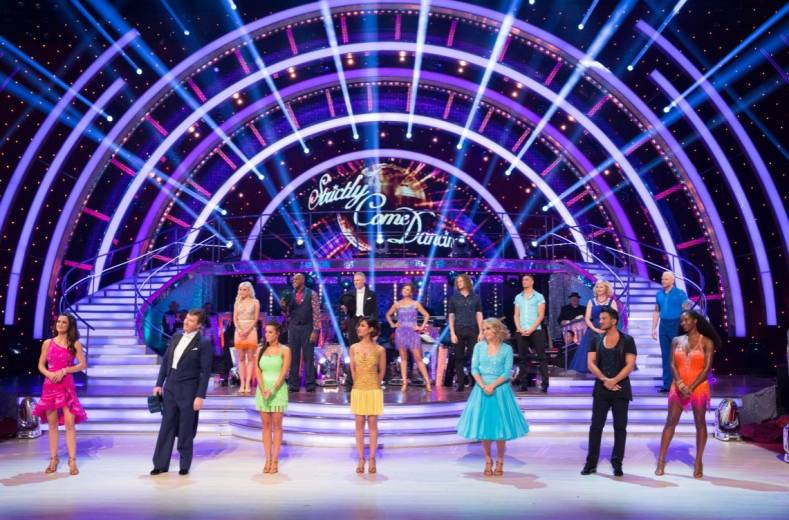 The inside track on how BBC Studios and Post Production uses Matrixstore within the post workflow for flagship BBC One entertainment show Strictly Come Dancing.

BBC Studios and Post Production (BBC S&PP) provides HD TV studios and studio support, post-production facilities and digital media services to production companies and broadcasters. A fully owned commercial subsidiary of the BBC, its clients include ITV, Channel 4 and Sky, as well as the BBC, plus an array of independent producers.

One of BBC S&PP’s biggest shows is Strictly Come Dancing (‘Strictly’), the flagship BBC One entertainment show in which celebrities take to the dance floor with a professional partner to compete for the coveted Glitter Ball Trophy.

The main weekend shows air on BBC One in primetime on a Saturday and Sunday night but the show is so popular that viewers are also given the chance to catch up with the latest from the dance floor on Strictly Come Dancing: It Takes Two, which airs each weekday on BBC Two.

BBC S&PP provides full studio facilities, post-production services and technical support for the entire series, including It Takes Two, from its base in Elstree in London.

When Strictly moved from standard definition (SD) to high definition (HD) there was a requirement to invest in extra storage capacity to cope with the additional data that comes with working in a higher resolution.

“The challenge at the time was to have sufficient online capable storage for Strictly, which generates about 150 hours of material per week,” explains BBC S&PP post-production supervisor, John Loughman.

“The storage needed to be fast enough to run multiple ingests and also be read by multiple machines. A lot of storage was required. Price was a big concern but the big thing was reliability.”

After evaluating the market options, a seven node, 210 terabyte Matrixstore from Object Matrix was purchased. Hosted in BBC S&PP’s data centre, it is used for ingesting memory card content and acts as a nearline archive for all the Strictly footage.

“It is our main nearline for any tapeless material we ingest,” says Loughman. “This includes media and tapeless rushes from PSE shoots. We also use it for backing up studio shows that we do tapelessly.”

As part of the installation Object Matrix provided customised metadata entry forms for its DropSpot technology. The forms are used during the Strictly ingest process by BBC S&PP data wranglers.

“Users have to input meaningful metadata,” explains Nick Pearce, sales and marketing director of Object Matrix. “That creates a meaningful file system and folder structure so that, whether they are using search or the file system, they can find the content easily.”

The DropSpots automatically back-up the footage captured on the memory cards and then, based on the information on the metadata document, file the media away in a vault inside MatrixStore.

“It is a very straight forward process,” says Loughman. “There are a selection of lists and only a couple of required fields. From there we back-up the footage from the MatrixStore on to LTO tapes and onto a data server."

Once the footage has been ingested and backed up, feeds are then passed through a media asset management (MAM) system and logged. From there, chosen clips are made available to Avid Media Composer non-linear editing workstations. Strictly producers can also clip additional material using the logging system.

All footage is then transferred in HD, negating the need for the final conform process. In some cases, to balance storage loads, some packages are cut at a reduced resolution on Media Composer and conformed on the MatrixStore.

“You can AMA (Avid Media Access) link as you would any other drives,” says Loughman. “Quite often we'll be asked to go back to rushes and select a shot or clip-up something or get it into the Avid. We can do that with MatrixStore without having to go back to an LTO tape.”

MatrixStore has now been in place at BBC S&PP for more than five years. The nature of the technology means that, in the future, more workflows can be added, if required, and the technology can also be used to back-up footage held on other storage systems.

"Our vault technology provides virtual spaces within the MatrixStore,” explains Pearce. “Users can simply add a new vault for any new workflow at any time."

"We do have other nearline storage available but the MatrixStore is there, it's being used and it is one of our go-to places for nearline,” concludes Loughman.

“It is currently being used for our post-production workflows but it could one day be used for our live studio storage too."