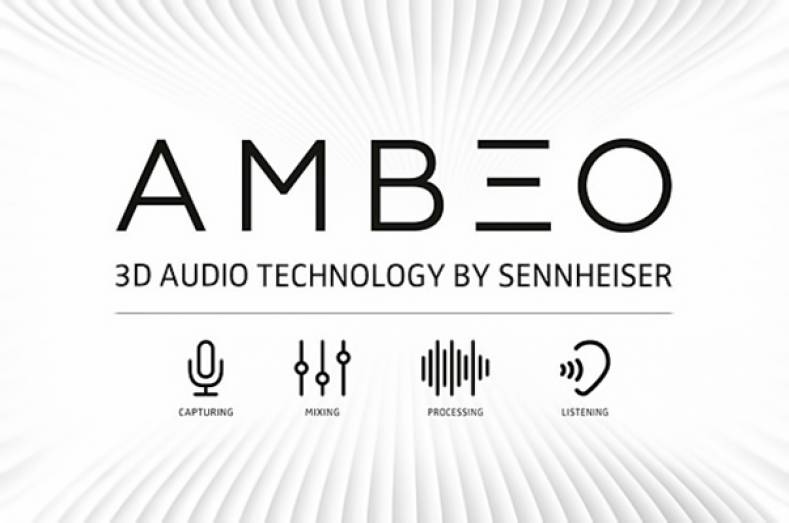 In an announcement at CES in Las Vegas, Sennheiser’s AMBEO 3D audio will compete with the likes of Dolby Atmos and DTS:X. But while Dolby and DTS are more centered on home theater, Sennheiser will focus more on music, gaming and augmented reality productions.

“3D audio is the new frontier of excellence, set to transform the listening experience for users across a broad range of applications, from virtual reality gaming to audio recording and broadcasting,” said co-CEOs Daniel Sennheiser and Dr. Andreas Sennheiser.

“We have been active in this area for some time with 9.1 mixing and recording and the audio design for high-profile exhibitions. We are now increasing our efforts considerably to introduce this amazing sound quality into new products and applications, enabling users to experience and shape the future of audio.”

Sennheiser said the microphone was designed in coordination with VR content producers and is scheduled to launch in the third quarter of 2016. In 2017, Sennheiser will ship a software plug-in that will be bundled with the same mic for VR content post-production. The format will feature an upmixer that can take native two-channel content and upmix it to immersive sound.

Another highlight is the Venue Modeling software. A Sennheiser demo version features the room characteristics of several clubs, such as Mighty in San Francisco and the Rex Club in Paris. It enables DJs to experience their sets as if they were in the middle of their audience.

Sennheiser said the Venue Modeling technology is a milestone in virtual room acoustics replication. Unlike other reverb tools and plug-ins, this VST plug-in lets ambitious DJs, PA artists and EM producers experience their audio tracks in the location they want to perform in.

The plug-in helps to tailor the audio to any desired room atmosphere, and a growing venue database connected to the plug-in will offer DJs a source to prepare for their show. The VST plug-in will become available in mid-2016.

Sennheiser’s expertise in 3D audio technology is also being featured by gaming specialist, Soulpix, which has drawn on the audio specialist’s long experience in the field for its virtual-reality game, EDEN. Through a proprietary Sennheiser algorithm, the sounds in the game are easily localizable and transport the listener to an imaginary yet realistic soundscape.