Knowledge Network—British Columbia’s public broadcaster based in Burnaby, Canada—offers commercial-free creative documentaries, arts and culture, drama and children’s programs from Canada and around the world. The network operates a main HD channel, a separate SD channel as well as BBC Kids, a national children’s specialty channel run as a joint venture with BBC Worldwide.

The program schedule is filled with programming from over 30 different distributors worldwide including: primetime dramas, programs on the arts, nature, world cultures, business and technology, as well as documentary commissions produced by local and international independent producers.

As one of only two English language provincial broadcast networks in Canada, Knowledge Network is a commercial free, 24/7 network watched by over 1.4 million viewers weekly. It’s primarily delivered via satellite to British Columbia cable systems as a basic, must-carry service, with a small portion of the audience tuning in via direct-to-home (DTH) satellite services.

“The reality is that there are many cost and operational efficiencies associated with migrating to an automated file-based workflow...the Vantage workflow is vital to our business.

“Vantage and Pipeline have replaced the bank of videotape machines we previously used to prepare this high volume of program content for air. 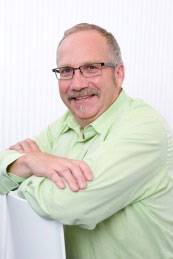 Oliver Eichel, Director of broadcast operations and engineering for the Knowledge Network says the facility’s workflow has greatly improved with the addition of Telestream’s Vantage Workflow.

“The benefits of Pipeline, Vantage and Lightspeed are that this workflow lets us ingest and transcode multiple television shows at once, just as we would have done with tape machines. But since Vantage runs on servers, which don’t need the costly maintenance and repairs of videotape machines, it’s already saving us capital and operating expenses. We have also experienced an increase in efficiency. We’re now able to process multiple files simultaneously or cue a significant number of files that process overnight, something we could not do using a tape based workflow.”

Supporting legacy technology
However, videotape has not quite disappeared from the workflow. A small number of HDCAM and other format tape machines are tied to the two server-based Pipeline ingest stations. This is necessary because in addition to file-based ingest much of their programming still arrives on tape. Each Pipeline system ingests the HD/SD-SDI content converting the video into the high bitrate house file format, DNxHD in a .MOV wrapper at 145-Mbps or Pro Res 4:2:2 at 147-Mbps.

“As Pipeline ingests the video into our high bitrate master file, Vantage creates a low res proxy of it,” Eichel said. “We then FTP that proxy file to third-party closed captioning houses so they can generate the necessary captions. When they send the finished caption file back to us, Vantage merges the caption file with the high bitrate master video file as part of this overall workflow.”

“With respect to transcoding, there are three gotchca’s: timecode, frame rate and standards conversion,” Eichel said. “Since many files come in with non-drop-frame timecode, and we need drop-frame timecode for our automation control software, we had to create a workflow in Vantage that would automate the process of stripping off the non-drop timecode.”

In some instances, frame rates also need to be converted. Because many of the network’s program suppliers are independent filmmakers, it’s not uncommon for them to furnish a master at a frame rate of 23.98 fps. This filmic frame rate has to be converted to the 29.97 frame rate required for television. Because Knowledge Network’s relies on distributors from around the world, the requirement need for frame rate, timecode and standards conversion to 1080iHD (ATSC) will remain a common requirement for the foreseeable future.

Getting playout right
The Pipeline with Vantage workflow is pivotal to the whole goal of proper playout. Eichel says, “Whether it is files we create via Pipeline ingest or files we receive from distributors, Vantage is a workhorse. Using our custom in-house-created workflow templates, we convert, merge, adjust and manipulate the files to create versions that seamlessly integrate into our broadcast and broadband platforms.“ Vantage takes the in-house file standard DNxHD file—or other popular file formats such as ProRes—and converts it to a 50-Mbps broadcast master in the LXF file format required by the Harris Nexio playout server. 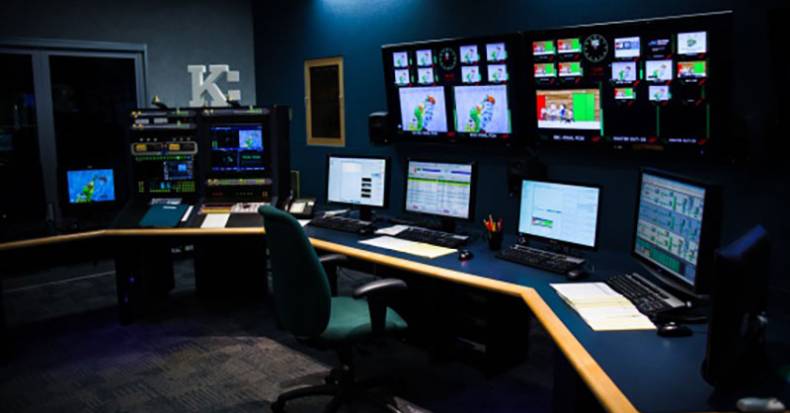 While Knowledge Network has its Vantage system configured to easily handle routine transcoding missions, files still arrive in formats that don’t conform to the house standard. At this point, the Vantage workflow easily manages any required transitions.

When Eichel’s engineering and operations team needs to set up a new workflow to handle an unusual transcoding scenario, they often turn to their more than 25 existing Vantage workflow templates to find one designed to handle a similar problem and make further adjustments. As the template library grows, more set-ups become available to handle a wide array of transcoding challenges.

When the Vantage system was installed in 2013, it was configured to run on a single 1RU Lightspeed Server. However, Knowledge Network recently added the second Lightspeed to boost processing speed and productivity as well as provide redundancy and backup to the primary server. Lightspeed accelerates video processing and H.264 transcoding with GPUs and multicore CPUs.

Having two Lightspeeds is extremely advantageous for processing complex media activities such as simultaneously merging closed caption files with multiple episodes of a series, flipping from one file format to another and ensuring the audio levels will conform to industry standards.

Serving the OTT audience
The increasing demand for OTT delivery, required Knowledge Network to build a supportive workflow. Vantage Transcode Pro takes the 50-Mbps broadcast file, flips the file one more time optimizing it to meet the requirements as a mezzanine file and FTPs it to Kaltura, an open source online video management platform and content distribution network. Kaltura handles multiplatform distribution of the programs for VOD and streaming playback on a variety of devices.

Because Knowledge Network is commercial-free, most of the programs require interstitial programming to fill the gaps between shows. This interstitial content may include promos, branding, samples of programs, short programs of less than five minutes and unique commissioned B.C. content. When the two Pipelines ingest new content to create the high-bitrate master, they also send this file to one of two 24-terabyte Facilis SANs shared by the network’s three Avids and Final Cut Pro editing suites. After the editors finish crafting the interstitial material, they transfer those files to the Facilis SAN that supports the Vantage workflow and broadcast chain.

“The reality is that there are many cost and operational efficiencies associated with migrating to an automated file-based workflow,” said Eichel. “And since we acquire content in a variety of formats from global distributors—which we broadcast to a growing audience that wants to watch our programming anywhere, anytime, on any connected device —the Vantage workflow is vital to our business.”

To get more information about Telestream or products mentioned, call 1-530-470-1300, or visit www.telestream.net