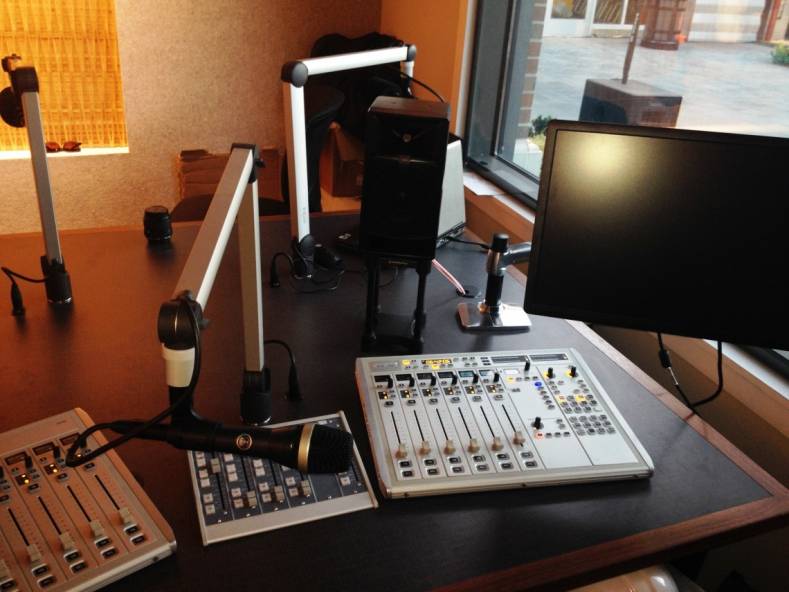 Northridge’s own public radio station, KCSN 88.5-FM/Los Angeles, has been built inside the shopping center.

A variety of HARMAN Professional Solutions technologies, including JBL loudspeakers, Crown amplifiers, AKG microphones and Soundcraft and Studer mixing consoles, were recently installed at The Village at Westfield Topanga to increase support of brick-and-mortar merchants. The Southern California retail center combines shopping, leisure, premium restaurants, bars and spas. It also includes a live music venue and a radio station, thanks to a collaboration between the Westfield Corporation and California State University, Northridge’s own public radio station, KCSN 88.5-FM/Los Angeles.

HARMAN Professional Solutions was involved in the creation of the KCSN studio and an adjacent stage for the station’s upcoming Live at The Village Concert Series. The exterior of the studio was outfitted with two JBL AWC129 loudspeakers and a JBL AWC82 loudspeaker, while the interior includes two JBL LSR705i monitors, one Crown DriveCore DCI 4|600N Network Series power amplifier, four AKG D5 microphones, four dbx 376 Tube Channel Strips with Digital Out and a Studer OnAir 1500 mixing console.

For the studio, KCSN chose the JBL LSR705i loudspeakers for their impressive output and ability to fit in a small space. The station gravitated to the AKG D5s as a cost-effective microphone that doesn't compromise on sound quality. KCSN produces its shows with a Studer OnAir 1500, a sophisticated, compact mixing console that gives the station an additional professional-grade fader unit, input/output (I/O) and integrated USB playback and record functions.

KCSN also selected a lineup of components from HARMAN Professional Solutions to equip the stage on which musical acts will perform as part of the upcoming Live at The Village Concert Series. With the goal of offering visitors dynamic live music with the sound quality of a professional concert venue, KCSN opted for two JBL SRX815P loudspeakers on two JBL SRX818SP subwoofers for the front of house and six JBL SRX812P loudspeakers surrounding the stage. The Soundcraft Si Impact mixing console was chosen for its ability to capture live performances while simultaneously providing a broadcast for future use.

“This is going to be a prototype for future retail branding,” said Sky Daniels, Programming Director at KCSN. “We’re hoping to work with Westfield on developing a network of other non-commercial music stations as they continue to evolve the retail experience nationally. We both (Westfield and KCSN) understood that the AV experience must be superior to what had previously been used in community center endeavors, and HARMAN Professional Solutions provided a comprehensive solution that perfectly fits our needs. This has become a collaborative partnership that we hope will lead to transformative possibilities for artist development on a national basis.”