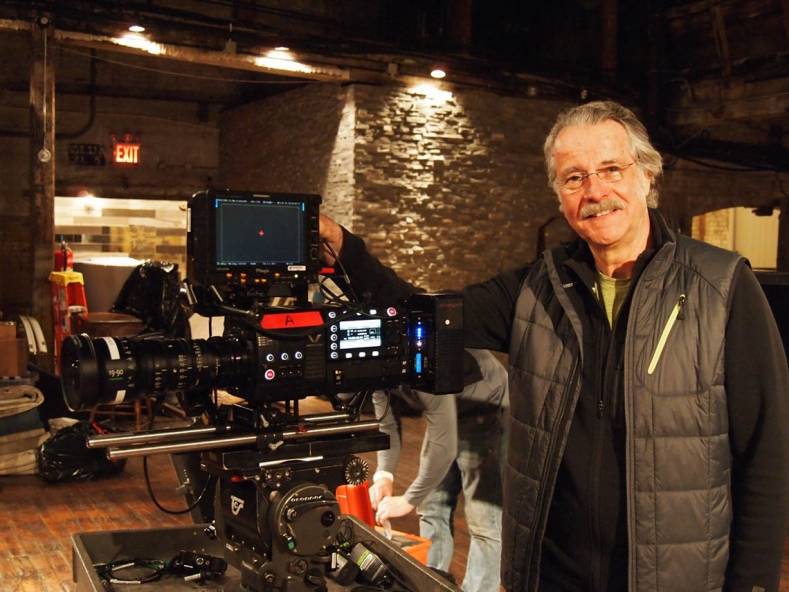 Dejan Georgevich, ASC, recently served as DP on ‘Once in a Lifetime’, a half-hour, rock ‘n roll television pilot shot with two Panasonic VariCam 35 4K cameras. Lifetime was written by Iron Maiden g bass player and songwriter, Stephen Harris. The pilot, shot in New York City over the course of eight days in November, tells the story of two aspiring New Jersey rockers (the real-life band Clayton-Ellis), who move to New York and by chance meet a legendary 1980s’ rock icon, whom they want as their manager and potential ticket to success.

Georgevich is an award-winning director/cinematographer working in television and feature film production, as well as a professor of advanced cinematography at New York’s School of Visual Arts. Television credits include the series Mercy, Cupid, 3lbs., The Book of Daniel and The Education of Max Bickford; documentary credits include HBO’s Arthur Ashe: Citizen of the World, PBS’ A Wayfarer’s Journey: Listening to Mahler and Ordinary Miracles: The Photo League’s New York.

During pre-production,Georgevich and his Digital Imaging Technician Dave Satin ran demos on the Panasonic VariCam 35 that included candle tests in pitch darkness. "It convinced us that this would be the right camera for this challenging pilot, which story-wise required a lot of night shooting in Brooklyn and Manhattan streets, rooftops and nightclubs,” Georgevich said. “Yet another low-light challenge was the young musicians’ hell hole of an apartment, which was lit only by a menorah (Hanukkah candelabra) because they forget to pay the electric bill.”

“The dual ISO of 800 and--in particular--5000 was highly impressive in low-light conditions. The pilot presented two ‘realities’ that the main characters were experiencing: the dreamlike nocturnal world of night clubs and bright city lights contrasted to the harsh light of their daytime reality." 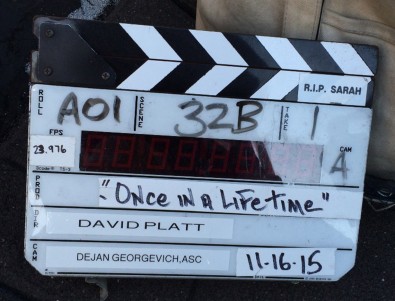 “This led me to reach out and seriously consider the Varicam 35, which proved to deliver unbelievably, especially in the night scenes where we set the camera at native ISO 5000 and dialed it down to ISO 1250, which provided no noise and such rich blacks in the images." continued Georgevich. "What’s more, I was shocked that the camera was registering T4.5 even in local night street scenes where we used scarcely any additional light.”

“We were working on a tight budget, and consequently my approach in lighting was to be as minimal as possible, going for dramatic high contrast ratios and very specific stylized color palettes, especially for the nightclub scenes, creating depth not only with light and shadow, but by combining dynamic color combinations that together were emotionally appropriate for the specific scenes and storyline,” Georgevich noted.

“The VariCam 35’s dynamic range of 14+ stops is quite impressive, and the camera rendered flesh tones and colors beautifully,” he added. “Along with LUTs that Dave Satin and I created, the camera offered a lovely, cinematic look--not a clinically sharp, cold, antiseptic video look.” Georgevich also cited the VariCam 35’s modular design, which allowed him to ergonomically fit the camera into tight spaces, specifically for interior car scenes.