With the surge in smartphone penetration, increased connectivity and the introduction of machine-to-machine connections, network operators are expecting data traffic to triple from 2015-2019 with mobile video set to account for 80 per cent of the final total in 2019.

At present, video is delivered on a one to one basis (unicast), meaning a request is put out to a server and an associated stream of content is delivered to the end user device. As consumption intensifies, the rise in global video demand will present both opportunities and challenges for operators, with the aggregation of these streams set to pose significant issues around network congestion and performance. Performance degradation in turn impacts service quality and network access, halting progress in the introduction of advancements in premium video and ultimately impacting the operators ‘bottom line’.

What is LTE Broadcast?

To address the challenges posed by the surge in demand, the introduction of Long Term Evolution (LTE) has enabled operators to use the technology to revolutionize video delivery in mobile networks.

Quickplay example workflow diagram. A solution must include multiple streams, plus targeted advertising and options for the service providers to monetize content.

The initial benefit of LTE Broadcast is gains in efficiency. By ultimately increasing capacity, operators reduce costs and improve experience levels as network traffic intensifies. Additional benefits for operators include:

Defining the use cases

LTE Broadcast can be used to power enhancements to a TV Everywhere solution, or as the foundation of a complete premium television offering with wireless content delivery. If a service provider has an existing TV Everywhere solution in-market, LTE Broadcast provides the foundation to deliver enhanced viewing experiences with live events. The benefit for the end-user is the ability to access HD quality premium content that would have otherwise not been accessible. The experience might include multiple angles of an event or custom news feeds delivered directly to the second screen, in parallel to a main event on the first screen.

Network constraints mean that while service providers can offer mobile viewing of live events, the ability to view inside the venue itself is unavailable. LTE broadcast offers a solution by enabling a single copy of a video stream to be consumed by thousands of end users simultaneously, making in venue video a reality and providing the ability to watch performers up close and on stage on your own personal device as the event occurs. The vast majority of LTE Broadcast field trials conducted to-date has featured an in-venue experience covering a wide array of events including football, soccer, cricket and auto racing.

With the emergence of the internet of things (IoT) as a major industry force, 4G LTE networks are poised to power the explosive growth of these machine-to-machine (M2M) connections. Digital Signage, firmware, OS updates, real time news alerts and other mass data distribution can be delivered seamlessly over LTE Broadcast. 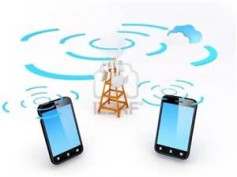 4G LTE delivery need not only be targeted at video delivery to mobile phones. Other applications include; IoT, M2M, Digital Signage and other use-applications where data mobile streams are needed.

Many mobile network operators (MNOs) are rolling out LTE Broadcast as part of an upgrade of their networks to LTE Advanced. However, enabling LTE Broadcast capability in the network is only the first step. Critical to leveraging the investment in LTE Broadcast is a proven service delivery platform. While not as mature as TV Everywhere and OTT video services, one of the key advantages to LTE Broadcast is that an integrated ecosystem is in place to bring together eMBMS infrastructure and devices to trial and commercialize the technology. MNOs might also consider a managed end-to-end solution to leverage the market, reduce complexity and carry out the transition to Next Generation services.

In order to prove the concept for network operators, service providers need to get the basics working and build from there. They must build and deploy, in a lab or across a campus with a basic system validating the flow of content from its source to the mobile application.

As with any service launch, it is important to build a strong business case that will achieve the objectives for the service, whether providing a new revenue stream or increased business efficiency and cost savings. Rather than build the platform themselves, MNOs should look to external video specialists to improve the ability to get to market quickly and cost effectively. Doing so not only enables savings in capital and operational expenses, but allows the operator to enter new business discussions that focus on leveraging assets more efficiently.

One of the main benefits to operators is their ability to leverage expertise while trialling services. MNOs partner with leading providers to validate the core technology and test LTE Broadcast services.

The ultimate use for LTE has yet to be defined. The bottom line is that users must be satisfied with the service to they will continue their subscriptions.

Partnering with a specialist provider can yield a number of benefits through leveraging the strength of an experienced ecosystem with the added advantage of best practices from the field. A true managed service model should cover all the components related to video delivery while enabling enhanced, differentiated viewing experiences.

As LTE broadcast ‘comes-of-age’, the next wave of Next Generation viewing experiences will soon be a reality. What makes LTE-Broadcast distinctive are the new business models and applications that it can enable from digital signage to push VOD and in venue applications, which is critical to monetization, user engagement, and commercializing non-conventional business models.

In order to seize the opportunities associated with LTE Broadcast, both operators and content programmers must consider all the steps necessary for robust service delivery. Doing so opens up new avenues for revenue generation, while leveraging the knowledge gained through multiple deployments and trials globally.