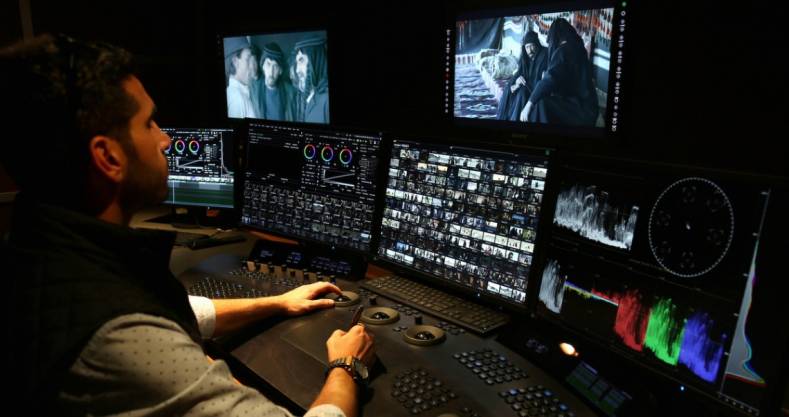 Jordanian television producer and facilities company Arab Telemedia Group has integrated a new colour correction pipeline into its production and post-production chains. The company is now using a full grading management system developed by UK manufacturer FilmLight to work on its productions, including the telenovellas that it develops and makes for both domestic and international distribution.

Arab Telemedia Group was founded in 1983 by Adnan Al Awamleh, who started in the broadcast industry as a cameraman for Jordan TV in 1968. After pursuing higher education at Beirut Arab University and BBC Institute, he rejoined Jordan TV as a director, working on documentaries. Al Awamleh went out on his own initially with Arab Telemedia Productions, which became a leading producer of Arab 'epic dramas'.

Al Awamleh stepped down from running the company in 2002 to pursue his own projects but continues as chairman. He was succeeded as chief executive by his son Talal, who has continued the founding vision to "serve the Arab media by using the most modern technological equipment and attract the most talented and qualified Arab artists in the fields of writing, directing, shooting and acting".

By implementing the FilmLight Baselight pipeline the company has extended the grading process backwards to the shoot, with four FLIP systems for on-location pre-visualisation. The FLIP gives a live, on-set preview of the camera's output, with the ability to make colour changes that can then become part of the final grade.

This is regarded as an efficient way to find a look during the initial stages of a production, although these are not imposed on the later grading process. Settings are saved as metadata in the Baselight Linked Grade (BLG) file format, which enables information to be exchanged between different FilmLight systems. BLG files contain grade data, inlcuding Truelight cubes, conform metadata and keyframes, which can be loaded into Baselight TWO workstations during post-production.

Arab Telemedia works on dailies using five Daylight systems, with the ability to finesse the FLIP settings. The grade is then made using a number of Baselight Editions for Avid. This software plug-in is fitted in Avid editing systems, with the new free-to-read feature in Baselight for Avid allowing grades to be read without the need to buy a licence. Late alterations can be loaded in as an AAF on any Media Composer workstation.

On-set grades can be passed between the location and the edit suite as BLGs. These can then be transferred to the colourist, by carrying the director of photography's vision through the production and post-produciton chain.

Arab Telemedia first used this extended Baselight methodology on the series Waed Al Ghareeb (The Promise). This high-profile, 30-episode production was shot on a tight timescale but with the brief for a high quality look. Arab Telemedia Group chief executive Talal Al Awamleh says the renderless, metadata-based system had the potential to deliver in this case.

"At that time we were making a huge investment in Avid technology," he says, "so the fact that Baselight Editions could add colour grading to the edit stations was a significant benefit. It means we can see precisely what the finished product is going to look like, at any point from the set to the finishing suite. Producers are reassured and we know we are getting the best possible quality, quickly and economically, because we have a colour pipeline that is without equal in the Middle East."

Arab Telemedia is now using the Baselight/Avid pipeline on two more high-end dramas; Malik bin Al Rayeb and Rakan Bin Hithleen will be transmitted during Ramadan from June to July 2016.