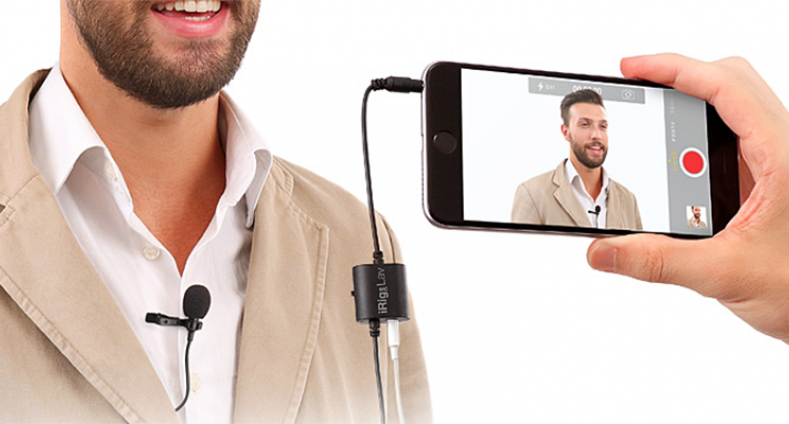 With tough competitors like Shure and Rode, IK Multimedia has come out with a professional lavalier microphone for smartphones with a unique twist: the ability to daisy chain mics together.

IK Multimedia’s new iRig Mic Lav mobile lavalier microphone delivers professional quality audio to smartphones — something several manufacturers including Shure and Rode have recently introduced. But what makes the iRig Mic Lav unique is how it daisy chains to add a second mic for interviews.

The iRig Mic Lav is an omnidirectional capsule similar to the kind generally used by on-air talent on video and broadcast shoots. It has a small switchable box near the TRRS connector with a jack that gives the user the ability to either monitor the mic with headphones or use two mics to record at once on the device.

Designed as a mobile audio solution for video, web, film, television and other broadcasting purposes, it features a condenser capsule, a foam pop shield, a secure mounting clip, on-board monitoring output and a 66-inch cable length. It works with any iPhone or Android device with a compatible TRRS input jack compliant with the CTIA/AHJ wiring standard.

IK Multimedia said the Mic Lav was designed to meet the demands of broadcast professionals. It’s omnidirectional condenser capsule has a 30Hz - 16kHz frequency range and, with the pop filter, reduces vocal plosives, wind noises and other undesired sounds. It can be easily mounted on a shirt or lapel.

Rode’s competitive SmartMic offers an optional adapter that allows two mics to be used with a second microphone and headphone monitoring. That requires a third separate adapter. The iRig mic, however, is the first with built-in capability for two microphones and on-board monitoring.

The mic’s little connection cube has a combo ⅛-inch TRRS port that can be two ways. Users need to set the toggle switch next to the port to “monitor” and then they can plug in a pair of headphones to start monitoring. When it is switched to “mic,” the jack that can be used to connect a second iRig Mic Lav or any other brand of lavalier mic with a smartphone connector. 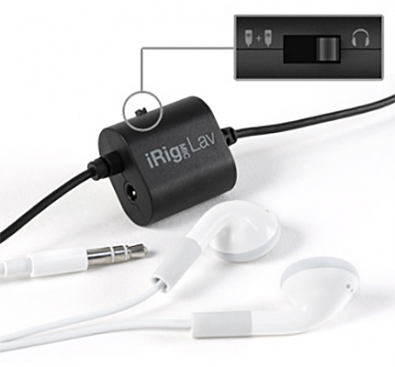 I plugged in the iRig mic to an iPhone and connected a Rode Lav with an iPhone adapter into the jack. Both mics worked fine, with the levels equal. With this device, both mics are mixed and are recorded on both channels. There is no capability for channel separation or separate gain adjustment. Though the Rode Lav ($250) costs five times that of the iRig mic, the mics sounded essentially the same in the experiment I conducted.

A single iRig Mic Lav is priced at $49.99, while a two-pack is priced at $79.99. Using an iPhone or Android phone with these mics and auto syncing software like Red Giant’s PluralEyes or Woowave DreamSync allows videographers to get around using a wireless microphone. It is a solid alternative that works well. 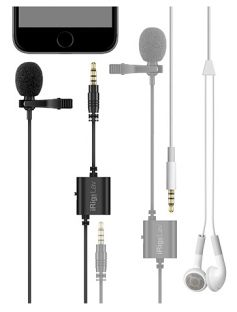