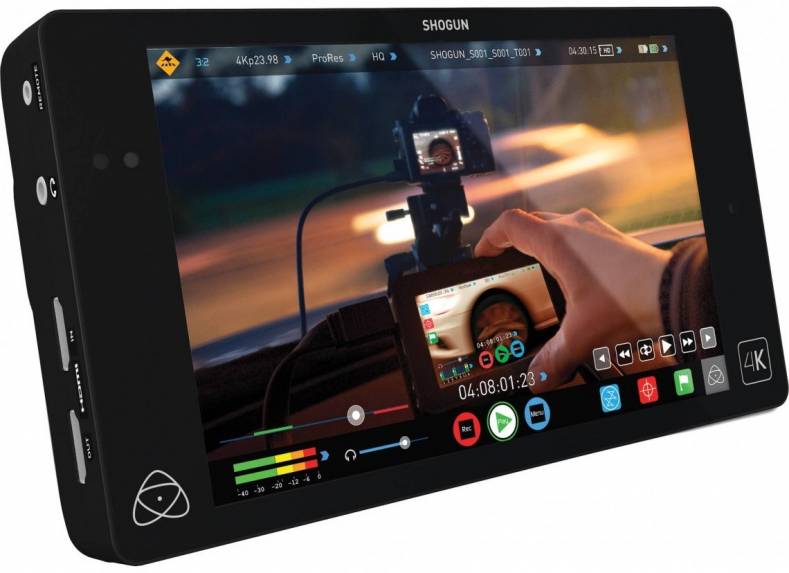 A new alliance with Ikegami has resulted in a new Atomos SDI Camera Status Open Standard for the Shogun recorder/player.

In addition, the company announced a new alliance with Ikegami that has resulted in a new Atomos SDI Camera Status Open Standard for Shogun. This “standard” allows status information, Record, Review, battery time and disk space remaining to be displayed on the camera’s viewfinder or monitor. Development of this standard will be complete by the end of 2015.

Atomos said that in the same way that edit friendly, visually lossless codecs like Apple ProRes or Avid DNxHR/DNxHD have become the standard camera recording format in filmmaking, adopting ProRes/DNxHR as the Broadcasting standard from ISO feeds through to live feed recording will streamline the broadcast workflow process and guarantee quality. Until now this has meant purchasing and installing separate external recorders, waveform monitors and playback decks, but with Shogun Studio all of these devices converge into a single 3RU device. Shogun Studio makes this transition to a ProRes/DNxHR 4K workflow easy by combining the latest 4K/HD recorder, monitor and playback technology with Atomos’ industry leading usability and affordability.

The Shogun monitor-recorder is often used to record ISO feeds because it combines 4:2:2 10-bit ProRes/DNxHR recording with a calibrated 7-inch monitor that includes a complete set of scopes and focus assist tools. At the InterBEE 2016 Show, Atomos will demonstrate a new open standard under development to allow status information from the Shogun (battery level, media space, recording tally light etc.) to be displayed on the viewfinder or screen of supporting cameras. In conjunction with existing start/stop trigger convenience, this means that camera operators can set up their shot accurately and set their recording parameters on the Shogun and get back to their camera’s viewfinder confident that all of the information they need from the Shogun remains in view. Live demonstrations of the new open SDI standard will be available on both the Atomos and Ikegami booths at InterBEE 2016.

Jeromy Young, CEO and co-founder of Atomos, said that the HDMI Trigger and Timecode open standard has been adopted by more than 200 companies. The Atomos SDI Camera Status protocol allows any camera to record to ProRes and use the viewfinder, telling the operator what state the Shogun is in.