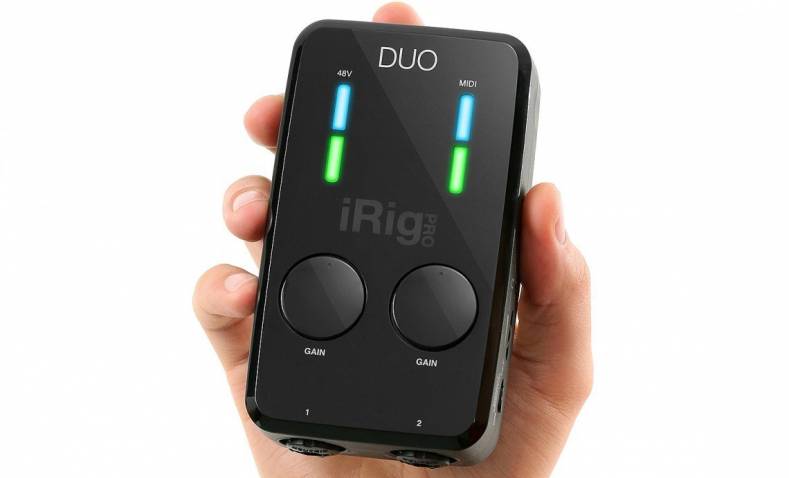 Almost month by month, new professional audio recording technology hits the market that is driving costs down and quality up in smartphones like the iPhone, Android and iPad. Now, a new device has been introduced that breaks the cost barrier.

IK Multimedia, a company targeting mainly musicians, has a new device called the iRig Pro DUO that goes beyond musicians and turns a basic smartphone into a high-definition two-channel microphone preamp for recording and broadcasting.

The new iRig Pro DUO, priced at only $199, offers studio-quality audio and a whole suite of features found in interfaces costing more than three times the price.

The top flight microphone preamps ensure compatibility with dynamic and condenser microphones, the latter requiring phantom power, which is available on the iRig Pro Duo. Additionally, the inputs can handle line level or high-impedance instrument signals, such as guitar and bass instruments, while the MIDI I/O is available via the included TRS to MIDI DIN cables.

Other features include dedicated gain controls for the inputs, direct monitoring for latency-free recording, and multicolor LED indicators that provide feedback for recording levels.

It is self-powered via two AA batteries, via USB for a Mac/PC or via an optional wall power adapter. The palm-sized device is suitable for use in a variety of recording situations, ranging from live, on the road or in the studio. It comes with a series of cables that connect with USB, Lightning and other connectors.

For high-quality 24-bit audio and video interviews, it allows two professional microphones to be connected and powered via 48 volts. Each channel can be controlled and sent to left and right channels on a smartphone or iPad. That makes it excellent for news interviews, podcasts or other two mic applications.

For live music performances, the iRig Pro DUO’s balanced outputs can drive any kind of input. The totally floating design of the interface’s balanced outputs protect it from potential ground loop issues and buzz when performing onstage with iOS devices or laptops.

This makes it an interesting option for live performing musicians that want to connect their gear directly to the stage audio system without having to use any special cables or DI Boxes.

The iRig Pro DUO comes with several useful apps and software from IK Multimedia that allow it to work right out of the box. These include software tools like AmpliTube Metal, SampleTank SE and T-RackS Classic for Mac and PC as well as a full complement of recording and processing apps for iPhone, iPad, iPod touch and Android devices. 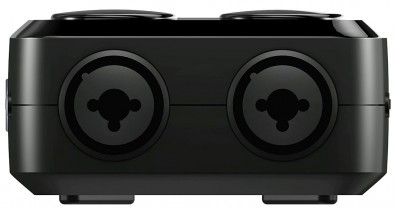 iRig Pro DUO is at first overwhelming until you decide which application you want to do. With two professional lavs, I found it was plug and play with my iPhone and recorded two pristine channels to a free application. But it works with other devices and software in a wide range of configurations.