Some solutions, masquerading as cloud, have no elasticity say Veset.

Many vendors hardware-based technologies are masquerading as cloud playout solutions while the industry itself is suffering from a psychological barrier of insecurity. These are some of the strongly argued views of Veset CEO Igor Krol. Veset was founded in Latvia in 2011 and was among the first companies to build and deploy a fully Cloud-based playout solution from the ground up. Its main product brand Nimbus offered as a pay-as-you-go SaaS to broadcasters.

BroadcastBridge: There is some confusion about what Cloud means in the playout context. What do you mean when you talk about Cloud?

Igor Krol: One of the misconceptions in the broadcast industry has been in defining the cloud as nothing more than a remotely accessed virtualised server in a data centre.

Virtualisation and the cloud are separate technologies, albeit with similar goals – to provide a way to run multiple software processes on the same hardware, thus increasing the mean-average hardware resources usable at the same time, and making sure that the available hardware is used to its full potential.

Virtualisation does not deliver elasticity and pooling comparable to cloud technology, and therefore demands a substantial commitment of IT and engineering resources to manage virtualised applications.

Virtualising applications often originally developed for proprietary systems including GPUs is a challenging task and often requires specialised hardware/servers, which are not plain vanilla cloud resources. This approach does not allow users to extract maximum benefits from ever-falling cloud resource costs.

At the moment, the majority of hardware vendors have been marketing remotely accessed traditional playout hardware servers as 'cloud playout solutions', in some cases with additional layers of web-based consoles. The architecture suggests that you place the manufacturer’s hardware in a remote data centre and operate playout remotely via the internet.

In reality, such an approach has little to do with cloud philosophy, and cannot be called a cloud solution. Such solutions masquerading as cloud have no elasticity because computing resources of such specialised playout hardware cannot be dynamically managed. Ultimately, users have to bear the high cost of acquiring and operating traditional hardware.

BroadcastBridge: To what extent can playout infrastructure be shifted to the Cloud now?

IK: When it comes to operating a linear television playout, the playout itself as well as all the elements of the linear channel workflow, can be shifted to the Cloud. Veset allows 100 percent of the workflow to be done in the Cloud. This includes quality control, ingest, metadata extraction, transcoding, audio normalisation, media asset management, playout, output encoding, transport over IP to headend, compliance recording, as-run logging, monitoring.

What is important to highlight is that traditional broadcast experts challenge the ability of cloud solution providers to provide security and reliability of traditional ASI/SDI based systems vs cloud/IP based ones. These aspects are consistently quoted as perceived Cloud playout weaknesses, however the reality is such that there are only two Cloud playout providers and experts who opine on the subject matter and who often have little expertise or exposure to that new technology.

Hence such an opinion lacks substance and is more focused on traditional outdated information rather than facts. IP/Cloud technologies are developing fast across the board. Risk aversion to the cloud is reducing as broadcasters are becoming more open to public cloud infrastructure and security, especially as industry leaders such as Netflix, Channel 4, and others openly promote cloud as a mainstay of their business.

BroadcastBridge: In all seriousness how easy is this shift – what does it entail?

IK: This shift entails an understanding of new technologies, and obtaining new IT/IP skills to be able to understand and re-evaluate playout architectures. Also, it is understanding that industry is in flux and that you have to be constantly re-evaluating and testing new solutions coming to the market. The fact that you have tested a so called Cloud solution twelve months ago does not mean that it 'does not work' for you. Actually, it may not have been a Cloud solution at all.

When it comes to linear television playout, we see that broadcasters are still stuck in their old ways, and struggle to think outside the existing ASI/SDI, proprietary hardware and GPUs paradigm. At best, they try to squeeze new technologies into old packaging. A glaring example of such thinking is the constant request to provide SDI over the internet.

When shifting from the old paradigm to an IP/Cloud-based one, broadcasters have to take a step back and understand their actual and commercial priorities and then structure their playout operations/services in a new way.

Many limitations, which broadcast engineers faced before, are not there, and others, related to the internet or cloud are new. All those concerns can be addressed in a cost efficient and reliable manner if solutions’ architecture is structured properly. However, it is the psychological fear of new technology not the actual technology, which is the most challenging in that shift.

For example, there is no process of ordering, deploying, connecting with ASI/SDI cables of various elements of hardware, or installing of channel-in-the-box. With cloud playout one can launch a new channel within minutes, but engineers still need to know how to get the IP feed into the headend, what solution architecture is the best aligned with the business and so on.

More thinking out of the box (channel-in-a-Box?) is required, but it opens more room for creativity. In the past launching a temporary channel was uneconomical, since you had to source playout hardware as well as operate it and that made no economic sense. Now if you have content available you can launch a proper linear channel within a day and run it for a few weeks and close it without breaking the bank. 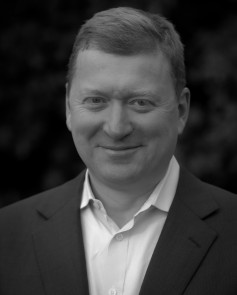 Igor Krol: More thinking out of the box is required

BroadcastBridge: What are the barriers - business, technical, psychological - to adoption?

IK: The main barriers are psychological. Linear television is built around a very conservative paradigm of reliability and security. However, linear broadcast has been under constant pressure from new forms of television such as OTT, video-on-demand and streaming services that have driven significant and continuing changes in the way consumers discover, access and view content. Cloud infrastructure and Internet technologies have been at the heart of these disruptive new entrants because of the unprecedented scalability and reach they offer.

To stay competitive and augment, if not replace, their linear heritage, it’s time for broadcasters to embrace cloud technologies to secure their place in the future of television by becoming more flexible in their ability to deliver high quality, curated content to increasingly fragmented audiences. Playout solutions developed specifically for the cloud now provide flexible tools that are credible, reliable replacements for traditional hardware-based technologies.

From a business and commercial perspective we see that while broadcasters associate cloud playout with much cheaper alternatives, expecting 30-50% savings compared to hardware solutions, they fail to account for;

For example, very often Tier 2-3 broadcasters cannot afford to have separate disaster recovery using traditional playout architectures, whereas using Cloud playout it can be easily built in for a fraction of cost as clouds are offering built in redundancy.

The cost of engineers looking after hardware whether locally or remotely hosted and management time dedicated to that is never accounted for. Currently, the stance is that if a broadcaster has an engineer on a payroll his labour is assumed to be “free” and hence buying an extra piece of hardware is more competitive.

Key decision makers need to understand the full value of Cloud to their entire operating costs and not just compare cloud solutions to particular channel-in-the-box hardware. Cloud playout has by default a service element to it and often it has substantial savings on maintenance.

From a technical perspective at the moment the only issue down the value chain is the reluctance of traditional satellite and cable head-end operators to accept IP. This is mainly a reflection of conservatism persisting. Veset is closely working with its long time partner Zixi which transports linear feeds using IP to distribution points. However, for the headend industry to stay relevant it will have to open gateways for linear feeds delivered to IP.

Obviously in some territories such as India or Africa where the internet is unreliable, Cloud play out has its challenges, but even here, there are solutions that can be structured to address those issues and still maintain high availability SLAs.

BroadcastBridge: What type of media organisation or application (i/e DR) will move to Cloud playout first?

Whilst there is a lot of talk about DR and cloud playout indeed offers an excellent opportunity to provide cost efficient DR, it cannot be taken out of context of the discussion above. If a broadcaster has little understanding of cloud/IP and has an inherited distrust in new technologies, whether DR or primary feed, such an operator will struggle to understand the value of cloud playout. If a broadcaster wants to implement a DR cloud solution he has to re-engineer some of his workflows and although it is a great way to tip ones’ toes into the cloud playout realm, it does require genuine effort.